John and Joyce Sheridan Murders: How Did They Die? Who Killed Them? 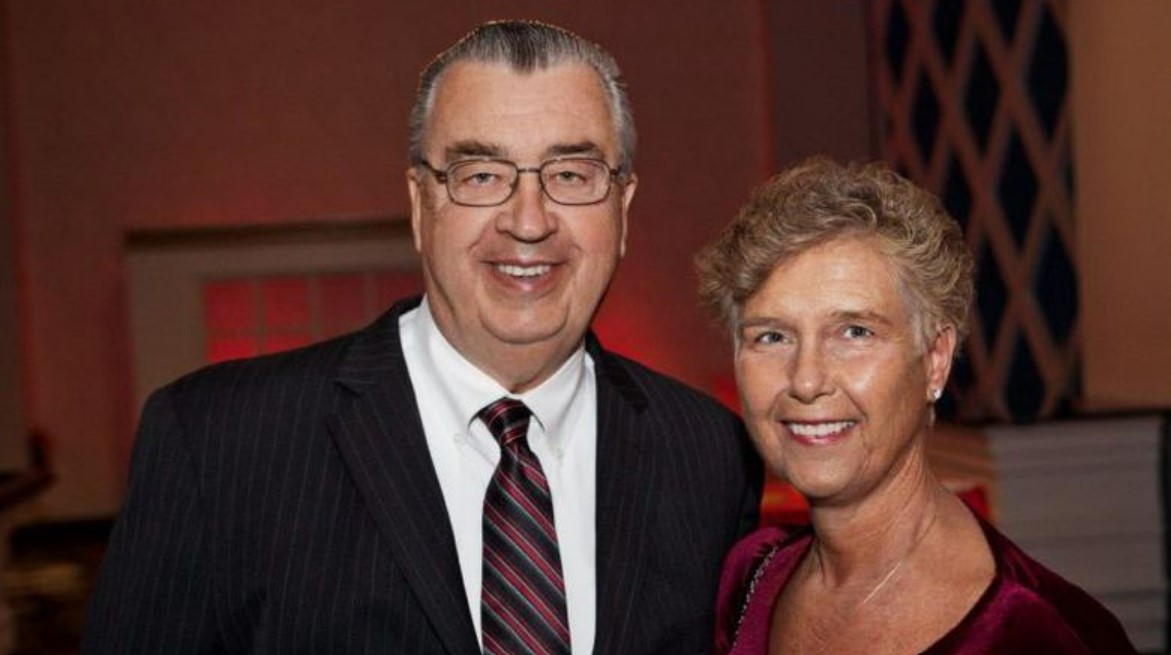 The day of September 28, 2014, marked the beginning of a high-profile investigation in Skillman, New Jersey, that has seen many twists and turns since. John and Joyce Sheridan, a loving couple of more than four decades, were found in a blaze of fire in their bedroom, prompting many questions regarding their deaths. WNYC Radio’s ‘Dead End: A New Jersey Political Murder Mystery’ is a podcast that delves into this very case. So, if you’re wondering what happened, we’ve got you covered.

How Did John and Joyce Sheridan Die?

John Sheridan had some considerable political ties at the time of his death. He was the Transportation Commissioner in New Jersey during the early 1980s and was instrumental in creating the NJ Transit System. In 2005, John joined the management team at Cooper University Hospital in Camden, New Jersey. When the incident occurred, the 72-year-old was the CEO of the hospital. John had been married to Joyce, a 69-year-old retired high-school teacher, for about 47 years.

During the early morning hours of September 28, 2014, the authorities rushed to the Sheridans’ house and saw smoke billowing out from the master bedroom. Once the flames were extinguished, they found John and Joyce’s bodies face up. John was found at the foot of the bed with an armoire over him, while his wife was located to the left of the bed. The fire was determined to have been started deliberately using gasoline on the floor.

An autopsy showed that Joyce had been stabbed about 12 times with most of the wounds on her face. One stab wound to the chest pierced her aorta; she had defensive wounds on her arms and suffered burns. John had stab wounds to his neck and torso, with one of them causing a perforation of the right jugular vein. There was evidence of John inhaling smoke, indicating that he was alive when the fire began.

The authorities initially ruled it a murder-suicide, claiming that John killed his wife before killing himself. There was no forced entry at the scene, and the medical examiner believed that John’s cuts were “hesitation wounds.” A carving knife found in the bedroom was confirmed to be the knife that killed Joyce, but the weapon that caused John’s wounds was never recovered. Furthermore, the police found a can of gasoline in the bedroom brought up from the basement. But in January 2017, the authorities reversed John’s manner of death from suicide to undetermined.

Who Killed John and Joyce Sheridan?

At the house, many of the entrances were unlocked. Items of value in the house were undisturbed, including about $950 on the nightstand. Furthermore, none of the neighbors noticed anything suspicious around the time of the incident. The carving knife was found in the bedroom along with a serrated bread knife, but the latter could not have caused John’s injuries. However, the family disagreed with the murder-suicide ruling. John and Joyce’s four sons were vocal about it and went about trying to find answers.

The couple’s phone records and emails didn’t suggest any extramarital affairs or financial issues. The authorities’ report only mentioned John being agitated regarding something work-related, but that was about it. The family then mounted a legal effort to get John’s manner of death changed. They hired a pathologist, Michael Baden, to take another look at the case and the autopsies. In June 2016, Baden said that the evidence pointed to it likely being a double murder and not a murder-suicide as ruled before. He believed that an intruder wore gloves and came in, wanting to hurt the Sheridans or rob them.

Furthermore, Michael said that there was unknown male DNA on one of the knives and blood spatter near the master bedroom that signified an attack. John’s wounds were deep and thin and not superficial and self-inflicted, as suggested earlier by the authorities. Not just that, an insurance agent found a fire poker in the bathroom, with Michael offering that the blunt force injuries John had could have been caused by that and not the armoire falling on him.

Apart from John showing no suicidal tendencies before the incident, he didn’t have Joyce’s blood on him, making it unlikely that he was the killer. Earlier in May 2016, a detective that worked on the case alleged that the prosecutor’s office mishandled evidence. He claimed that evidence from the bedroom was not stored correctly and added to seeing one of the officers throwing evidence in a dumpster.

In January 2017, the medical examiner’s office went back on its prior ruling and changed John’s manner of death to “undetermined.” But the cause of death, a combination of sharp force injuries and smoke inhalation, stayed the same. In early 2022, the authorities came across another case where Sean Caddle, a political consultant, hired two men to kill Michael Galdieri, who worked for him. Michael was also stabbed to death in his apartment, which was on fire. In light of this event, Mark Sheridan, one of the sons, wanted the authorities to look for connections to his parents’ deaths.

Read More: Where Are John and Joyce Sheridan’s Sons Now?