Where are John and Lonnie Hambrick from My 600-lb Life Now? 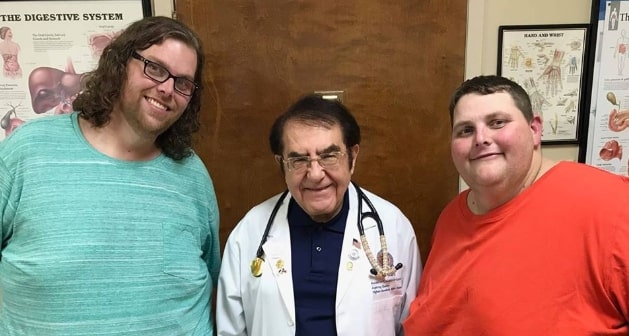 TLC’s popular docu-series ‘My 600-lb Life’ had recently aired its latest season at the beginning of 2020. The eighth season featured around 15 clinically obese patients looking to shed weight and regain their health. The show had one of its best runs with the most successful stories and inspired people worldwide. John and Lonnie were two such patients whose grit and determination were fiercely applauded! The brothers not only lost weight on the show but also stayed committed to the process after the filming wrapped up.

Lonnie, 35 years old, and John, 34 years old, belonged to different cities in Texas. The two jointly made the decision to travel to Houston and enroll in Dr. Now’s weight-loss program. The duo opened up about their heartbreaking journey and what exactly triggered their addiction to food.

By the time the brothers were around ten years of age, both of them were around 200-lbs. This happened due to their mother’s remarriage. Their step-father ill-treated the duo, which in turn led them to search for safety and comfort in food. Another issue that caused their addiction to spiral out of control was when Lonnie came out as gay as a teenager. His mother was a religious and conservative woman who had raised her children the same way and chose to ignore the revelation. John, too, couldn’t process the information at that time. This made Lonnie withdraw into his shell and food helped him cope with his depression. John took to food as well as a means to deal with the growing distance between him and his brother.

But the duo soon realized the consequences of their weight gain. After joining Dr. Now’s program, they worked together and motivated each other. Both of them admitted that the process was extremely challenging and not for the faint-hearted. The changes in diet and inclusions of exercise regimes made the journey tougher than they had expected. By the end of 12 months, Lonnie, who had weighed 612.7 lbs, managed to lose 245 lbs and came down to 368 lbs. John, who had weighed 686.5 lbs, lost 294 lbs and came down to 393 lbs.

Where are John and Lonnie Now?

John and Lonnie are back home and doing extremely well. The brothers have finally mended their relationship and are closer than ever, thanks to the program. Both of them had shared in recent interviews that they have been sticking to their diets, eating healthy, and staying active.

Lonnie also shared that he and John call each other daily for chit-chat and also to keep track of their daily progress. John added that he is now able to play ball with his son and spending time with his family has become easier. The duo emphasized on the fact that one should never give up. They feel confident and worthy again. This is definitely reflected in John’s Facebook post.

While Lonnie is keeping a low-profile these days, John has made a public Facebook page. He doesn’t update it much but he recently uploaded a picture of him and Lonnie, and the two definitely look slimmer and healthier! The brothers have also been hosting live sessions and answering fan questions about fitness and leading a healthy lifestyle.

Read More: Where are Jennifer and Marissa Jess Now?