Where is Joyce Del Viscovo From My 600-lb Life Today? 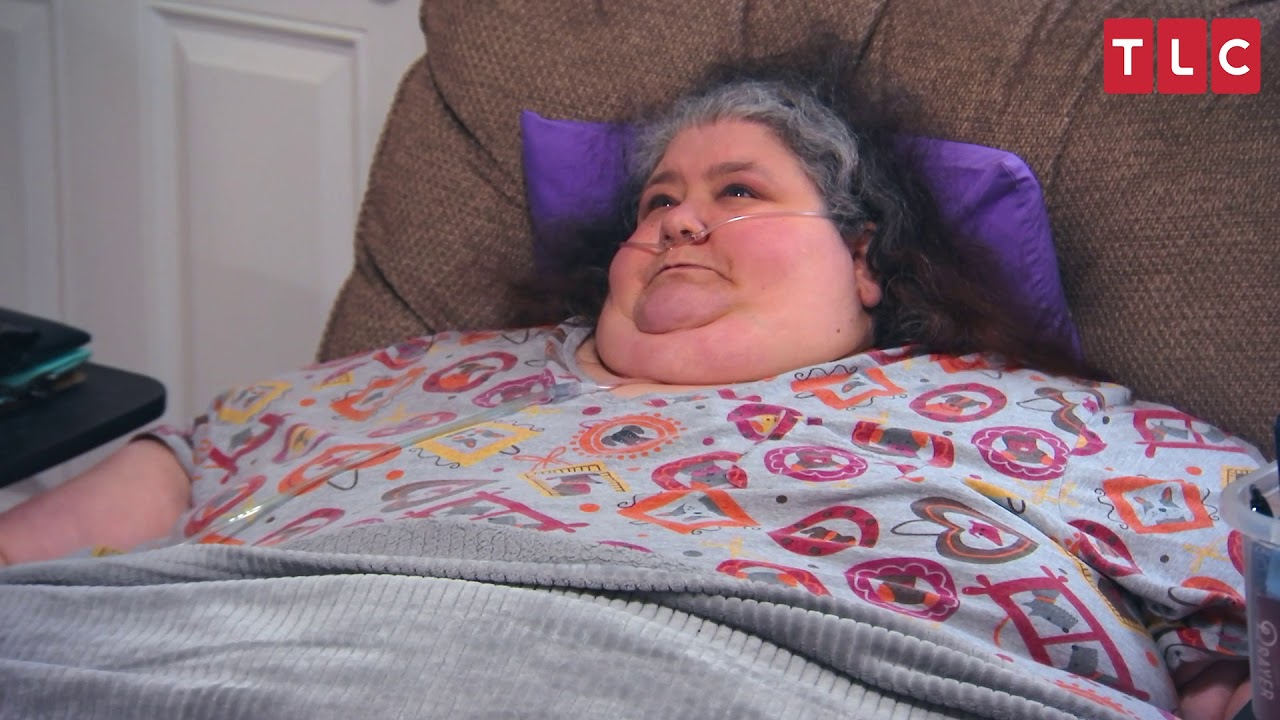 If you’ve seen TLC‘s ‘My 600-lb Life,’ you know that the series showcases the tremendous ups and downs of morbidly obese people as they share their stories with us and try to shed their weight so that they can start living a long and relatively normal life. Most of these people have lost their mobility along with their willingness to have social interactions; therefore, they have no other choice but to enter Dr. Now’s year-long intensive weight-loss program. And Joyce Del Viscovo was one such individual.

At 4 feet 11 inches and weighing around 759 lbs, Joyce Del Viscovo is one of the largest people to have been featured on the show. Introduced to us on season 8, episode 7 of ‘My 600-lb Life,’ Joyce, the 44-year-old, is a Kansas native. At the beginning of her episode, she got candid and opened up about how her food addiction is causing problems with her family and friends.

“I know my family and (my friend) Dawn are all worried about me too, and they don’t think I’m gonna make it much longer. But just like me, they keep doing what they’ve been doing and help me eat this stuff I’m not supposed to have now,” she was heard saying during her voiceover. “I almost kind of have the attitude of like “duh, I don’t get this big eating small amounts so why would you expect me to do so?” So I just want to say, you know. “shut up and give me the food and then leave if you have a problem with it.””

Joyce’s dependency on food began at an early age after her parents got divorced. At the age of 8, Joyce’s mother moved in with her boyfriend and left Joyce in the care of her grandmother, who fed her as a way to make her happy and unknowingly started her food addiction. Joyce had reached 90 lbs at the age of 9, and when her mother came back and saw the state of her, she forced Joyce to go on “abusive diets.”

The strict diets only worsened her condition as she started sneaking in food. “No matter what anyone did, I found a way to get food,” she said. When Joyce was 16, she got a job at a fast-food restaurant and had crossed the 300 lb mark by the time she turned 18. She gained even more weight in 2 years and was in the mid 400’s when she was 20.

Her weight became a major issue in her adult life and got so bad that she had to close down the daycare center she ran. Unable to move a lot or work at her dream job, Joyce hit a low point, which made her eating habits get worse. Realizing that she needed help, she finally went to visit Dr. Now in Houston, Texas.

Where is Joyce Del Viscovo Now?

Dr. Now put Joyce on a strict diet plan to help her lose weight on her own before he could offer her a weight-loss assist surgery and suggested that she see a therapist to work on her childhood trauma. During her year, Joyce had lost around 150 lbs but also ended up gaining some weight back.

She claimed that Dr. Now’s diet program was “unfair” and “unreasonable” when she couldn’t lose more weight. She also said, “I’m not failing the program, the program is failing me.” Joyce ended the year refusing to continue on with the program and left with the end weight of 623 lbs, having lost a total of 134 lbs.

It’s not clear whether or not Joyce proceeded with her weight-loss journey on her own. We were able to find her Facebook page, but she hasn’t posted any update photo or status that would indicate what she’s up to now. But, we do hope to see her again on a follow-up, Where Are They Now? episode soon and wish that she is able to accomplish her goals of getting fit and reopening her daycare center.

Read More: Where Is Coliesa From My 600-lb Life Now?