Justice League Superheroes, Ranked From Least to Most Powerful

‘Justice League’, the movie DC fans had been waiting for since the animated series ended and ‘Man of Steel’ (2013) hinted at a possible DCverse, released last year opening to average reviews and less than glowing box office returns. The tale of DC’s much awaited superhero team-up having a troubled production from the beginning due to studio interference and Zack Snyder later stepping down from directing responsibilities following a family tragedy were commonplace not just for the fans closely watching every development on the film, but the common movie-goers as well. It was perhaps this, or the shaky start the DCEU has had, that made a potential audience lose faith in the final product.

As for me, I ended up enjoying the film, but alas, I had hoped it to be so much more. The team-up of DCs most iconic superheroes played by a string of talented actors had to be nothing short of spectacular. However, fans awaiting the film ever since its announcement were left bummed as WB’s ‘safe’ approach to mega-budget DC films left us with a mediocre film, one that will sadly, soon be forgotten. What won’t be, is these characters’ legacy and mythos, for irrespective of films, the source material these characters stem from is immortal.

That being said, here we take a look at the powers of all the members present in the cinematic version of Justice League and rank them from weakest to strongest, and determine whether they hold a light to how strong these characters actually are in the comics. This is going to be rather fun. 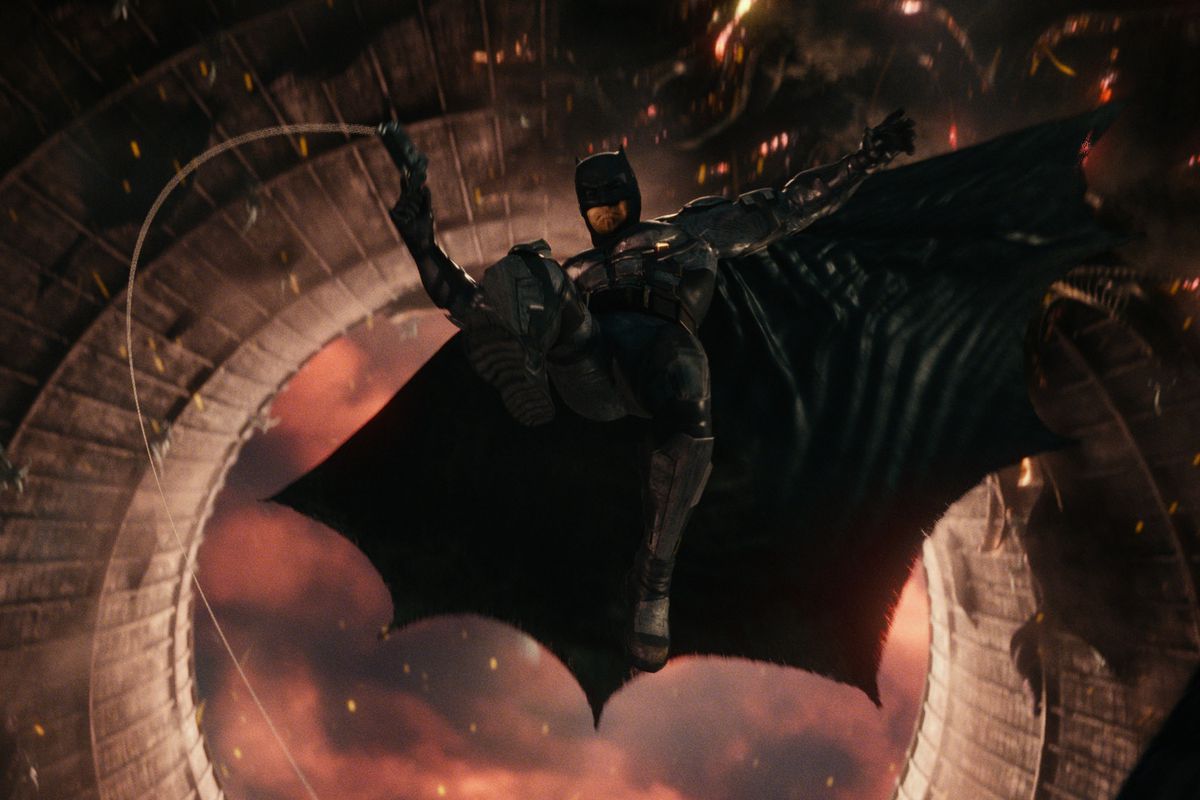 Perhaps the only list in the world that would put Batman in the last place, that goes without saying since he is the only character in the film version of Justice League who is not a metahuman. Certainly, given enough prep time, Batman would eventually beat them all (well, also because he is Batman) as he did Superman in 2016’s ‘Batman V Superman: Dawn of Justice’ and numerous other comic book arcs.

In fact, in a few others, Batman has potentially fatal information on all members of Justice League, in the case of a contingency. However, given a fair fight, the character, not being at the mercy of some brilliant writing will fall in front of a stronger metahuman, leave alone the wrath of a god. Sorry Batman, being rich isn’t a superpower, albeit very cinematic!

Next up in the list of most powerful members of the Justice League, is half man, half machine: Cyborg, alias Victor Stone, who following an unfortunate accident struggles with the curse of bearing biomechatronic parts and a supercomputer for a brain. Victor is an essential member of the Justice League, both in the film, and especially the new 52 continuity given his direct connection with the Motherboxes.

Genius level IQ, self-repairing enhancements, access to unlimited information, increased durability, strength, stamina, and the ability to open Boom Tubes and fire Plasma and Sonic Cannons, are among many of his powers that make him a force to reckon with. However, most of his abilities stem not from his person, but from cybernetic modifications that made him a Cyborg in the first place. An outstanding strategist, but in a mano-a-mano with the following members in the list, cyborg would have a tough time, unless he can boom tube one of them to Apokolips.

The Flash in the comic books, and even the TV show for that matter to some extent, can run faster than a speeding bullet, travel back in time, alter timelines, phase through matter on account of superspeed and even heal himself on certain occasions owing to the same. However, The Flash in the ‘Justice League’ movie tripped over steps and surfaces more than he tapped into the speed force. I loved Ezra Miller’s portrayal of the Flash, and totally dig the costume too, that has a rugged, put together feel to it.

However, mediocre execution left the character plagued with too many jokes and only evacuation business, while the main fight with Steppenwolf was centered only on the other members of the League. Perhaps one deleted scene that shows Ezra shattering a pane of glass with a finger’s touch could’ve showcased the scarlet speedster’s abilities to a greater extent than the present cut did. It could have done a world of good if WB could take a note of the powers of ‘Injustice’ Flash too, rather than just being inspired by the costume. Had they tapped into the full potential of the Flash, he would have been a spot or two higher on the list, but for the movie version, spot #4 seems rather fair. 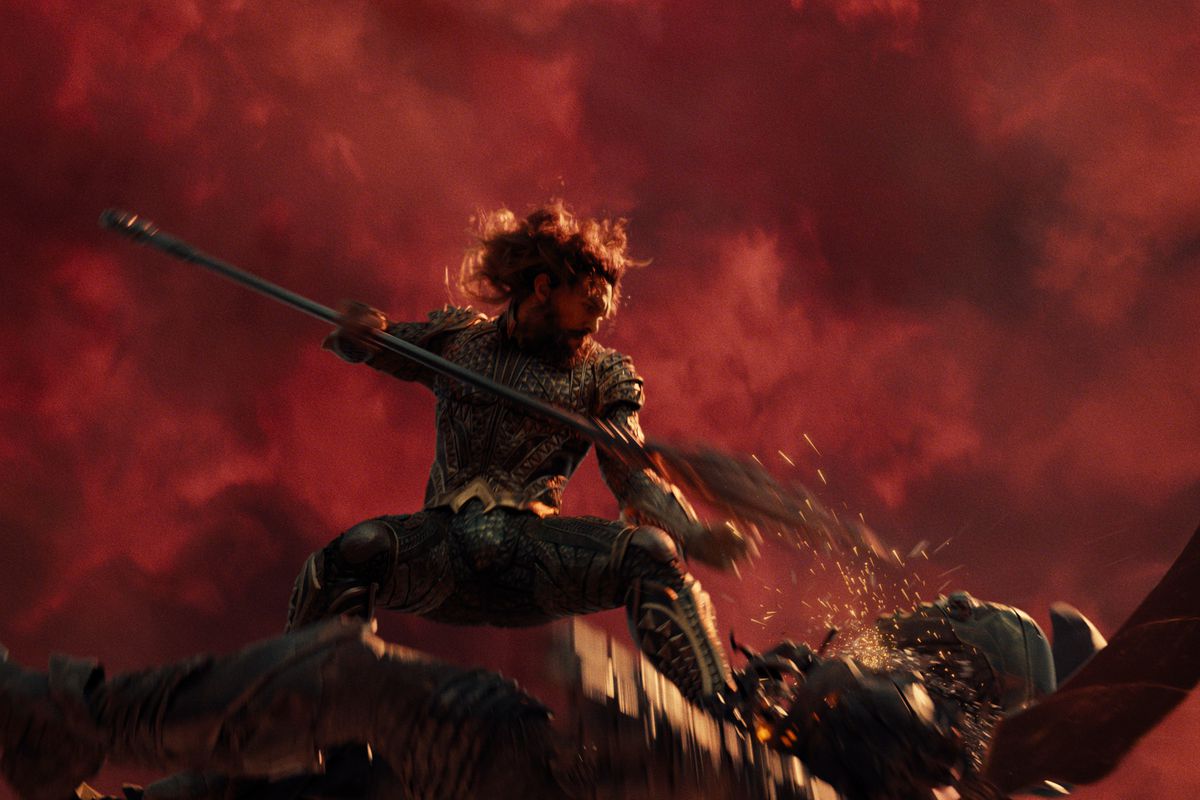 Zack Snyder took on the mantle of making Aquaman look cooler and completely reinvent his image on celluloid from the days he donned “orange and green spandex”. Coupled with his find of Jason Momoa, NOBODY could call Aquaman lame anymore.

Eventhough the King of Atlantis’ powers include superhuman strength and speed, telepathy, control of virtually all aquatic life, and carrying the wrath of the ocean and the Trident of Neptune, the movie version, apart from all that, made him famous for riding a parademon from the sky into a building and landing on two feet with a hair flick. Jokes aside, he was also seen on an occasion or two producing a sonic boom underwater, and summoning the strength of an aquatic wave while facing off Steppenwolf. Among some of the things the movie did get right, one was making Aquaman look like a total badass, and Momoa did a spot-on job with it. He even stood his own against the big baddie in the film for a short while, and I believe his powers will be explored in greater depths (pun intended) in the upcoming live-action ‘Aquaman’ movie. ‘Wonder Woman’ made her live-action debut in what is easily one of the best superhero moments of the decade in BvS (2016) and fought Doomsday alongside Superman and Batman in what came to be the first cinematic appearance of the DC Trinity. In the end, Superman ended up killing Doomsday at the expense of his own life, but make no mistake, Diana did put up a brave fight and even incapacitated Doomsday on more occasions than one.

Apart from her Sword, Shield, Bracelets and the Lasso of Truth, Diana is a goddess, immortal in her own right, and also fought and defeated another god in brilliant fashion in her standalone movie last summer. If you are still not convinced, upon Kal-El’s resurrection, Wonder Woman was the only one who was able to stand one on one with the Man of Steel while the other League members fell like dominos. Go figure.

In case it isn’t completely obvious by now, Superman is, without a doubt, the strongest member of the current constitution of the film version of ‘Justice League’. In fact, had he been around, the film would have been a flat ten minute affair. True, Superman’s powers can be virtually reduced to zilch in the face of some Kryptonite advantage, but imagine what he could do if he utilised even a fraction of his powers to stop you from getting it.

“Flight, super-strength, invulnerability to non-magical attacks, super-speed, vision powers (including x-ray, heat-emitting, telescopic, infra-red, and microscopic vision), super-hearing, super-intelligence, and super-breath, enabling him to blow out air at freezing temperatures, as well as exert the propulsive force of high-speed winds, strength enough to hurl mountains, withstand nuclear blasts with ease, fly into the sun unharmed, and survive in the vacuum of outer space without oxygen.” Are we still talking?