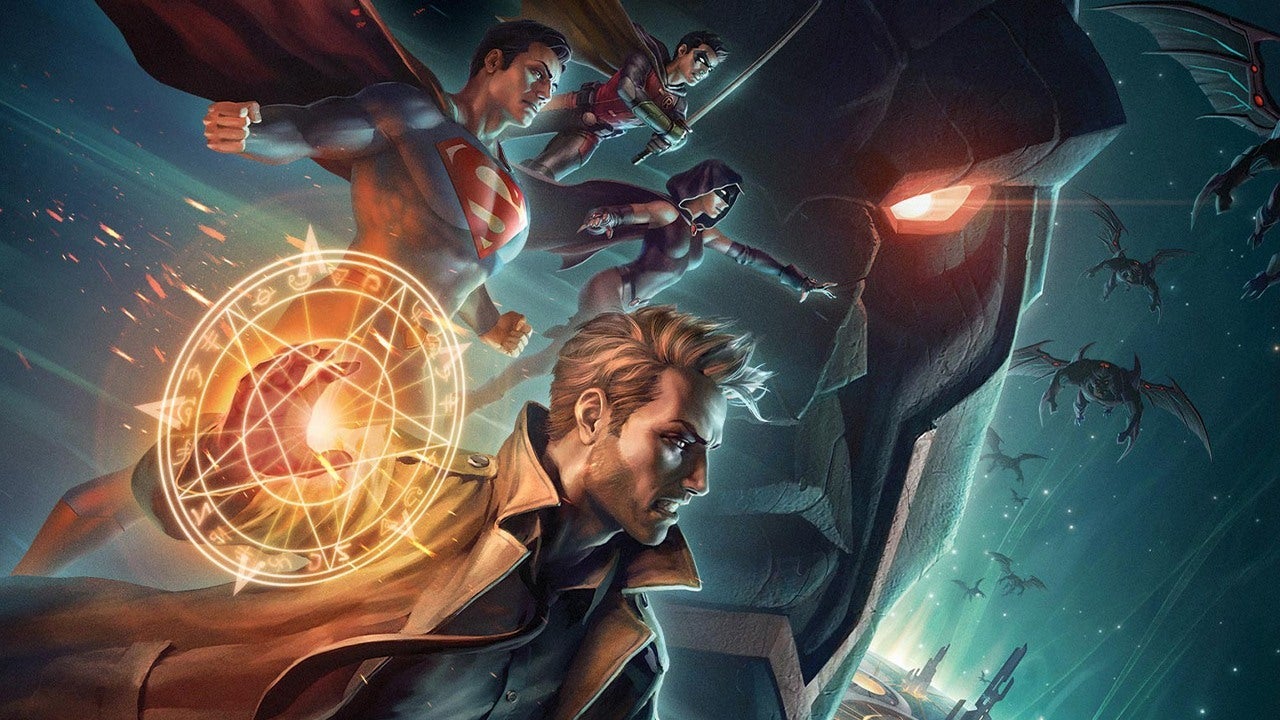 ‘Justice League Dark: Apokolips War,’ which happens to be the final entry in the DC Universe Movies series, concludes with a bittersweet, emotional, and extremely ambitious ending. With so many superheroes, villains, unimaginable team-ups, and unforeseeable twists packed throughout its runtime, watching it can surely be an overwhelming experience for many viewers, to say the least. So we’ll be digging through the details of the movie and breaking down its ending moments along with a few critical plot points that lead up to it.

The Justice League, along with their new members including Constantine, Lex Luthor, and Zatanna, heads over to Apokolips to kill Darkseid and end his fiery reign over the universe. While they are at it, Teen Titans take on the responsibility of keeping an eye on Earth. However, things don’t go as planned and the Justice League faces an army of “Paradooms” who are creatures designed from the DNA of the exceptionally strong Doomsday. Several heroes are relentlessly killed in this battle while Constantine flees back to Earth to save his dear life, despite watching Zatanna die.

The surviving few superheroes, which include Cyborg, Batman, Flash, Wonder Woman, and many others, are enslaved by Dark Seid. All of Superman’s abilities are drained out through liquid Kryptonite injections, and he is even blamed for all the loss that they had to face. But Clark Kent rises again, this time without his powers, and first saves Raven from killing herself. He then assembles a new team with the remnants of the Justice League and sets out to defeat Dark Seid.

The Real Reason Behind The Apokolips War 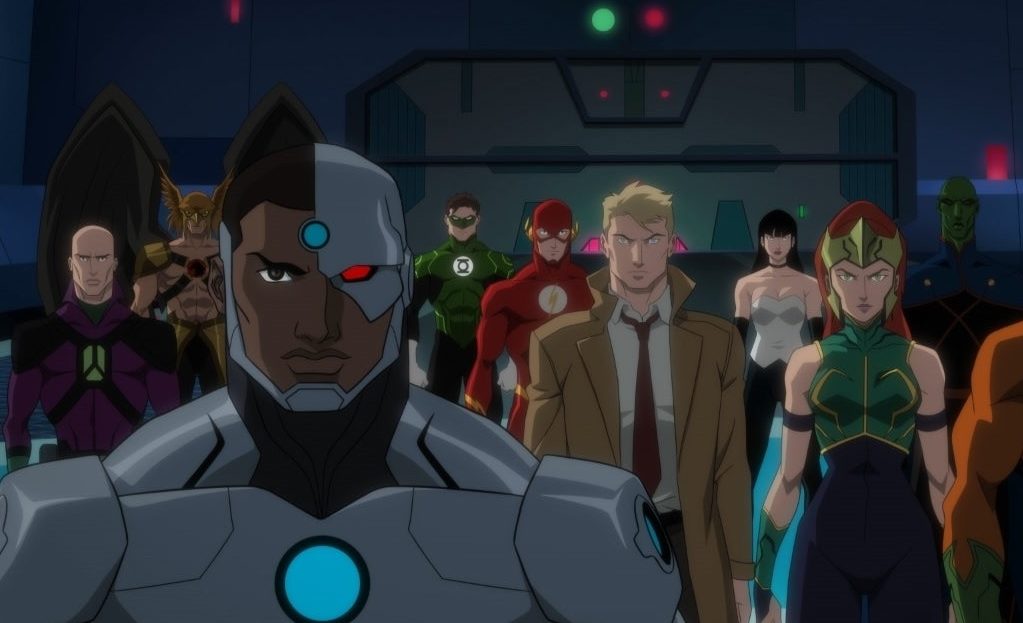 There’s a scene in the second half of the film where the remaining members of the Justice League make their way to Oa, Green Lantern’s planet, to defeat Darkseid. This is where they spot a dismantled version of Cyborg, who later leads them to The Flash. It is then revealed that Flash has been forcefully attached to a treadmill which produces endless power supply for the planet. Even after being freed, Flash seems to be in a state of trance, and to snap him out of it, Constantine works his magic. This is when he gets a glimpse of what’s going on in Flash’s mind and learns that it was his Flashpoint that eventually caused the war. With this scene, it becomes clear that Barry’s attempt to travel back in time and save his mother forked the present into a different parallel reality where Darkseid rises up to take over the entire universe. 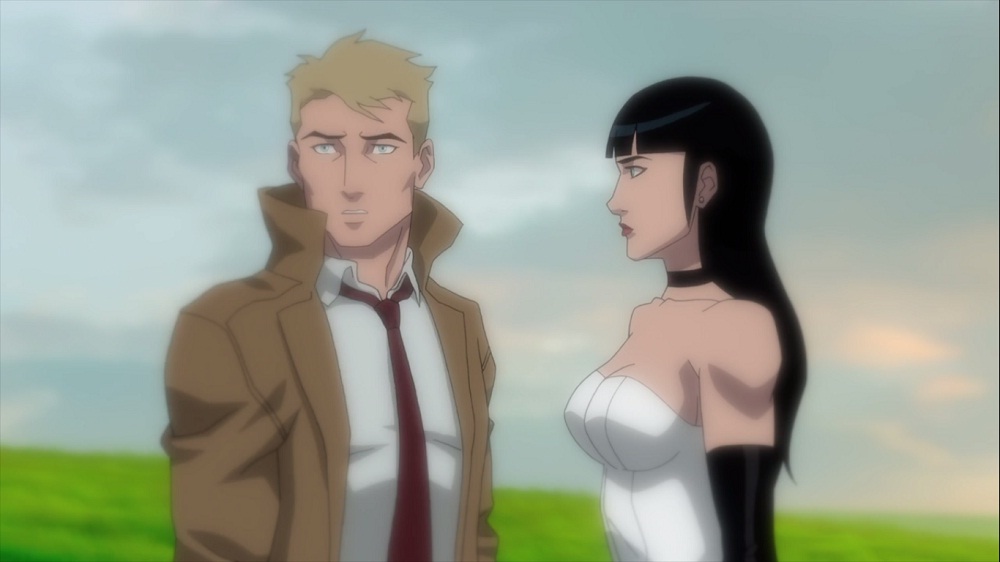 In an early scene of the movie, Constantine and Raven had made a deal where Raven had asked him to summon her father, Trigon, when necessary. After realizing that Clark Kent cannot defeat Darkseid in his weakened state, Constantine summons Trigon in the hope that he’ll be able to control him. But Trigon turns out to be too evil to follow anyone’s orders. He himself takes Clark’s body as his host and kills Constantine. However, soon after this, from underneath his “Trigon demeanor,” Clark begins to resurface when he watches Lois Lane die in a goodbye video that she had recorded earlier. With this, he is able to get Trigon’s possession out of his body and also retains his true Superman abilities.

While Superman battles Darkseid, Batman and Cyborg devise a plan that would not only destroy Darkseid and the planet but will also help them get out of there. However, the catch to their plan is that they’ll need Constantine’s help, who is now dead. In the meantime, Constantine wakes up in heaven and finds Zatanna there. She tells him that she made some “tweaks” just to ensure that he ends up in heaven and even decides to send him back home to give him an opportunity to redeem himself. This particular moment harkens back to the early moments of the film where Constantine had left Zatanna to die with Paradooms. But this scene marks his redemption, giving him the opportunity to expiate his previous wrongdoings.

The Ending: A Whole New Beginning 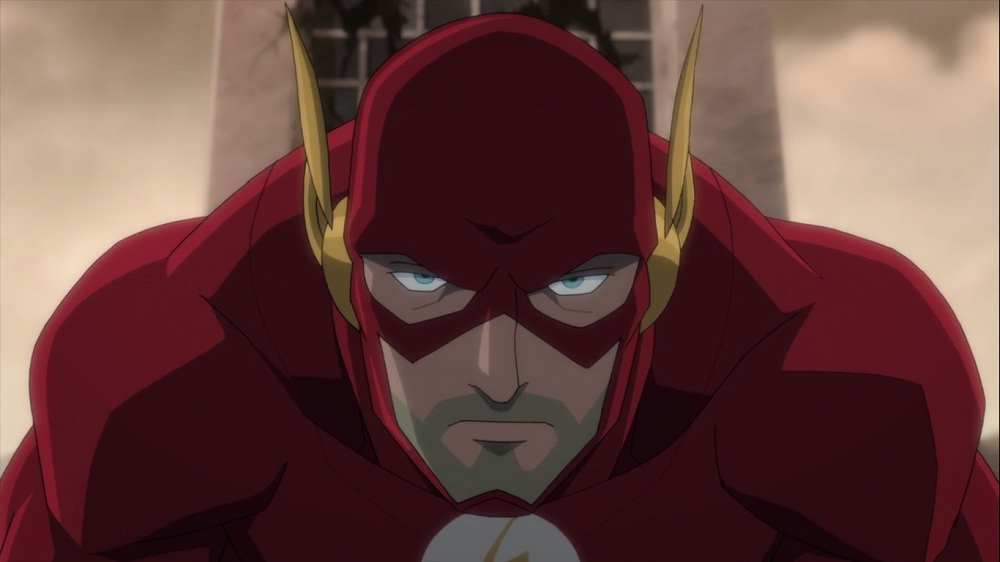 After being revived, Constantine first comes up with a plan to distract Darkseid, so that even Clark can leave the planet with them. Constantine and Raven together summon Trigon this time and set him up to battle against Darkseid. In the final moments of the film, Cyborg, who had previously revealed that there’s no way to save him, decides to sacrifice his life for the team. While the rest of the team heads back to Earth through a portal, Cyborg takes it upon himself to destroy the whole planet along with Trigon and Darkseid.

Unfortunately for the Justice League, after they return back to Earth, Batman breaks it to them that the Earth’s environment has been destroyed beyond recovery. This is when Constantine comes up with another clever plan and heads to over to The Flash to ask him to “clear the board” again. Although a little reluctant at first, Flash agrees to create another flashpoint that would clean up their slate and would help them start afresh. The Flash then braces himself with a sprinting position and zooms into the horizon. In its closing scene, the film teases another flashpoint, which leaves more room for another possible future. And despite being well-intentioned, Flash messes up the timelines again, only to go back in time just to start from scratch.