Justice League: The Good, the Bad, And the Ugly

Having watched Justice League, I can say this – it does NOT deserve to be rated about the same as The Room, on Rotten Tomatoes. For all its troubled production issues, last-minute reshoots, director changes, and the enormous 300 million dollar budget, it’s a damn entertaining movie! If you want to have a good time at the movies, don’t miss it.
So what follows is, depending on your perspective, a somewhat critical deconstruction, or an autopsy, of yet another divisive movie. And yes, there WILL be spoilers. 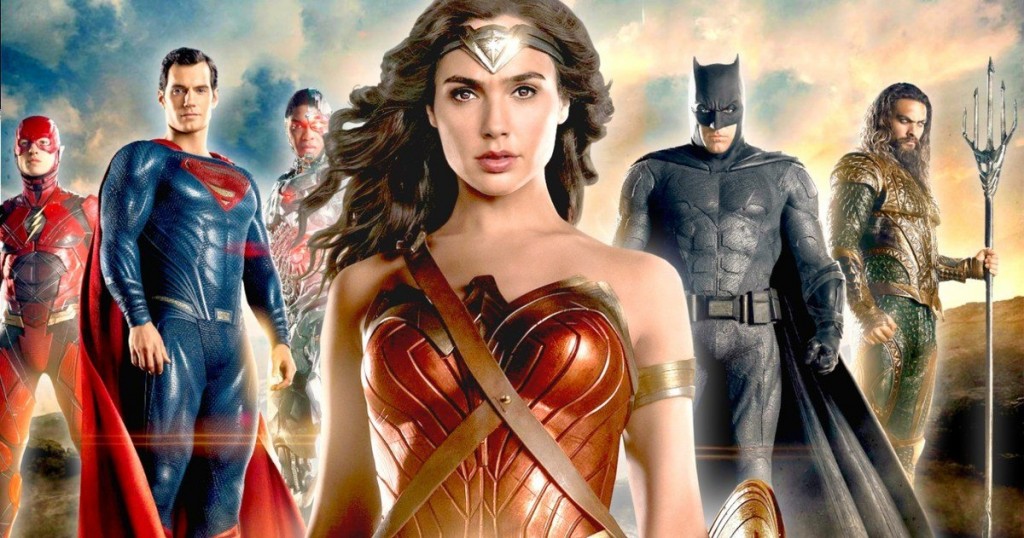 One thing this movie nailed, was the team dynamics. Batman, Wonder Woman, Cyborg, Aquaman, and for the latter portion of the movie, Superman, do play off of each other, with constant banter, and bickering, so much so, that it becomes a character in and of itself. While they do argue, and quarrel amongst themselves, for a few scenes, they do manage to stick together, and this lends to the League. And no matter what anyone says, when they’re fighting Steppenwolf, they are the Justice League we have known, and remembered, from our childhoods. They are the Justice League, as they should be.

Having already been introduced to half of the Justice League, in last year’s Batman v Superman, the makers were left with the introduction of the remaining three, Flash, Cyborg, and Aquaman. And did they pull it off? Thankfully, yes. Yes they did. Flash is a bubbly, socially awkward teen, Cyborg’s another mopey, stoic teen, and Aquaman is basically a jock. But they are each, so convincing in their roles, that you can’t help but love their characters, and personalities.

While there weren’t many extended action sequences, until the last half an hour or so, when they happened, they were well executed. They felt epic, without being overdone. While the last act succumbs to generic superhero clichés, i.e. giant portal, red sky, general death and destruction, the constant banter between the League keeps it fresh, and fun to follow. And, if it wasn’t clear from the trailers, Aquaman is THE BEST part of these action sequences.

Superman, has been a hit or a miss, in the DC Extended Universe. Some people like Henry Cavill’s portrayal of Superman, some despise it. I don’t mind his Superman, were he a little less grumpy and brooding. Thankfully, the resurrected Superman, is the movie’s ace in the hole. Superman’s resurrection is easily one of the best parts of the movie. The scene where he fights the League is awesome. It feels like it’s straight out of the comics. One scene, in particular, which really stood out, and I’m pretty sure it stood out for a lot of people, was when The Flash was running next to Superman, trying to get behind him, and Superman just looks at him, and his eyes follow him, as he does this. This definitely made everyone in the theatre sit straight and pay attention. Even better, was when he grabbed Batman midair, and asked, did he bleed? Yep.

Speaking of being straight out of the comics,

Depending on your point of view, this could be a negative, or a positive. But, as the League was delivering their lines, I couldn’t help but feel, that it was as if they’d ripped off the panels of a comic book, and adapted them into the scenes of the movie. For a comic book action movie, this is legitimately great, as it shows that the makers understand what they’re dealing with. Zack Snyder’s known for this, he did the same with Watchmen, where the movie was a scene-to-scene adaptation of the graphic novel. And, for better or worse, it works here.

The first thing WB needs to do, in the fallout of Justice League, is to fire whoever decided to make it a two hour movie. Like, seriously. That should be the first on a list of things WB needs to do to stand shoulder to shoulder with Marvel.
While it is understandable, that they’d want a short movie, after the rather mixed reactions to Dawn of Justice’s bloated three-hour runtime, they should have overseen the editing of this movie.

This is the Justice League! We need proper character introductions, for it to work. And while the newcomers did do a fine job of introducing themselves to us, the audience, I would’ve loved it, had they left in the scenes where they’re seen talking to their people, or left in a few flashbacks, just to provide context. One particularly frustrating section, was the flashback, to Steppenwolf’s first invasion, which easily could’ve been a 15-20 minute segment, but was chopped down to just 5 minutes. I felt that that was the most intriguing section in the movie, and they decided to cut it out.

Plot holes are a sad consequence of any movie’s inept editing. And Justice League, much like 2 out of the 4 movies in the DCEU, suffers from them. It’s particularly sad in this case, because while Dawn of Justice and Suicide Squad weren’t great movies to begin with, (Dawn of Justice got better with the Extended Cut, Suicide Squad, not so much) Justice League had all the potential to be great. Unfortunately, as it stands, it’s just good. There are entire sequences, where characters go from one place to another, without any explanation, or any resolution to their actions. One particular scene, was when the League was battling Steppenwolf under Gotham Harbor, and he blew open the tunnel. We see Aquaman swim in and try to stop the tide, then we see the League on Batman’s Nightcrawler. The next we see is Cyborg fly out, and immediately after that, they’re on high ground, talking to Commissioner Gordon, with little to no explanation of how they even got there.

Granted, if you’re not really paying attention to the events on screen, and are there for a fun time, you won’t notice it, but it really bugs you, once you think of it.

The team had 300 million dollars at their disposal. 300. Million.

Movies with half the budget have had some phenomenal visual effects. Not that they were bad, by any means, but for a big budget movie, released in 2017, some of the visuals looked dated. In particular, Steppenwolf’s CGI. It looks lame, and laughable. Not fierce and intimidating. Which defeats the purpose, as Steppenwolf is the big bad of the movie, and is supposed to set up Darkseid. Granted, the climactic battle looked damn good, it could’ve been better, given the budget.
And speaking of weak villains and shoddy CGI, 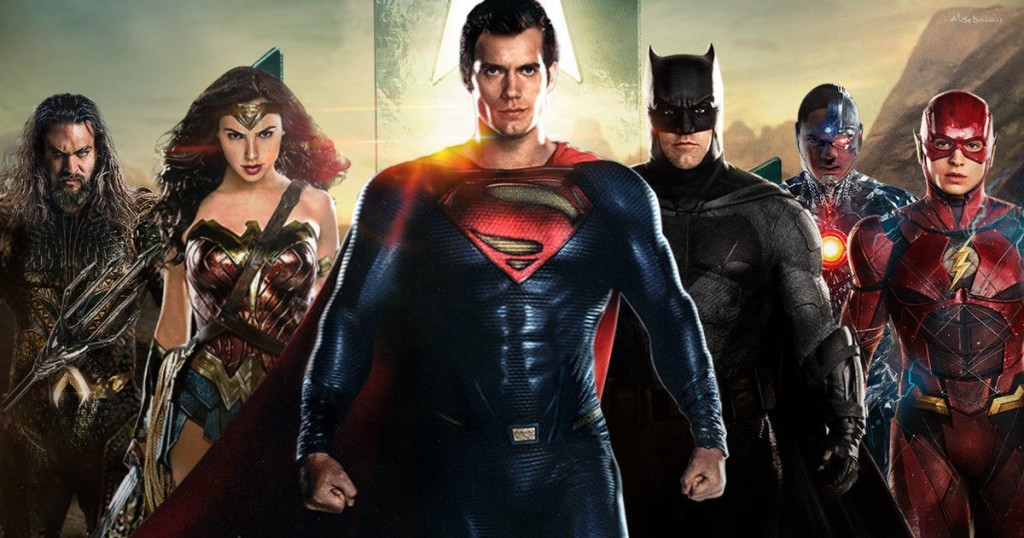 Not for once, did I buy the fact, that Steppenwolf was an apocalyptic threat to Earth. He wasn’t intimidating, or fearful, at all. And, the fact that he didn’t have much screen time, or lines in the movie, made him all the more forgettable. Granted, one could argue that they were testing the waters, for when Darkseid invades, and for that they focused more on the League, and less on the villain, but that’s a weak argument.

Think of it – would The Dark Knight have been the masterpiece it is, had The Joker been portrayed weakly?

A movie is only as good as its villain, and especially a superhero blockbuster.

I……I don’t even know where to begin.

I almost feel sorry for bringing it up, and making it hard to unsee, but the first thing we see in the movie is Superman, and he’s talking to some children off-screen. Right off the bat, you can tell, there’s something awfully wrong with his face, and particularly, his lips. They look fake. The CGI work there is, to put it charitably, fucking awful.

It is understandable, that Henry Cavill was under a contract for Mission Impossible 6, to not shave his mustache, for the movie, and he had to do the reshoots with the mustache on. And yes, if you don’t notice it, you don’t realise it, but since he’s a main part of the movie, it is absolutely hard to ignore his face, while he’s talking. And it gets unsettling after a while. It’s right in the uncanny valley.

Despite its somewhat glaring issues, Justice League is a fun ride, and a great time at the cinemas. And for those who didn’t quite like it, don’t worry. There will be a Director’s Cut. There has to be one.

What were your thoughts on the movie?