Where is Justin McSwain From My 600-lb Life Today? 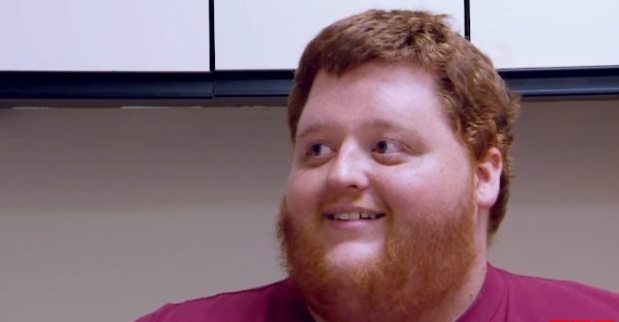 The TLC series, ‘My 600-lb Life’, documents some fantastic weight loss journeys undertaken by morbidly obese people. We realize they have to make drastic changes if they wish to survive. Although Dr. Now’s careful guidance and strict diet play a vital role, it comes down to the participants’ willingness to stick with the program and shed some pounds before being approved for surgery. One of the most uplifting tales comes from Justin McSwain, who turned his life around after appearing on the show. Curious to find out where he is at present? We have the latest news and updates.

McSwain is from South Carolina and started his weight loss journey, form a secure place. As the founder and CEO of McSwain Media, his web development firm, Justin is a focused individual. However, he was in for a shock when he visited Dr. Now in Houston for the initial weigh-in. He found that he tipped the scales at around 688 pounds, which was more than he was expecting.

Justin had hoped that his weight would be in the 500s or the lower 600s. However, standing on the scales was a harsh awakening. Over time, the participant opened up about how he had been fat-shamed as a kid by his stepmom. She would often lock the pantry door to prevent Justin from accessing it. McSwain’s diet naturally took a turn by the time he left home and found his freedom. He admitted that he had an eating disorder and didn’t know how to control the habit.

Working with Dr. Now, Justin stuck to his popular low-carb, low-fat diet and joined a gym, attending regularly. He was greenlit for gastric sleeve surgery in six months. Justin ended up losing 334 pounds or 48.5% of his peak weight, which was one of the most significant weight losses on the show that season. Check out a picture of Justin’s transformation below.

Where is Justin McSwain Now?

So, where is he now? After his incredible weight loss journey, Justin stayed back in Houston, discovering the city with his corgi. At the same time, he gave back to the community by walking for charity to show support to the NEDA (National Eating Disorder Association). While in Houston, Justin made an effort to meet other cast members of the TLC series. Check out his image with Diana here.

Justin remains grateful to the work Dr. Now put in, to help him get back in shape. He’s shared a throwback photograph with the famed Houston-based doctor.

Currently, Justin seems to be back in South Carolina. You can check out his post about it being beanie season in Rock Hill.

In January 2020, Justin offered fans a look at his weight loss journey over the years. It shows the amazing progress he has made so far.

Since Justin has seen the results of his hard work, he is focused on his path of achieving the dream weight. At the same time, Justin’s maintaining social distancing like the rest of the world. He has shared a picture during the quarantine period where he’s with his friend, but the two are maintaining a safe distance. The image, posted on May 9, 2020, offers the latest update on Justin McSwain’s whereabouts.

Read More: Where is Tracey Matthews From My 600-lb Life?