Where is Kaine Horman Today? 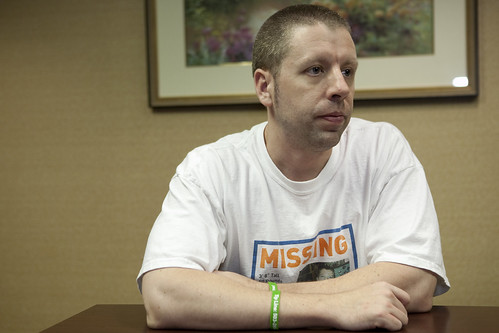 ‘Little Lost Boy: An ID Mystery’ takes an extensive look into the missing case of Kyron Horman, who disappeared from his school on June 4, 2010. The decade-long search has perhaps enough circumstantial evidence to arrest its lead suspect, Terri Horman, but lacks actual evidence to do so.  One person who lives with his fair share of pain in this whole process is Kyron’s father, Kaine Horman.

Who is Kaine Horman?

Kyron is Kaine Horman’s and Desiree Young’s son. The two got divorced and shared the custody of Kyron. Subsequently, he married Terri Horman. Kaine took full custody of Kyron when Desiree was diagnosed with kidney failure. Everything was going well until his son went missing.

In the same month, Kyron went missing, Kaine learned that his then-wife, Terri had tried to hire a landscaper to kill him several months prior. Following this, he got a restraining order against her and filed for a divorce. Kaine also got custody of their daughter, with Terri allowed to make supervised visits. He came across several texts Terri had sent to a man named Michael Cook. They consisted of nude photographs and sexually charged conversations. He also stated that Terri had a history of alcohol abuse. This was cause for a small tiff between Kaine and Desiree during the course of the investigation.

In any case, Kaine Horman, along with Desiree Young, has spent ten years with the police officers looking for new leads that may help them discover their lost son. In an interview in 2015, he talked about how he believes that one day they will find his son. He said, “As the searches continue, and they don’t turn up anything, it continues to increase the probability that he’s gotta be out there with somebody somewhere, and to me, as we do the searches, it continues to rule out certain areas, and it reinforces that belief.” Thus, throughout the years, Kaine and his ex-wife have continued to search for their son.

Where is Kaine Horman Now?

Kaine Horman states that he is trying to do the normal things in life while also trying to create awareness about Kyron. Additionally, he is also pretty caught up in working for ‘The Kyron Horman Foundation.’ Kaine also extended his support this year to the mother of another missing child, Allyson Watterson. Allyson’s mother said, “Kaine is a friend of mine now. We obviously met through these terrible circumstances. But he has helped me through the emotional side of things and kinda where to go, how to proceed.”

Apart from this, in a recent interview, Kaine said, “We don’t forget, we don’t give up. We talk about him, we still celebrate his birthdays, and you know, do stuff for him at holidays and all.” Kyron is very much in the heart of his father as he lives his daily life. (Feature Image Credit: Wweek.com)