Kids Behind Bars Season 1: Where Are They Now? 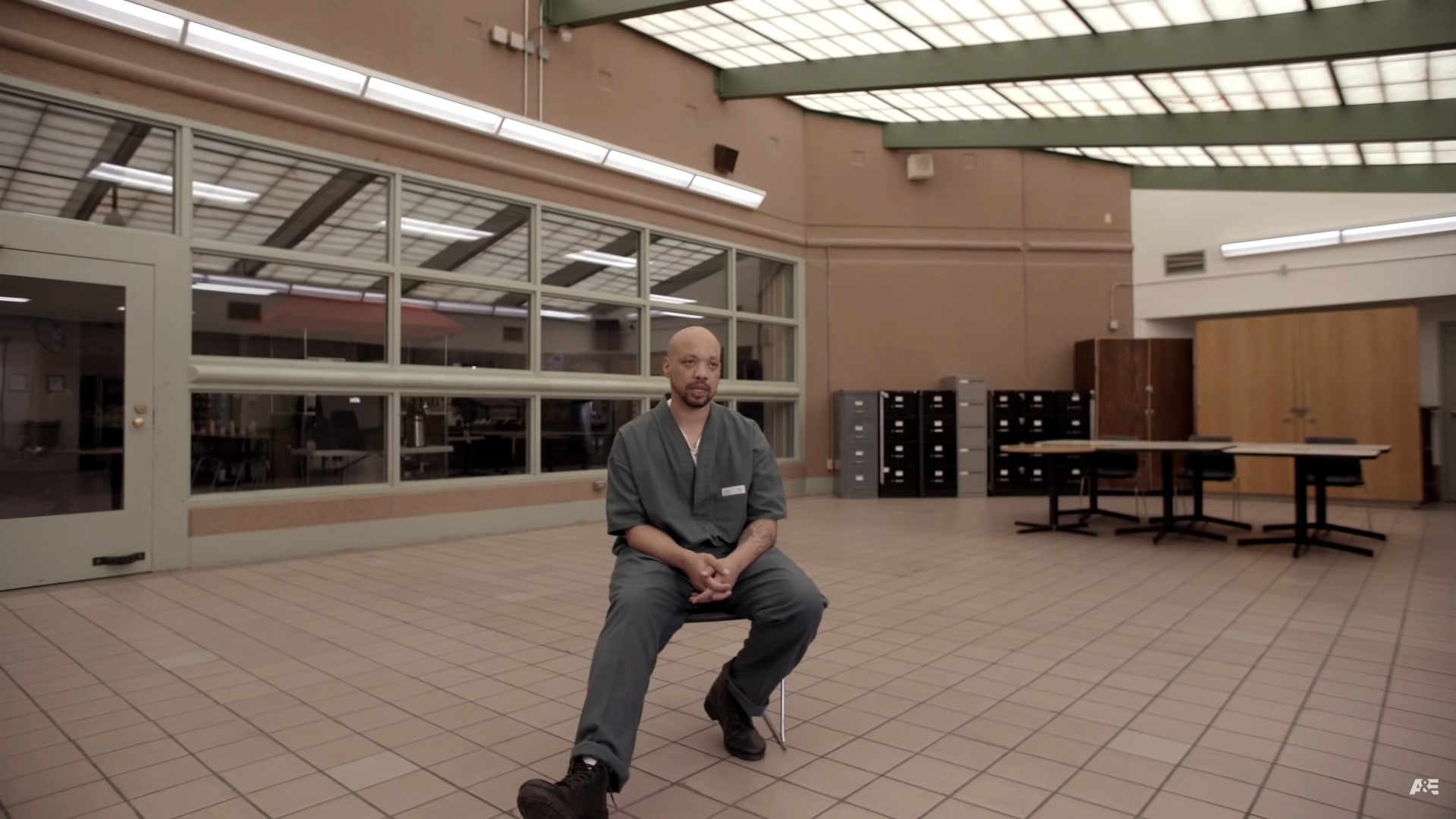 It is no secret that life behind bars is challenging and harsh. There are numerous rules to maintain, and missing out on one might lead to severe punishment. Often prison life breaks even the hardest of criminals and makes them change their ways. A&E’s ‘Kids Behind Bars: Life or Parole’ features people who committed serious crimes and were sentenced to life when they were kids. However, with the United States Supreme Court abolishing the life without parole sentencing for juveniles, the series shows how the prisoners try their luck at a resentencing. Let’s find out where each person is today, shall we?

Bobby Gonzales was just 15-years-old when he was convicted of his girlfriend’s mother’s murder. Bobby’s girlfriend, Krissi, told him that her parents were reportedly abusing her (which later turned out to be a lie). Thus, deciding to take matters into his own hand, Bobby entered his girlfriend’s house in Texas on March 7, 1992, and shot her mother to death. Krissi’s father, Vernon Caldwell, was critically injured but managed to escape with his life. 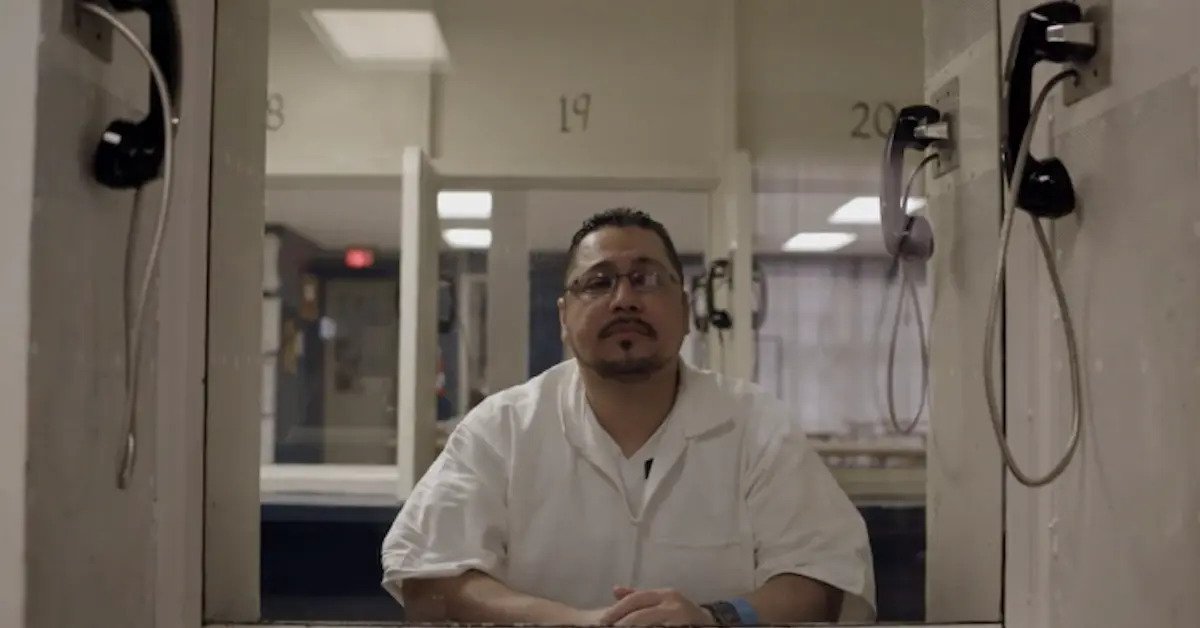 Once caught, Bobby was tried as an adult and sentenced to life in prison. Surprisingly, Vernon and Bobby are now on friendly terms, with the former having forgiven Bobby for his crimes. Vernon also became Bobby’s advisor and has mentioned how he regrets being so harsh on him when he was a child. At present, Bobby is still incarcerated at the Alfred D. Hughes Unit in Texas and will become eligible for parole in 2027.

James Wiley committed a heinous crime at 15 years of age. According to records, James murdered his stepmother and three stepbrothers in cold blood. On November 24, 1990, James Wiley armed himself with a shotgun and brutally shot down his stepmother and two brothers in their home in Thermopolis, Wyoming. The third brother tried his best to escape the carnage, but James caught up to him. He then brought his younger brother into the house and shot him to death using the shotgun. 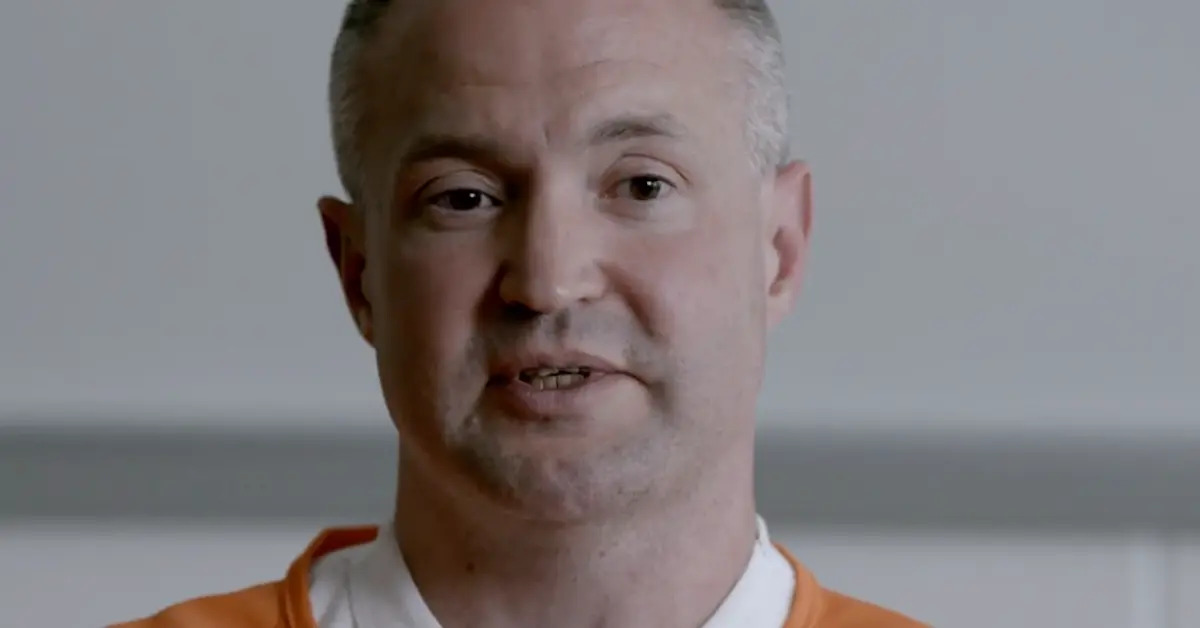 The brutal nature of the crime shocked even the most hardened of police detectives, and James was sentenced to life in prison after being convicted of three counts of first-degree murder and one count of second-degree murder. At present, James Wiley is still incarcerated in the Wyoming Medium Correctional Institution in Torrington after his petition to reconsider the life sentence was rejected.

Curtis Brooks had a difficult childhood and went without a home for quite a long time. He was hanging around the Aurora Mall in Colorado when an acquaintance, Roosevelt “Deon” Harris, asked him to be an accomplice in a carjacking. Harris had previously allowed Curtis to sleep in his house, and thus the teen accepted without much thought. The carjacking went horribly wrong, and Harris ended up killing the victim. However, Curtis was charged with first-degree murder.

Although he allegedly did not murder the victim, the jury found Curtis guilty and sentenced him to life without parole in 1997. Following the Supreme Court’s judgment against the life without parole sentencing for juveniles, Brooks won a resentencing and in December 2018 was granted clemency by the then-Governor John Kichenlooper. After his release, Curtis went back to Maryland and planned to work for the Prince George’s County Education Coalition.

He even wanted to help State Senator Joanne C. Benson with her advocacy work. Currently, Curtis resides in Largo, Maryland, and got married to Kaitlin Brooks in August 2021. The couple appears happy together, and Curtis is catching up on the life he missed out on while in prison. It seems like Curtis has managed to turn his life around for the better and is hopeful about his future.

Lacy Aaron Schmidt was just 14 when he murdered his ex-girlfriend, Alana Calahan, in Columbia County, Georgia. According to court records, the relationship between the two was deteriorating, and thus Aaron had already pre-planned Alana’s murder. Sources even state that the gun used was stolen from the victim’s father. On January 31, 2011, Aaron went up to the victim and shot her from behind while she was on her phone. The teenager even attempted to hide the body in the woods. 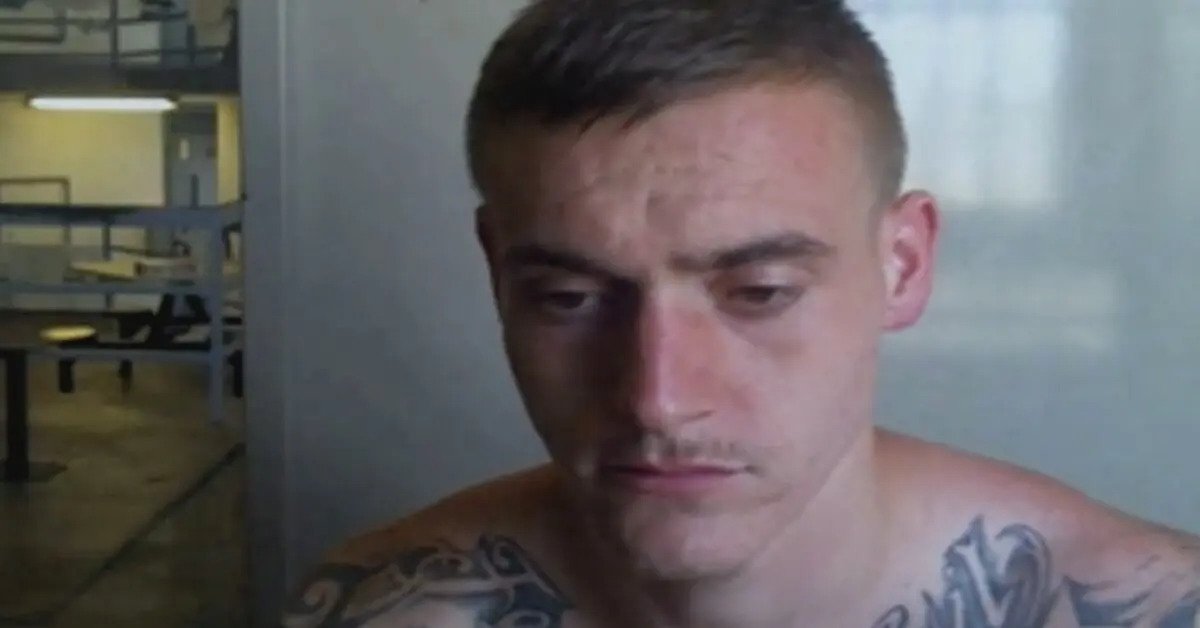 Once arrested, Aaron was convicted of several charges, including felony murder while in the commission of the aggravated assault, theft by taking a handgun, possession of a firearm during the commission of the crime, and malice murder. Based on his conviction, he was sentenced to life without parole. He also got an additional ten years for the possession of a firearm charge, while his theft conviction netted him five more years on his sentence. Aaron’s appeal for a new trial was turned down, and currently, he is serving a life sentence without parole at the Hays State Prison in Trion, Georgia.

Ronald Bell, then 17, was initially sentenced to death after he and two other teenagers were found responsible for the 1999 abduction, torture, and murder of a man in Florida. However, Ronald was saved from death row after the execution of juveniles was made unconstitutional. Thus, Ronald remained incarcerated for life after being convicted of first-degree murder and kidnapping. 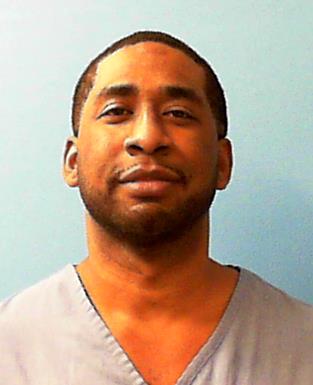 Once the Supreme Court passed a law that excluded juveniles from life without parole, he tried to appeal for a resentencing and even won one. However, the subsequent trial handed Ronald the same sentence and sent him back to prison. At present, Ronald Bell is incarcerated in the Taylor Correctional Institution in Taylor County, Florida.

Timothy Preston Chavers was just 17 when he and two others planned to rob another teenager under the guise of buying drugs. The victim was lured over to Fort Walton Beach in Florida, where the group attempted to rob him. However, things went out of hand, and Preston ended up shooting the victim in cold blood. Once arrested, he was convicted of first-degree murder and sentenced to life without parole. 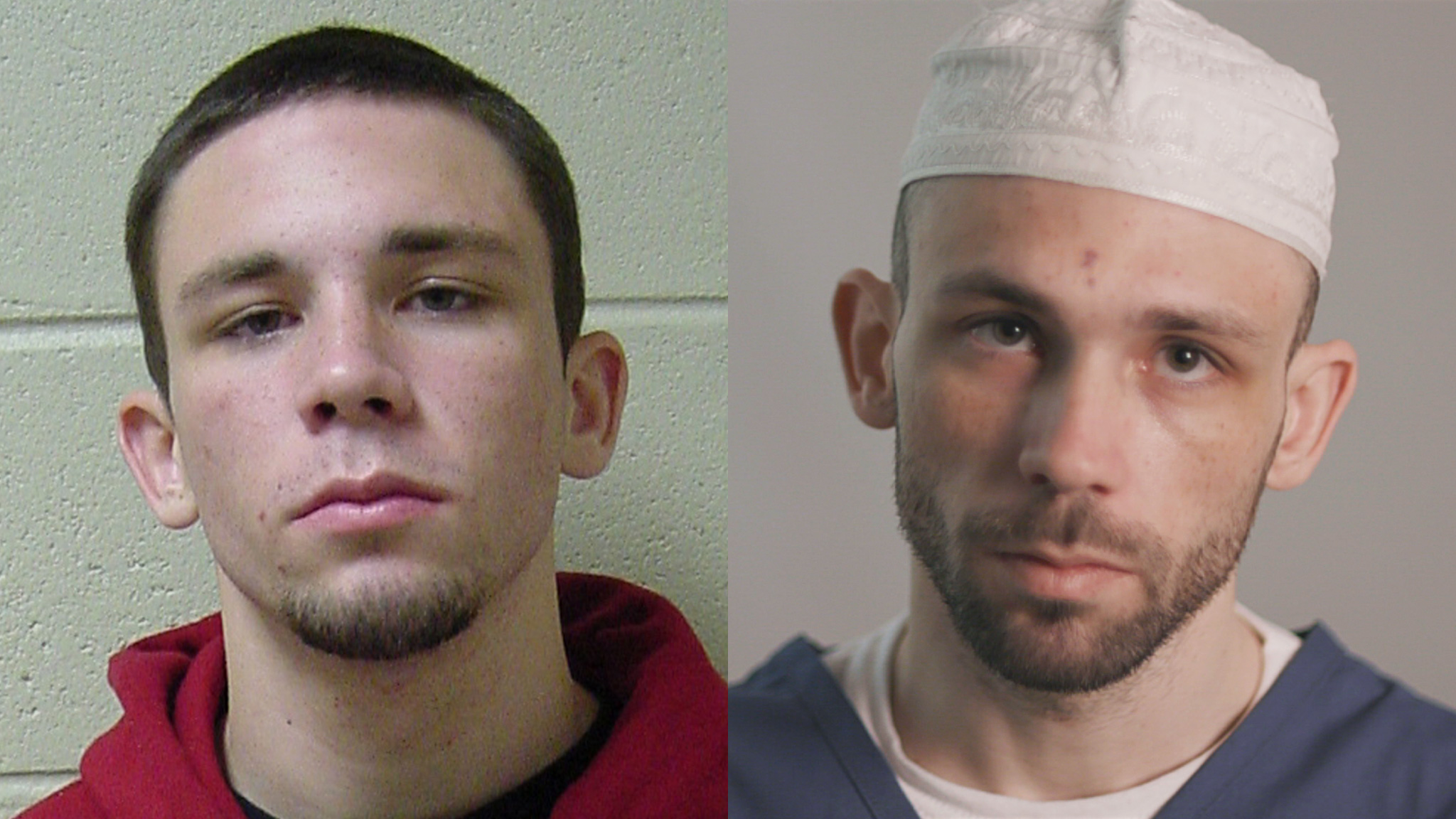 Upon appealing his sentencing, Preston was granted a resentencing, but in August 2018, the court sentenced him back to life in prison. However, the judge said that a review of his sentence would be possible in 25 years. At present, Preston remains incarcerated in the Wakulla Correctional Institution in Tallahassee, Florida.

Brandon Moore was only 16 when he and three other teenagers attempted to rob a 21-year-old college student in Youngstown, Ohio. Although they had initially planned to rob the victim, the crime escalated into assault and brutal rape. Once arrested, Brandon was convicted of several offenses, including kidnapping, rape, aggravated robbery, and complicity rape. He was subsequently sentenced to a total of 141 years in prison. 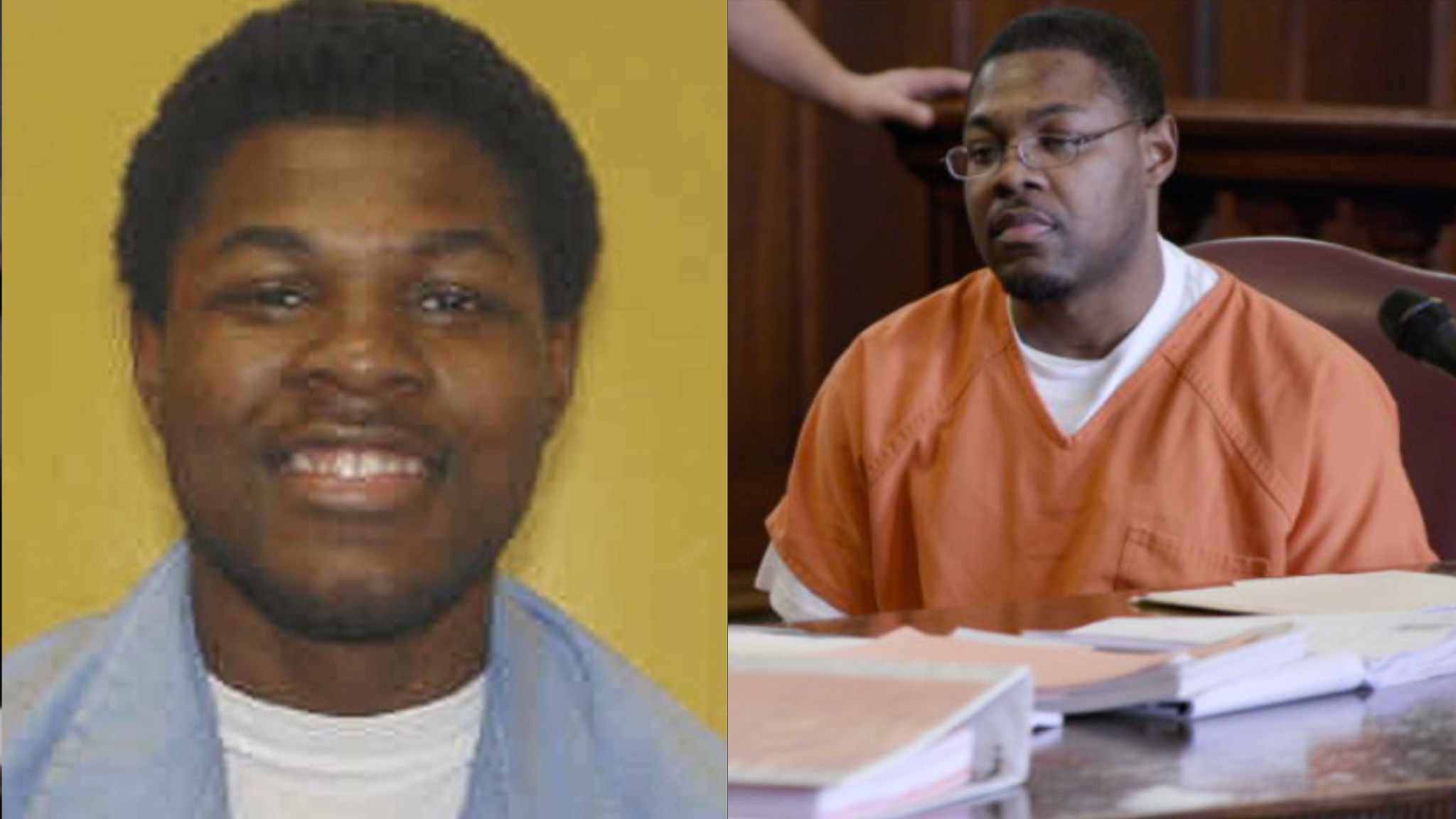 Since then, Brandon’s sentencing has been through several revisions. After a couple of resentences, the third revision gave him a total jail term of 112 years. After Brandon appealed this decision, his sentence was further reduced to 50 years in 2018, and the judge allowed him to request judicial release after serving 47 years. He has since dropped his pending petitions as a law passed on January 9, 2021, made Brandon eligible for parole at present. However, he has not made parole yet and is still incarcerated at the Marion Correctional Institution in Marion, Ohio.

Otis Daniels was 16 when he was found to be involved in a murder and robbery in Georgia. Sources state that Otis was the perpetrator of a home invasion where he broke into a home and shot the lady of the house and her daughter. After the older woman succumbed to her injuries, the investigation turned into a homicide, and Otis was arrested. 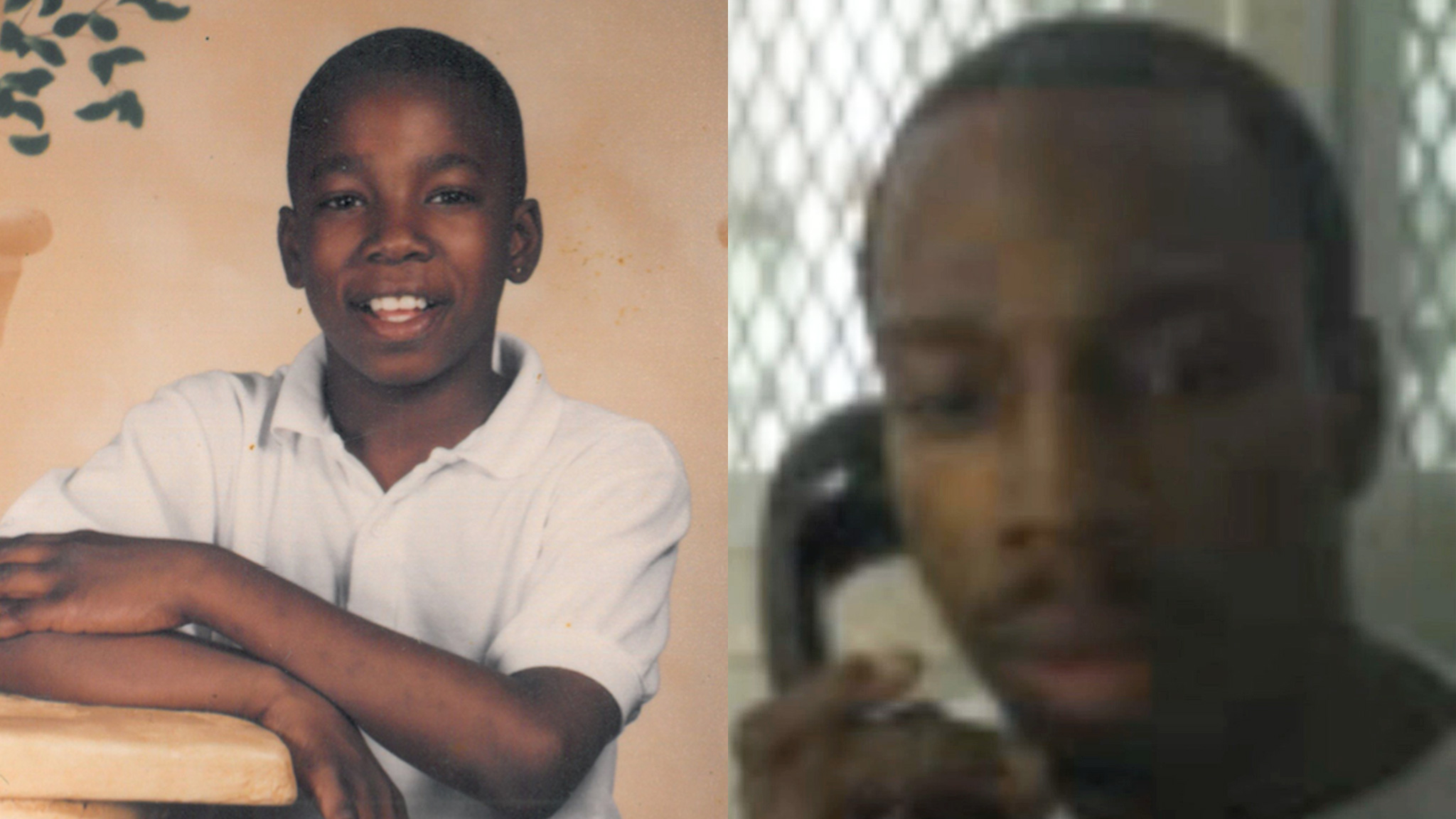 In his 1998 trial, Otis was convicted of multiple charges and sentenced to life in prison without parole. Once the supreme court abolished the life without parole sentencing for juveniles, Otis appealed for resentencing but was sentenced back to spend his life in prison. He is currently incarcerated in the Ware State Prison in Ware County, Georgia.