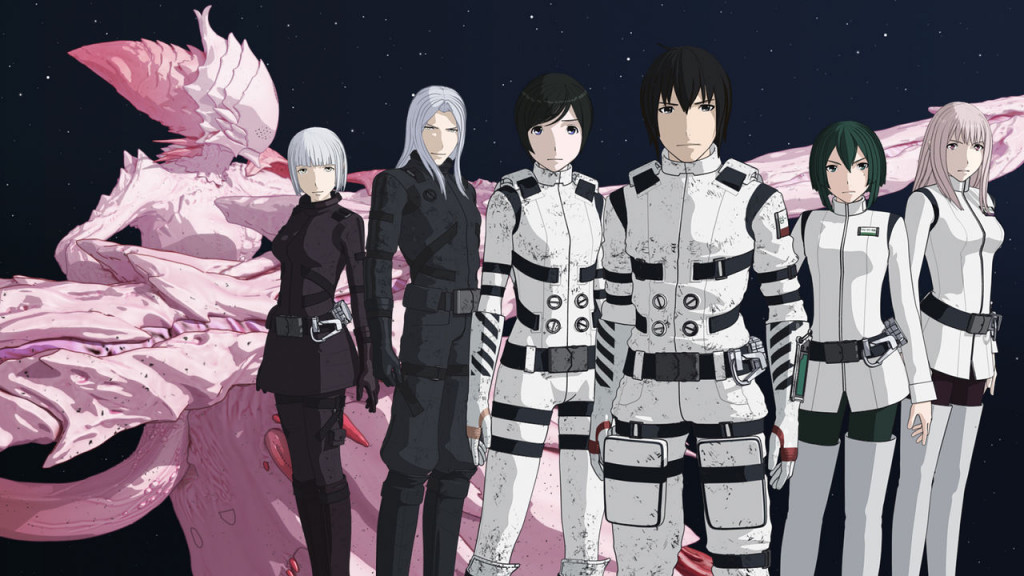 Knights of Sidonia (also known as Sidonia no Kishi in Japanese) is a Japanese science fiction anime television series which is based on a manga series of the same name. Written and illustrated by Tsutomu Nihei, the manga series was first published on April 25, 2009, and saw its final volume getting published on September 25, 2015. Around five years after the initial publication of the manga series, it was picked up to be made into an anime television show.

Subsequently, on April 11, 2014, Season 1 of Knights of Sidonia made its way to viewers’ screens, and was a hit among fans of the manga and new viewers alike. Unsurprisingly, the show was renewed for a second season, and Season 2 of Knights of Sidonia premiered a year later on April 11, 2015. In 2017, it was announced that a third season of the show would be made, but since then, not much information has been released on the third season. Here’s everything we know about Season 3 thus far.

Knights of Sidonia Season 3 Release Date: When will it premiere?

Knights of Sidonia season 2 premiered on April 11, 2015, and the season finale was aired a couple of months later, on June 27, 2015. As far as the next season goes, we have good news for the fans. In 2017, it was announced on Twitter that a third season of the show would be made. Considering the popularity of the show, we would have been surprised if the anime was not renewed.

Even though no release date was announced, we know that production for Season 3 began in 2017 itself. Our best guess is that Knights of Sidonia season 3 can release sometime in 2021. We’re keeping our ears open for news on the release date, and we’ll update this section as soon as we hear more.

If you like watching anime shows in English, the good news is that Knights of Sidonia has a great English dub. If you want to watch the show in English, you can find dubbed episodes on Netflix.

Knights of Sidonia is set in a distant future, and the events in the show take place in the year 3394, a thousand years after the Earth was destroyed by a race of shapeshifting aliens known as the Gauna. As it stands, the remnants of the human race live in massive spaceships floating around space, but the threat of the Gauna is far from gone. Very little is known about the Gauna or their motivation for attacking and destroying the Earth, but what is known is that each Gauna has a nearly indestructible core protected by a material called “placenta”. The key to defeating a Gauna is to cut through the placenta and destroy the core.

In this backdrop, the show focuses on one such human mothership called the Sidonia, which possibly holds the last surviving members of the human race, considering that the fates of the other ships are unknown. With a population of over 500,000 and unique culture of its own, Sidonia is a place where feats such as cloning, asexual reproduction, and human genetic engineering are commonplace. As far as the Sidonia’s defences are concerned, the ship is guarded by highly advanced mobile weapon units called Gardes, the mobility and weaponry of which are powered by “Higgs particles”. These Gardes sport high-output cannons for ranged combat, and special spears known as “Kabizashi”, which are made of a rare and little-understood material that has the power to destroy Gauna cores.

Most of the able-bodied population of the Sidonia are drafted as pilots of the Gardes and their sole purpose is to keep the ship safe and ensure the continuity of the human race. Among all these pilots, the show focuses on a pilot called Nagate Tanikaze. Raised by his grandfather in the underground layers of the Sidonia, Nagate spent most of his childhood in isolation, putting time into Garde pilot simulators. When he comes of age and enlists in humanity’s defence force, he quickly becomes an indispensable asset who is extremely adept and killing Gauna adversaries. As he rises up the ranks, he gets chosen to pilot a legendary Garde called Garde Tsugumori, and the show follows his exploits as he fights to save humanity from a grim and irreversible demise.

Although Knights of Sidonia has dozens of characters, there are only three main characters in the show. Below, we’ve given you a brief background on each of them.

Nagate Tanikaze: The main protagonist of the show, Nagate had a troubled childhood while growing up in the depths of Sidonia. Owing to his lack of exposure to the culture of the humans living in Sidonia, he was often discriminated and looked down upon as a child. Further, unlike most Sidonians who are genetically engineered to generate energy through photosynthesis, Nagate is a pure human with all the needs of a pure human. Despite all the discrimination Nagate faced as a child, he quickly becomes the Sidonia’s main protector when he comes of age, and is given the honour of commandeering the legendary Garde Tsugumori. Later in the show, it is revealed that Nagate is actually a clone of the Sidonian hero, Saitou Hiroki, who was actually the original Ace of Sidonia. Not only is Nagate a clone, he is also genetically engineered to be immortal, and has exceptional regenerative abilities. Having received pilot training from birth, Nagate is also shown to be an exceptional combatant with the ability to deal with any situation and handle any weapon.

Shizuka Hoshijiro: Another Garde pilot, Shizuka is ranked second best among trainees and is Nagate’s first friend aboard the Sidonia. Later in the show, Shizuka and Nagate get into a relationship while on a mission, but their joy does not last long after Shizuka is killed by a Gauna when she tries to save Nagate’s life. However, her death does not mark the end of Nagate’s misery as she is absorbed by the Gauna and her memories and DNA are used to make a Garde-like Gauna known as the “Benisuzume”.

Izana Shinatose: Another main character in the show, Izana is also a guardian pilot who quickly becomes Nagate’s best friend and teaches him about life on board the Sidonia. A new type of third gender, Izana is among a rare breed of genetically engineered humans on board the Sidonia who can become either male or female, and have the ability to asexually reproduce and clone themselves. Although Izana is initially intersex, her body starts to become more feminine as she develops feelings for Nagate, and at the end of the manga series, it is shown that she becomes a full-blown female.