What is Kroy Biermann’s Net Worth? 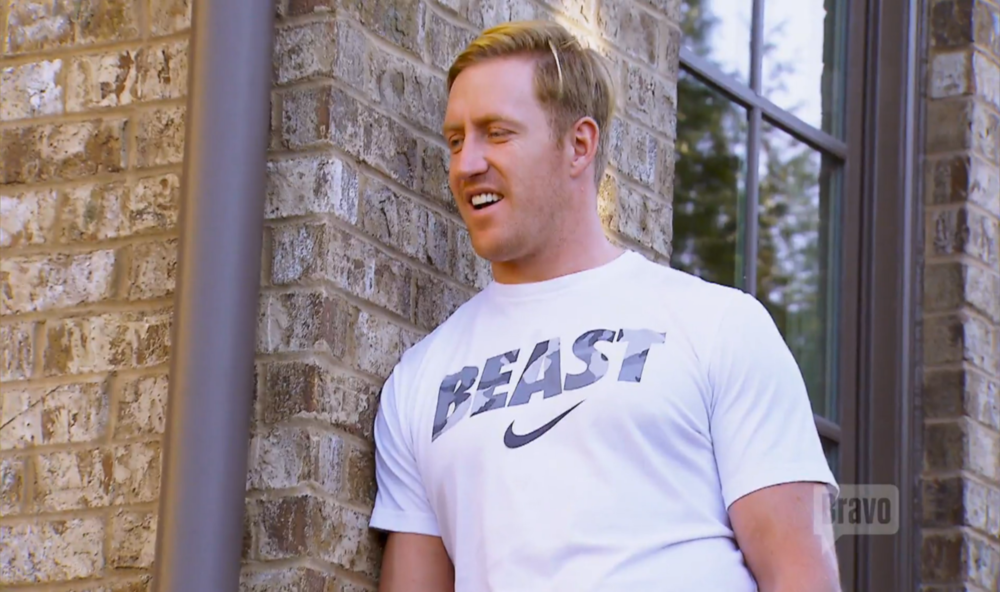 Kroy Biermann is a former NFL defensive end and outside linebacker. He played for the Atlanta Falcons for almost eight years, from 2008 to 2015. Kroy is married to singer and TV personality Kim Zolciak Biermann and appears on the Bravo reality TV show ‘Don’t Be Tardy,’ a spin-off of the ‘Real Housewives of Atlanta.’ Kroy met Kim in 2010 at a Dancing Stars Of Atlanta charity event, while she was still a regular cast member on ‘RHOA.’ They fell in love and by 2011, the couple moved in together. Their first child, son Kroy Jagger, was born in May 2011. The couple got married in November 2011, in an intimate ceremony at their home in Roswell, Georgia.

Kim and Kroy welcomed son Kash Kade in August 2012, and twins Kaia Rose and Kane Ren were born in November 2013. In July 2013, Kroy legally adopted Kim’s two daughters from previous relationships – Brielle and Ariana. Together with their six kids, Kroy and Kim are one big happy family. Born in September 1985 in Hardin, Montana, to Keith and Kathy, Kroy has two sisters – Krista and Kelsey. He was into sports from a very young age, playing football all through high school, along with doing track and wrestling too. He did exceedingly well at college football as well, winning the Big Sky Defensive MVP and the Buck Buchanan Award in 2007. Let’s take a look at how Kroy made his fortune and what his net worth is for 2020!

How Did Kroy Biermann Make His Money?

Kroy amassed the majority of his wealth through a career in pro football. He was drafted by the Atlanta Falcons in 2008. He had an impressive football career until he suffered a torn tendon in September 2013. He had to take the rest of the season off. Kroy had to undergo an Achilles tendon surgery, but he recovered quickly and led the Falcons to a great season in 2014 with 4.5 sacks.

In March 2015, he signed a one-year $1,925,000 contract with the Falcons, plus a $500,000 signing bonus and $500,000 guaranteed salary. Football was Kroy’s primary source of income until he retired in 2016. Now, he mostly looks after the kids and supports Kim in her various business ventures. Kroy is also a regular cast member on Kim’s show ‘Don’t Be Tardy’ which revolves around their family life.

Kroy Biermann’s net worth as of 2020 is estimated to be $5.5 million. He owns two properties as well. In 2011, Kroy and Kim purchased a sprawling 11,000 square foot mansion in Roswell, Georgia (the same home where they later got married) for $3.25 million. In 2014, Kroy and Kim, and their six kids moved into a new property – a huge 17,000 square foot house featuring a state-of-the-art movie theatre, a basketball court, a fully equipped gym, a pool, and a spa.

Read More: What is Kim Zolciak’s Net Worth?