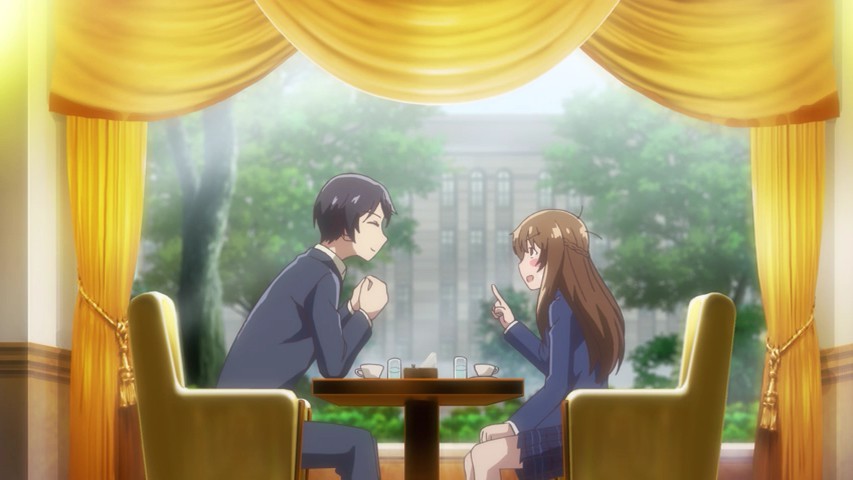 Kyoto Teramachi Sanjou no Holmes (literally meaning “Holmes of Kyoto”) is a Japanese mystery anime television series which is based on a novel series of the same name. Written by Mai Mochizuki and illustrated by Yamōchishizu, the novel series went into publication in April 2015. A couple of years later, the novel series was adapted into a manga series with art by Ichiha Akizuki, and this manga adaptation began serialization in a seinen manga magazine named Monthly Action on October 25, 2017. Notably, new material is still being added to both the novel series and its manga adaptation.

Months after the manga adaptation began publication, a Japanese anime studio called Seven announced plans to adapt the series into an anime television series and Season 1 of Kyoto Teramachi Sanjou no Holmes July 10, 2018. While it wasn’t considered to be one of the better anime shows out there, Season 1 still managed to impress fans of the source material and some viewers, and managed to create its own fanbase. Since then, fans of the show have been waiting to hear news on a second season and here’s everything we know about the prospects of Season 2 thus far.

Holmes of Kyoto Season 2 Release Date: When will it premiere?

Holmes of Kyoto season 1 premiered on July 10, 2018 and ran for 12 episodes till September 25 of the same year. However, in spite of the show’s popularity among fans of the source material, it has not been renewed for a second season yet.

That being said, there’s no reason to get worried just yet if you’re hoping for a second season of the show. Anime shows are typically renewed within a period of five years and hence, there’s plenty of time left for Seven to announce a second season. Further, since new chapters are being published in both the original novel series and the manga adaptation, there is definitely no dearth of source material for a second season. Given this fact, we think that there’s a decent chance of Kyoto Teramachi Sanjou no Holmes being renewed for a second season. However, considering the uncertain nature of the anime industry, nothing can be said for certain till Seven makes an announcement on the future of the show. We’re keeping our ears open for news on Holmes of Kyoto season 2 release date and we’ll update this section as soon as we hear something reliable.

While Kyoto Teramachi Sanjou no Holmes does enjoy quite some popularity in Japan, it has a relatively limited international viewership. It is perhaps for this reason that the show has not been dubbed into English yet. That being said, there’s always the possibility of an English dub being licensed in the near future. Meanwhile, if you want to watch the show, you can find the original Japanese version with English subtitles on Crunchyroll.

As the name of the show suggests, Kyoto Teramachi Sanjou no Holmes has a detective aspect to it, which is made evident by the reference to the legendary Sherlock Holmes.

The show is set in the Japanese city of Kyoto and much of the story revolves around an antique shop located in the Teramachi Sanjou shopping district of the city. The story starts off when a high school student named Aoi starts working as a part-time employee at the antique shop and meets Kiyotaka Yagashira, who is the son of the shop’s owner.

To her pleasant surprise, Aoi soon learns that Kiyotaka is quite the detective and is known as the “Holmes of Teramachi Sanjou”. Impressed by Kiyotaka’s eye for detail and his ability to solve odd cases, Aoi then joins him in solving odd cases brought to them by various clients. The show thus documents the many cases which Aoi and Kiyotaka solve together.

Although Kyoto Teramachi Sanjou no Holmes has a limited number of characters, a handful among them are important to the plot of the show. Below, we’ve provided you with brief backgrounds on each of the important characters in the show.

Aoi Mashiro: The female protagonist of the show, Aoi is a high school student. Having recently moved from the city of Saitama to Kyoto, Aoi finds herself in a tough situation wherein she grows distant from her old friends and struggles to make new ones in Kyoto. Meanwhile, to make ends meet, she takes up a job at an old antique shop in the shopping district of Kyoto, and meets Kiyotaka, who is the son of the shop’s owner and its de facto manager. Kiyotaka, for his part, finds Aoi to be an extremely useful employee as she has an eye for spotting genuine antiques and differentiating them from fake ones.

Kiyotaka Yagashira: The male protagonist of the show, Kiyotaka is a 22-year-old graduate from Kyoto University. Although Kiyotaka nominally serves as an apprentice at his family’s antique shop, Kura, in actuality he is the de facto manager of the shop as his father is often away. Kiyotaka is also a handsome lad and comes off as very gentle, but he can be extremely strict when required, especially with himself. Kiyotaka also boasts extraordinary deduction and observation skills and his ability to solve odd cases and spot fake antiques from con artists has earned him the name “Holmes of Teramachi Sanjou”, which is a reference to the legendary detective Sherlock Holmes.

Akihito Kajiwara: An important supporting character in the show, Akihito is a handsome young man who aspires to become a superstar someday. Born to a famous author, Akihito is a novice actor. Although Akihito is generally very agreeable, he sees Kiyotaka as a rival and this often causes friction between himself and the young detective.

Enshō: Another important supporting character in the show, Enshō is a genius con artist. Although he had left his deceitful ways behind and had taken up life as a priest, Enshō gets back into the scamming game after meeting Kiyotaka.