Larry McNabney Murder: How Did He Die? Who Killed Him? 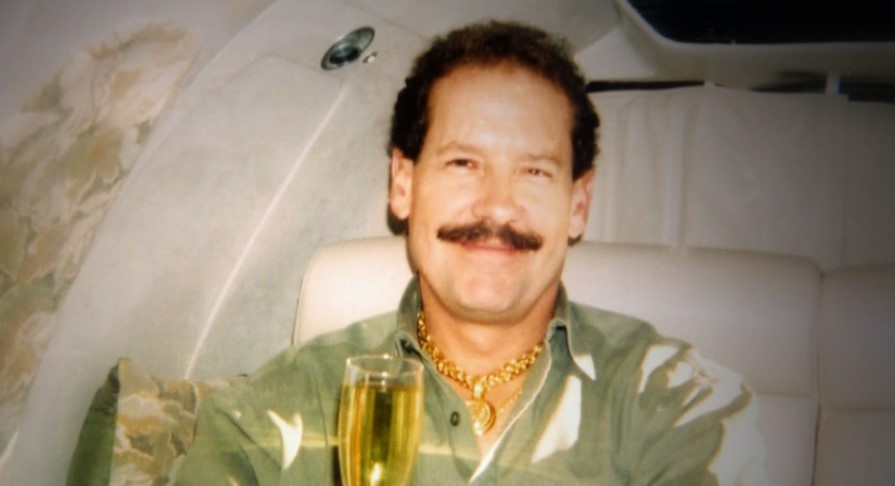 While the rest of the world dealt with the fallout from the 9/11 disaster towards the end of 2001, Larry McNabney’s family dealt with their own tragedy. The celebrated lawyer mysteriously disappeared in September 2001, and his loved ones got varying answers from his wife. ABC News’ ’20/20: Hell in Heels’ delves into Larry’s relationship with a woman he knew as Elisa Barasch. However, the authorities discovered a past of lies and con-artistry that eventually ended in murder. So, let’s find out what happened to Larry then, shall we?

How Did Larry McNabney Die?

Lawrence William McNabney was a famous and wealthy attorney in Nevada before moving his practice to Sacramento, California. The 52-year-old was a well-known figure in law circles and had a great passion for quarter horses. But he was also not without his problems; Larry struggled with alcohol issues. The affluent lawyer had been married four times and had three children when he met Elisa Barasch. They married in 1996, and she worked at Larry’s law office.

On September 10, 2001, Larry and Elisa were at a horse show in Los Angeles County, California. There, witnesses reported that Larry left early, saying he was sick. He was seen then in a wheelchair, Elisa taking him away that day. Larry was nowhere to be found after that, with a missing person report being filed on November 30, 2001, by an employee at the law office.

The investigation didn’t spring into action until Larry’s son filed another report about a month or so later. On February 5, 2002, a worker at a vineyard in San Joaquin County discovered a leg sticking out of a shallow grave and reported it to the police. It was Larry’s decomposing body, and it was clear he had been dead for a while. The autopsy revealed that he had been poisoned with a horse tranquilizer called acepromazine.

After Larry McNabney’s last sighting at the horse show, it was business as usual at his law office in Sacramento. While he never showed up, Elisa continued negotiating with lawyers. She seemed to have different explanations for where Larry was: rehab, vacationing in Costa Rica, or living with a cult. However, by the end of November, one of the new employees grew suspicious because she had never seen Larry and reported him missing to the police.

The investigation kicked into gear when a second missing person report came from Larry’s son. The authorities couldn’t get a hold of Elisa anymore, and she was last seen leaving Sacramento in her luxury car on January 11, 2002, after closing down the office. The police eventually found Larry’s horse trailer containing Elisa’s belongings. By then, they knew that Elisa was a fake name because nothing turned up on their databases; no social security number or driver’s license.

In the trailer, the police found documentation of various aliases that Elisa used over the years. In reality, she was a con artist wanted in Florida and Washington for credit card charges. Elisa had a rap sheet that ran several pages and at least 38 different aliases. Elisa’s real name was Laren Sims, and she spent most of her life scamming people. The authorities eventually tracked Laren to Destin, Florida, in March 2002. By then, she had been working two part-time jobs, was dating someone, and went by Shane Ivaroni.

The authorities also learned that Laren had liquidated all of Larry’s assets in the time after he was last seen. After her arrest, it didn’t take long for the real story to come out. Laren wrote a three-page confession where she implicated the young legal secretary at the law office, Sarah Dutra. According to Laren, she poisoned Larry’s water with a lethal dose of horse tranquilizer and claimed that Sarah was a part of it. The women had become good friends over time, and Sarah had been a regular fixture at the horse shows Larry attended with Laren.

Then, Laren claimed to have driven to the Yosemite National Park in California to bury the body. According to her, Sarah began digging a hole, but Larry was still alive, so they abandoned the plan. At one point, they even drove to Las Vegas, Nevada, where they partied and looked for a place to bury Larry. Eventually, he was brought back to his home in Lodi, California, where they placed the body in the refrigerator in the garage.

Larry was in there for more than a month while Laren continued living her life and keeping up appearances. In December 2001, she buried his body in a vineyard in San Joaquin County before fleeing in January 2002. In the end, Laren never faced justice because she killed herself while awaiting extradition from Florida weeks after she was arrested. Sarah was convicted of voluntary manslaughter and accessory to murder, receiving the maximum possible sentence in April 2003.

Read More: How Did Laren Sims Meet Larry? How Did Elisa McNabney Die?