Is Leda Dreaming or Hallucinating at the End of The Lost Daughter?

‘The Lost Daughter’ follows the darkly cerebral journal that Leda, a professor on vacation, undergoes when she is reminded of her tumultuous days as a young mother. When she encounters Nina, another young mother also struggling with the constant demands of raising a young child, Leda is tortured by the memories of how she abandoned her daughters when they were little.

Eventually, the intricately layered narrating gives us a conclusion that seems reconciliatory but reeks of ambiguity. Does Leda actually speak to her daughters in the closing moments of ‘The Lost Daughter’? Let’s find out. SPOILERS AHEAD.

Is Leda Dreaming or Hallucinating at the End?

After leaving her apartment in a daze, Leda kicks her luggage down the stairs and eventually sets off in her car. This is following her dramatic encounter with Nina, in which the latter storms out after stabbing Leda with a hatpin. While driving the car, the protagonist seemingly falls asleep, and we get a brief glimpse of her going off the road. Leda is then seen stumbling onto the beach in the dead of night, where she passes out at the edge of the water. 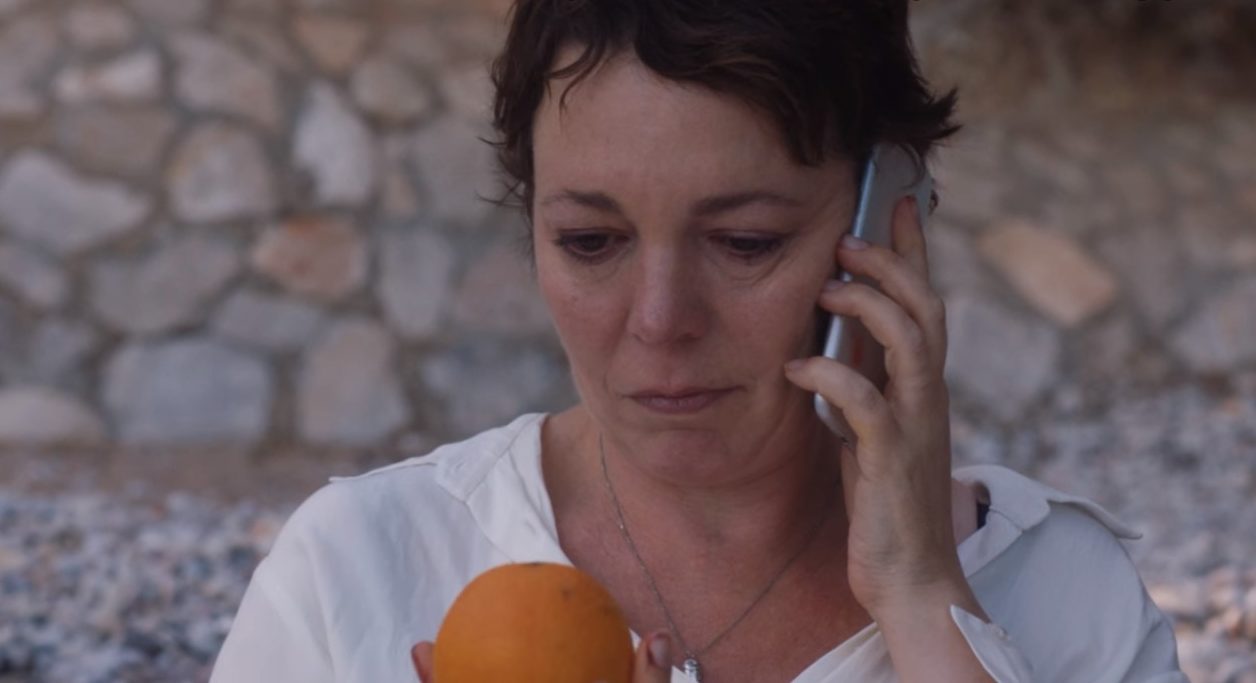 Leda then wakes once the sun is out, with the water lapping at her face. She is then seen speaking to her daughters, and a much-needed reconnection between mother and daughter occurs, in which Leda closes her eyes in contentment as she listens to her daughters’ concerned voices. However, she then picks up an orange and begins peeling it. Considering it is highly unlikely that she finds a fresh orange on the beach and that she actually stumbles onto the water’s edge empty-handed, the inexplicable appearance of the fruit hints that what we are seeing is, perhaps, not real.

Considering she is stabbed by Nina and is then involved in an accident, it is also possible that Leda is dead, and the film’s closing scene depicts a version of her afterlife. This would also explain the presence of the symbolic orange, which has previously symbolized Leda’s happy memories with her daughters.

Thus, the idyllic ending of the film might just be a figment of Leda’s imagination or a representation of her afterlife. Though it is arguably possible that the closing scene shows us Leda actually reconnecting with her daughters, the masterful addition of a simple orange makes us question the veracity of what is depicted. Considering how crucial the orange motif is in depicting the central relationship between Leda and her daughters, it seems the former is most likely dreaming or experiencing a version of her afterlife in the closing scene of ‘The Lost Daughter.’