Review: Lenox Hill is Noble in its Intent But Limited in its Scope 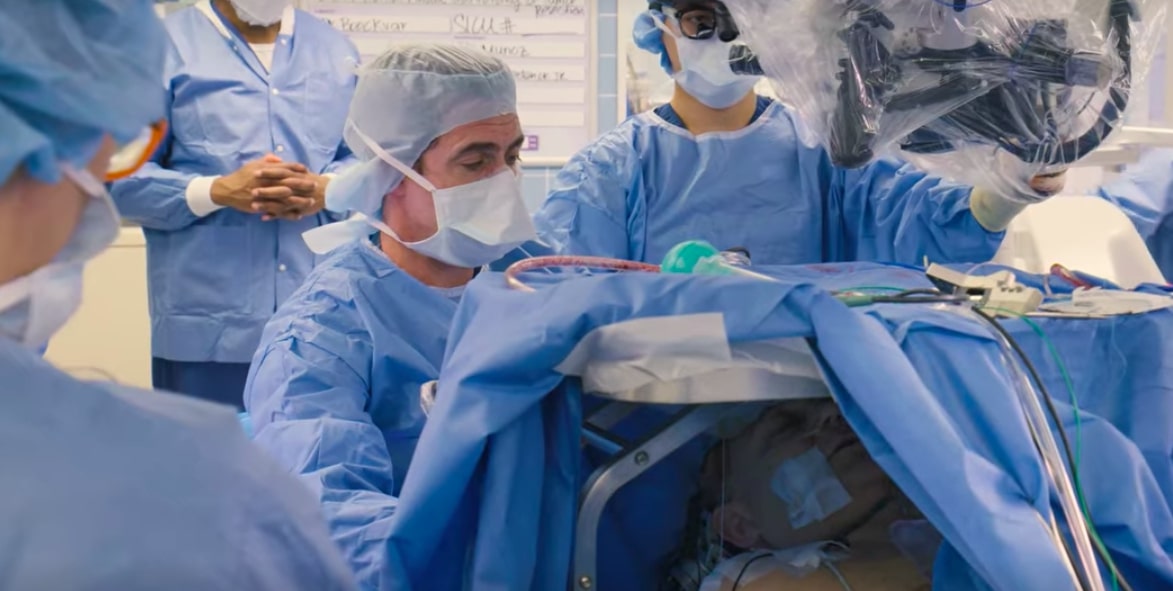 The documentary series ‘Lenox Hill’ revolves around four physicians and their different but determined motivations when it comes to their patients. The documentary series is quite important, considering the current context, to understand the value and commitment of those we may have been taking for granted. That said, the documentary is not without its share of limitations.

‘Lenox Hill’ opens itself up briefly into the life of four physicians, who work in their respective departments in varied capacities to provide the best they can for their patients. Dr. David Langer, the Chairman of the Neurosurgery Department juggles to meet the expectations of both the administration and his patients. More interested in the work he does as a neurosurgeon, the viewers are made familiar with the kind of complex cases he comes across. During the course of the documentary, though he is shown to perform several surgeries, the major focus is on one patient, a woman from Tennessee who, unlike what he had hoped, gets a stroke after the first round of surgery. In any case, he is able to do a great job despite the odds and is eventually able to send her home.

Dr. John Boockvar, Vice-Chair of the Neurosurgery Department is a charming and professional neurosurgeon whose predominant interest lies in neurosurgery and its medical research. He divides his time between the two and hopes to focus more on quality of life when it comes to treating his patients. Out of the many cases he undertakes, one that stands is of a young man whose condition does not get better even after surgery; thus, Dr. Boockvar has to break it down to him that there is no point in further surgeries as it will only hamper his normal functions without much result. In any case, working in the same department, both Dr. Langer and Dr. Boockvar are close friends and colleagues. Their families are briefly shown as well. One stranded sub-narrative is that of their colleague, Dr. Mitchell Levine who gets diagnosed with cancer himself. Though there isn’t much focus on Dr. Levine, it nonetheless serves a point.

Dr. Mirtha Macri, an ER doctor is heavily pregnant when the camera focuses its gaze on her. She sees patients from different walks of life walk into the emergency room every day. In many ways, she can be seen juggling her personal life as a mother, and that of a physician. Dr. Amanda Little-Richardson, Chief Resident of Obstetrics and Gynaecology, is seen supervising deliveries one after the other as a final year resident doctor. Her concerns grow when she gets an abnormal scan during the course of her pregnancy. Though the documentary comes to a close before she gives birth, it nonetheless highlights her aspirations as a doctor and what it truly means to her.

The documentary series puts much emphasis on the kind of life these physicians lead, wherein they barely have time to spend with their families. Despite this, they are committed to doing their best when it comes to their patients. These four physicians then symbolically represent similar lives of many other doctors who face the same issues. It is pertinent to note that Dr. Langer and Dr. Boockvar work with complicated brain surgeries where the outcome is heavily dependent on the tiniest bit of detail, and even after being in practice for years, they cannot help but be emotional, along with their patients. This is the same with Dr. Little-Richardson and Dr. Macri. Furthermore, these physicians stress the importance of being open and unbiased towards patients who rely solely on them.

While the documentary does more than its fair share to highlight their noble professions and their individual commitments, it is not without its own pitfalls. The first and perhaps the most obvious one is the choice of subjects itself, where there is a clear divide in their representation. Two of the subjects are top tier neurosurgeons in the state and the other two physicians are juggling to meet their professional obligations in the face of their pregnancies. It is a little odd to see that two of the female physicians they chose to focus on are both pregnant.

Furthermore, along with this is the racial difference that totally hangs loose and is never addressed. This is perhaps best explained by what Dr. Little-Richardson observes as she walks down the hallway observing that in the history of the hospital, all of the revered top physicians are white and male. Though the definite intention of the documentary may not be this, the representation of the case borders on the same observation: Two white male surgeons on one hand, and one physician of Latino descent and another black physician who are both grappling with motherhood on the other.

The documentary has another major shortcoming. While it tries to show the struggles of those in the healthcare industry, the overt focus is only on physicians. While there is no denying how valuable their work is, they are only the tip of the ice-berg when one looks at the entire healthcare process in a hospital. The nurses, technicians, etc., are somehow all ignored. Whether it was an intentional or unintentional choice, it still makes the documentary an extremely limited project. Thus, the documentary series despite offering a moving tribute to doctors is limited in its scope.