Leslie and Jorjean Mark Murders: Where is Jerry Mark Now?

In November 1975, Iowa was rocked by one of the most vicious instances of mass murders in the state’s history. Leslie Mark, his wife, Jorjean, and their two children were brutally murdered by his own elder brother over a property dispute, a case that was later dubbed “Cain and Abel murders” — referring to the Biblical instance of the same, wherein the former murdered the latter.

After more than four and half decades, the complex case and longstanding trial it ensued intrigues public minds, with a book and several shows covering it. Investigation Discovery’s ‘A Crime To Remember: Black Sheep’ meticulously covers the tragedy. If you are already captivated and dying to know the case details and the lengthy, complex trial process, we have your back.

How Did Leslie and Jorjean Mark Die?

Leslie Wayne Mark was born to Wayne and Dorothy Durham Mark in Cedar Falls, Iowa. A former director of Black Hawk County Farm Bureau, the 25-year-old was a member of the county extension council. Leslie married Jorjean Marie Colthurst, 25, in Ainsworth on March 21, 1970. They were proud parents of two children, Julie Julane Mark, aged 5, and Jeffrey Wayne Mark, aged 18 months. At the time of the incident, the Mark family lived in a large, two-storeyed family farmhouse at 5828 Union Rd, near Cedar Falls in Black Hawk County, Iowa. 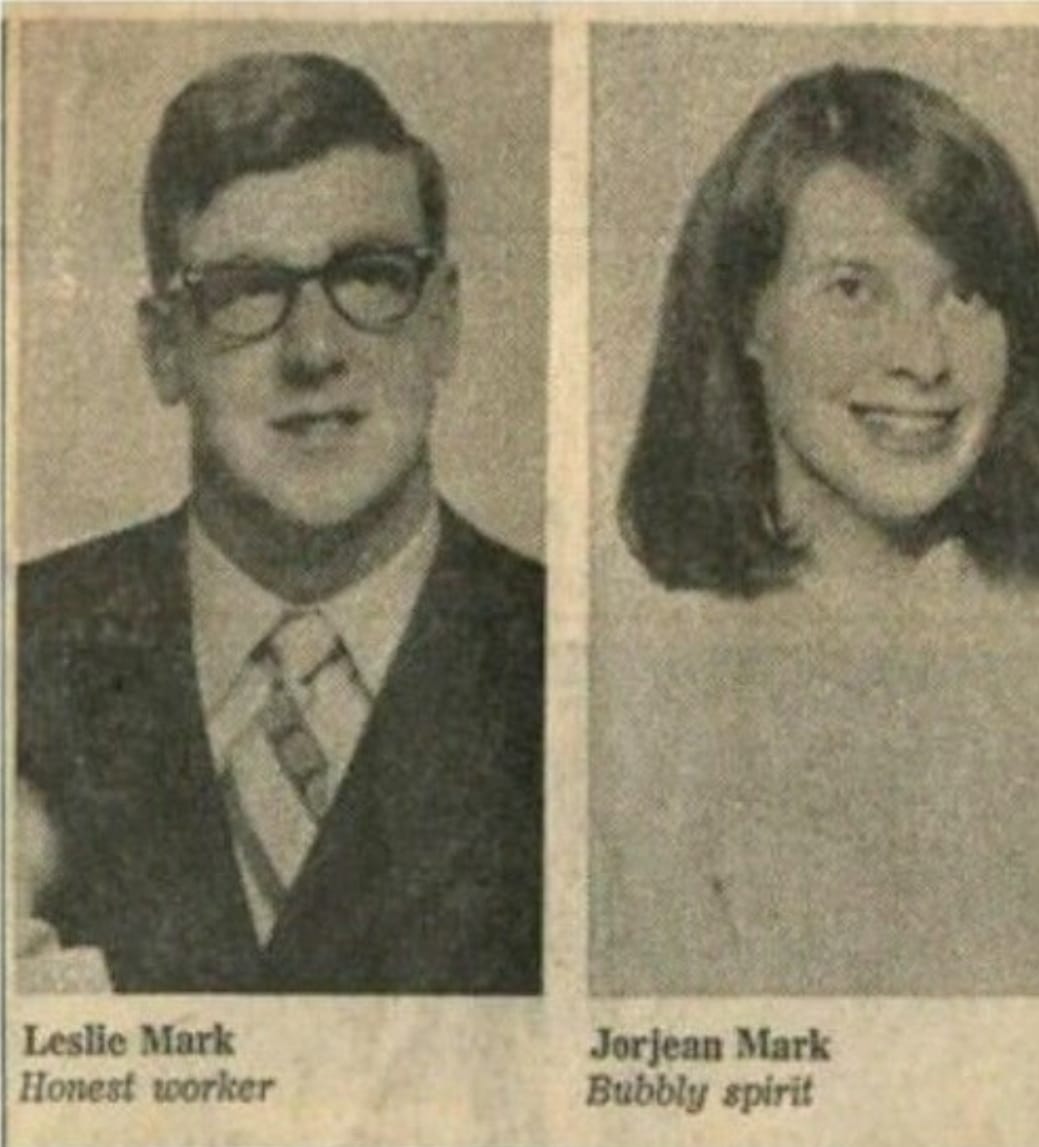 Leslie and Jorjean were the perfect American couple, religious and loving, and valuable members of their community, so much so that the community sent death threats to the alleged slayer of the family. Hence, it came as a shock when Leslie’s mother, Dorothy Mark, and neighboring farmer, Clark Renne, discovered the bodies of the Mark family at their farmhouse at around 8 am on the morning of November 1, 1975.

Dorothy informed the sheriff’s deputies, and they arrived at the scene to find the deceased family members. Leslie was shot four times in the head and once in the abdomen region, and his wife, Jorjean, was shot twice in the head and once in the back. It was determined that the shots were fatal, and the couple had instantaneously died. Upstairs, Julie was also found in her bedroom, shot twice with a bullet piercing her right eye and another in her heart. The youngest member of the Mark family was also found dead with two bullet wounds — one above the right eye and the other on the left side of his chest.

Who Killed Leslie and Jorjean Mark?

At the Mark residence, the authorities found a broken glass pane at the side door. A grandfather clock was also found in a damaged condition. When they searched the basement, they discovered that the circuit breakers were open and the clocks had ceased to work at 5. Thus, looking at the crime scene, the investigators initially believed the tragedy was the result of a break-in. The investigators were baffled as the probe revealed no possible suspects or motive behind the gruesome slaying.

Except for the perpetrator breaking into the house to kill the Mark family, the police had almost nothing to go with. However, the nature with which the murders were executed made the police believe that the crime was personal, and the assailant probably had very close ties with the deceased family. For a brief time, the authorities even considered a theory of murder-suicide but discarded it when no murder weapon turned up even after a thorough search of the residence and the surrounding area.

No one would have suspected Leslie’s brother, Jerry Allen Mark, a legal-aid lawyer and former Peace Corps volunteer, had he not lied in a routine inquiry about his whereabouts around the time of the murders. Upon being questioned, Jerry provided contrasting accounts of his location the night of the murder when he claimed to have gone for a motorcycle ride on his recently purchased 450cc Honda bike. Even with conflicting witness statements, the police confirmed Jerry’s statement of taking a motorbike ride but discerned that he was lying about the route he took.

The police looked into him, and a surprising amount of circumstantial evidence began to pile up. The probe revealed that Mark had purchased a box of fifty .38 caliber Winchester Western Long Colt bullets, identical to the ones used in the murder, from a Californian shop just about 11 days before the murder. On October 31, he was also placed by a witness in Ackley at around 8 pm, which is a mere 36 miles away from Leslie’s residence. There were also cigarette butts found at the crime scene that had the saliva of an individual with type-O secretor blood, the same as Jerry.

With these pieces of evidence, the police also came up with a motive that Jerry might have been jealous that his younger brother, Leslie, had been deemed worthy and responsible than him to run the family farm. Investigators opined that this jealousy might have been the primary motivation behind Jerry’s murdering his brother and his family. A few months into the investigation, Jerry was arrested and charged with all four murders on November 10, 1975.

Where Is Jerry Mark Today?

An Iowa court jury convicted Jerry on all four counts of first-degree murder charges and sentenced him to four consecutive life sentences without parole in 1976. Jerry proffered his innocence, rejecting all claims of him killing Leslie and his family, and kept on consistently appealing against the ruling. His conviction came in a pre-DNA testing era, and his lawyers desired to use the advancements in foreign science to convince the court to overturn the ruling and mark the 1976 trial as unfair.

Jerry’s lawyers argued that the evidence found against the defendant was inconclusive, with the bullet caliber analysis technique being termed outdated and the practice discontinued by the FBI Laboratory permanently in 2005. His lawyers also claimed that the DNA tests of the butts revealed the killer had a type-O blood group, which about 40% of the American population has. Jerry also claimed that the DNA analysis of possible evidence, such as the bedding, two contraceptives, two leather gloves, and the fingernail scrapings obtained from Leslie and Jorjean, was ignored by the law officials earlier.

A subsequent DNA test of the cigarette butts by the state lab reportedly ruled out Jerry as the smoker. Initially, Jerry’s appeal won him an order for a new trial in September 2006 in U.S. District Court. But the U.S. Eighth Circuit Court of Appeals reversed that order while upholding the 1976 conviction in August 2007. However, it was enough to raise questions among the public regarding whether Jerry is the actual killer or just a scapegoat in an unfair trial. According to official records, Jerry Mark continues to serve his life sentence without the chance of parole in Iowa State Penitentiary in Fort Madison.