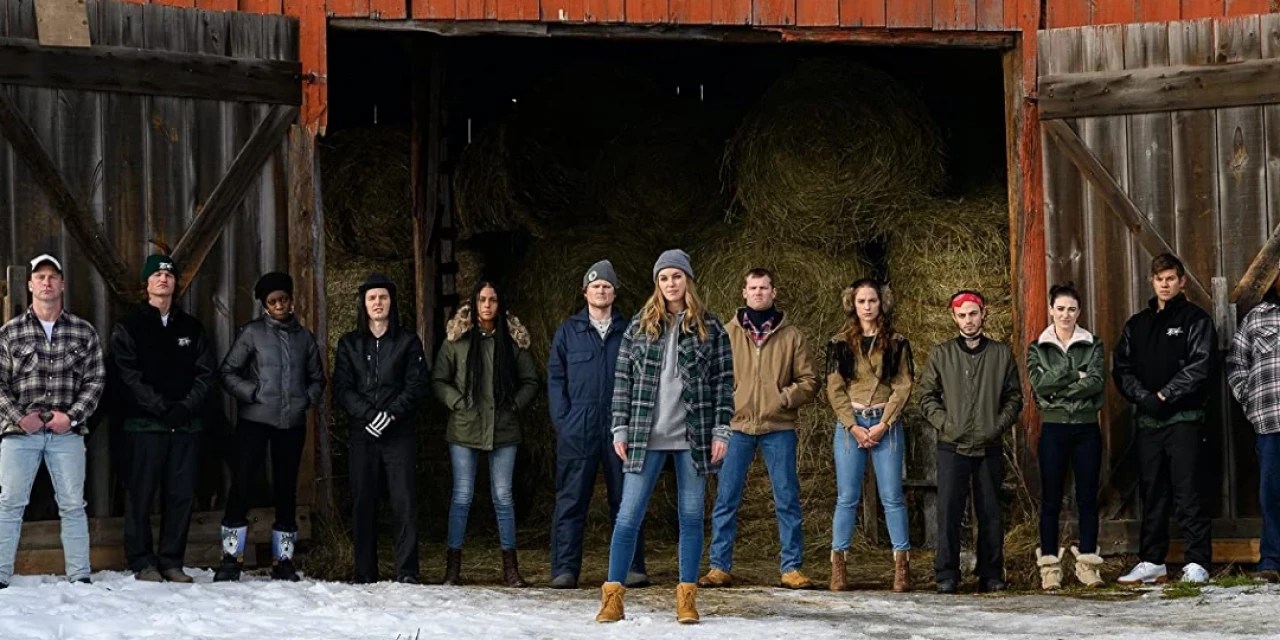 ‘Letterkenny’ follows the lives and problems of the titular small-town’s residents, focussing on three groups lovingly called the “hicks,” “skids,” and hockey players. Season 9 brings us another entertaining chapter of the story and picks up from a particularly tumultuous time in their lives. Katy is on a “scorched earth” rampage even as the town’s beloved pub faces a crisis, and multiple characters profess their love for the same person. Chaos abounds as the season closes and a host of troublesome past characters make an appearance. If you’re wondering just what goes down in the season, we’ve got your back! Here’s ‘Letterkenny’ season 9 recap and ending, explained.

The season opens in the aftermath of Katy’s breakup with Dierks, which apparently ends in a fight in which the latter is beaten up. As the hicks and their friends have a meal together, Katy’s former boyfriend’s thuggish cousins arrive and begin to threaten the group. However, Wayne and Katy’s cousin Jake, who is in the military, shows up with a few American and Canadian army buddies to even the odds, leading to one of the most spectacular group-brawl scenes on the show. 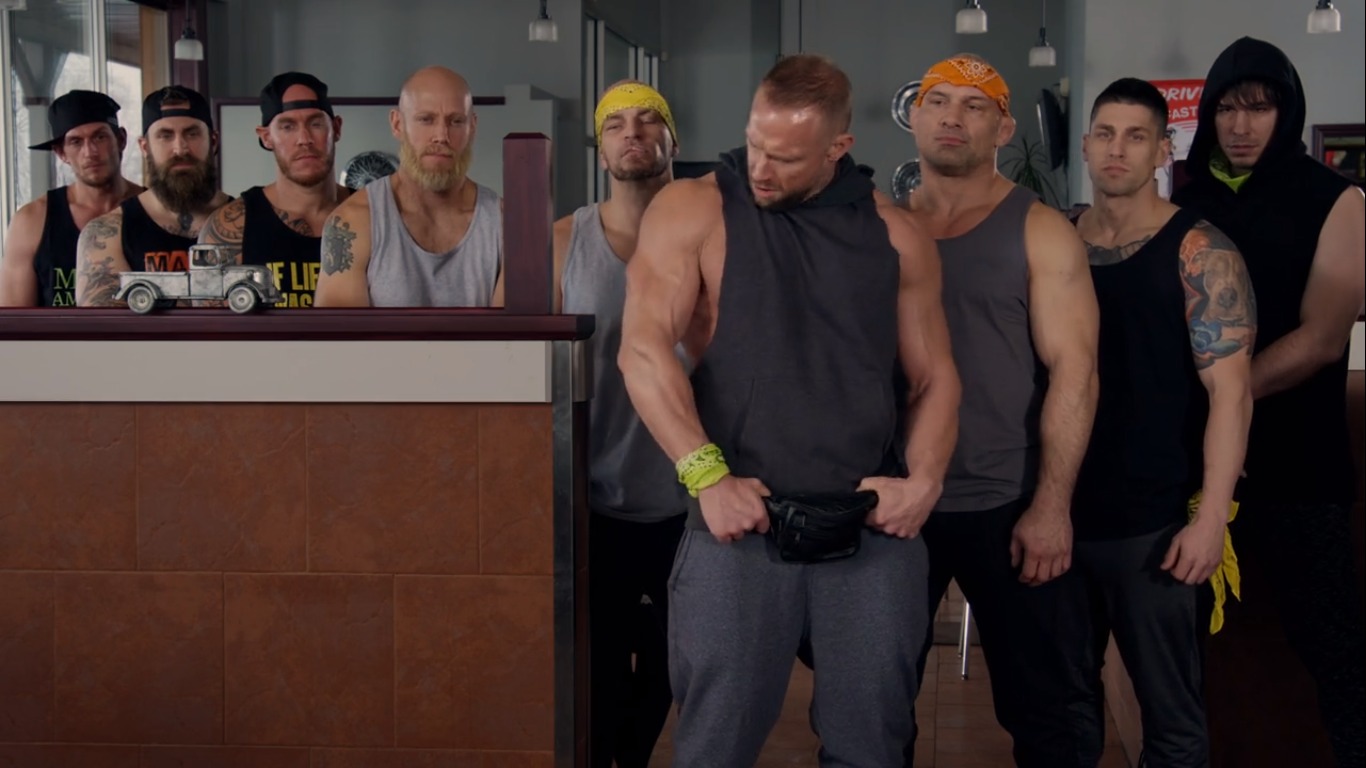 Meanwhile, Katy deals with her broken heart by going on a dating rampage, which she refers to as “scorched Earth.” After hooking up with one of the US military men, she goes on a series of unsuccessful dates, leading her to proclaim that no one in the town is dateable. Reilly and Jonesy also go through a similar problem when they realize they’ve tapped out the potentials of all their dating apps and must now look outside of town for potential girlfriends. Soon, they show up with former Brodude models Cassie and Tassie, seemingly in a relationship with them.

The local watering hole, MoDean’s, also goes through some changes as Gail decides to spruce things up at the bar by introducing a brunch program, which the hicks initially call snooty but end up partaking in. However, there is trouble when a new chain restaurant opens in town and steals away all of MoDean’s regular patrons, much to Gail’s anger. To make things worse, Bonnie also picks up a shift at the rival restaurant. 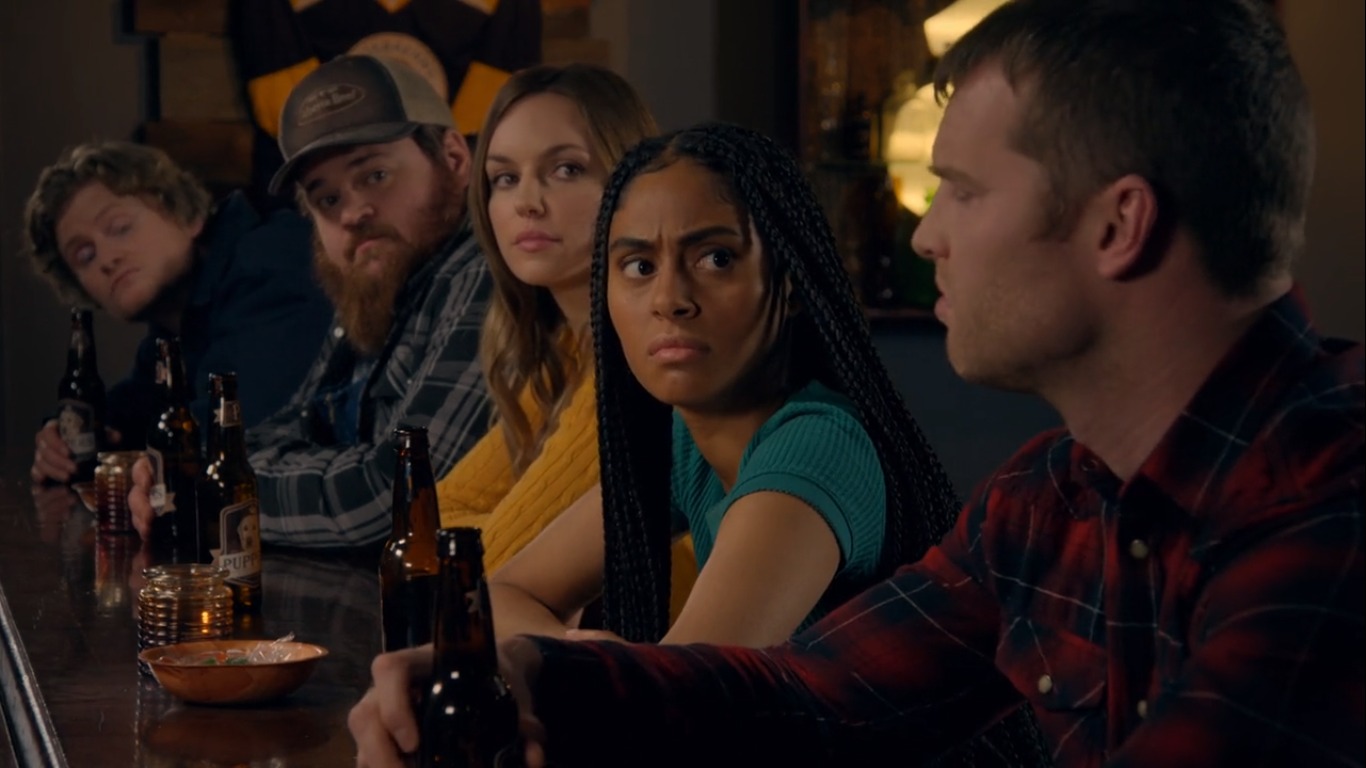 However, soon after the new restaurant’s opening, she returns to MoDean’s, followed by all the rest of the patrons, saying that the new guys cannot handle the crowd. However, it is also hinted that Gail and Bonnie planned this all along and that the latter was a “double agent” who went in to work in the new restaurant as a ruse.

Letterkenny Season 9 Ending: Who is the Woman With Wayne at the End?

In the season’s closing episode, Tanis announces the launch of her new energy drink, which is heavily “inspired” by Brodude. Stewart and Roald are excited to be the DJs for the event, and their crudely named duo begins to get a surprisingly large fan following. Unfortunately, Cassie and Tassi try to get back into Brodude’s good books by leaking news of Tanis’ event. A sales rep from Brodude subsequently shows up and threatens Tanis, who remains unphased. 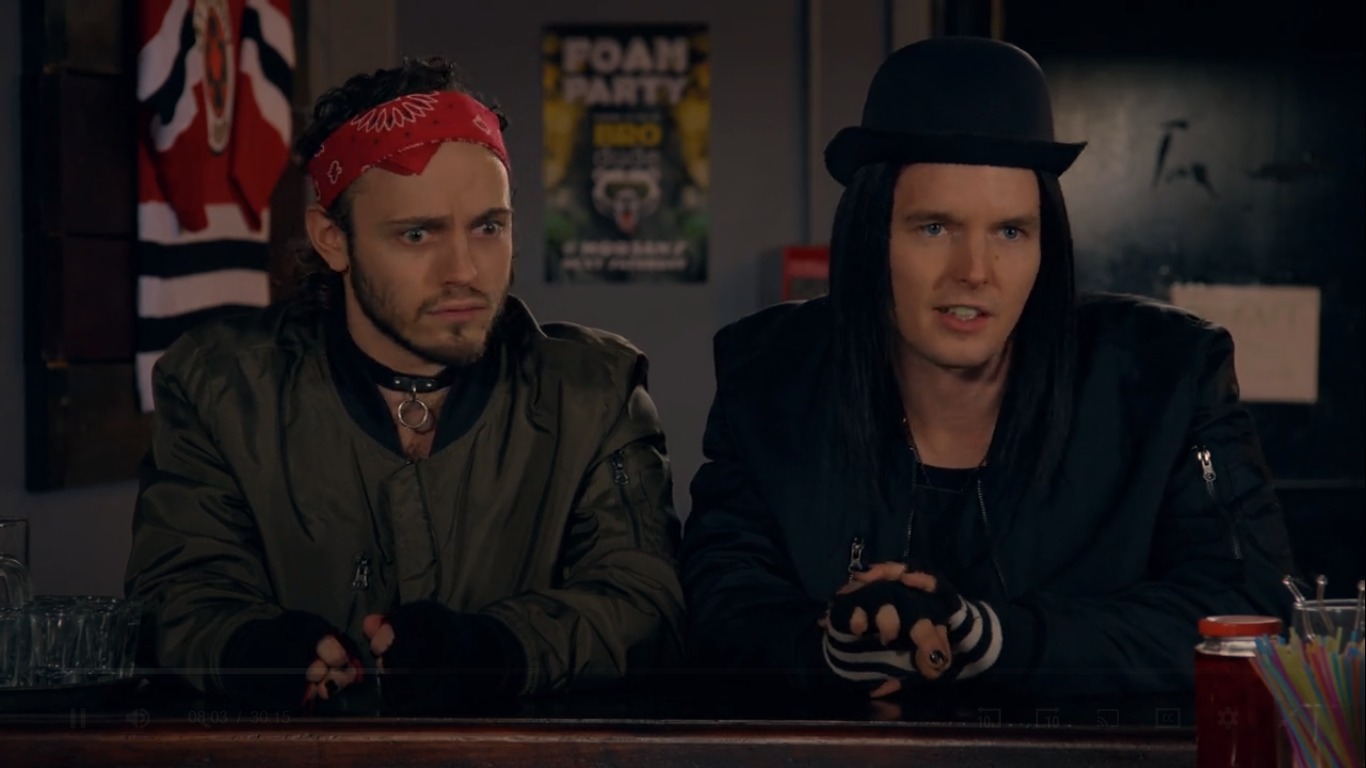 Eventually, the rep announces that Tanis’ newly acquired team, the Kerry County Eagles, will have to give up their championship title due to inconsistencies in the health test results of their players (Reilly, Jonesy, and Shoresy). As chaos erupts and people protest the loss of the title, Wayne quietly steps out of the venue and season 9 closes with him suddenly coming face to face with a familiar face.

So the woman that stops Wayne dead in his tracks at the end of season 9 is Marie-Frédérique, a French-Canadian from Quebec who the hicks refer to as Marie Fred for short. She initially meets Wayne when Daryl begins to date her friend, Anik. Eventually, she and Wayne get into a long-distance relationship which lasts till the end of season 7, when the letter catches her kissing another man. Thus, Marie Fred and Wayne break up, but she then continues to keep calling him to patch things up (in season 8) but to no avail.

Thus, it now seems like Marie Fred has made her way to Letterkenny from Quebec in order to seemingly win back Wayne’s love. However, that might be a tall order as the town tough guy has a strict code of conduct that stops him from dating “cheaters.” Additionally, the fact that he is currently with Rosie and the two seem extremely happy together doesn’t bode well for Marie Fred and Wayne’s interaction. 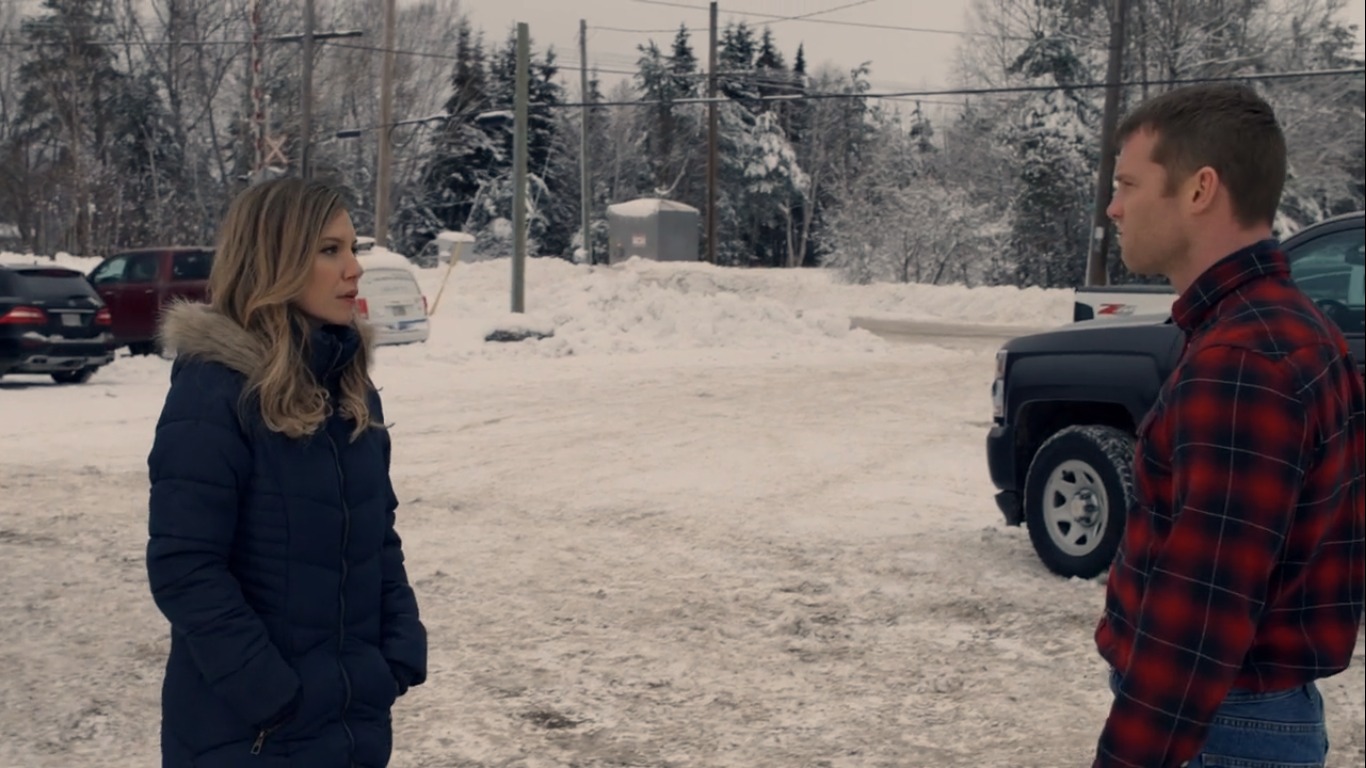 In the unlikely scenario that Wayne and Marie Fred get together, an unimaginable amount of chaos could break out as multiple friendships would get disturbed (like those between Rosie and the rest of the hicks, for example). More significantly, Marie Fred’s close friend, Anik, is now working directly with the Brodude sales rep and gunning for Tanis, as well as dating Katy’s slimy ex, Dierks. Therefore, though Marie Fred’s motives remain unclear, her friend Anik is very clearly up to no good, and a meeting between the former and Wayne is going to lead to some definite mayhem.

Who is Shoresy? Does He Make the Kerry County Eagles Lose the Championship?

Shoresy makes an appearance at the very end of season 9, during a decisive moment when it is announced that the Kerry County Eagles have to forfeit their championship win. As a way of getting back at Tanis for copying the Brodude logo, its sales rep announces that there are irregularities in the DNA samples of Reilly, Jonesy, and Shoresy. Eventually, it is discovered that Shoresy (knowingly or unknowingly) mixed up all three saliva samples, resulting in the three of them getting identical DNA results, which are obviously false. 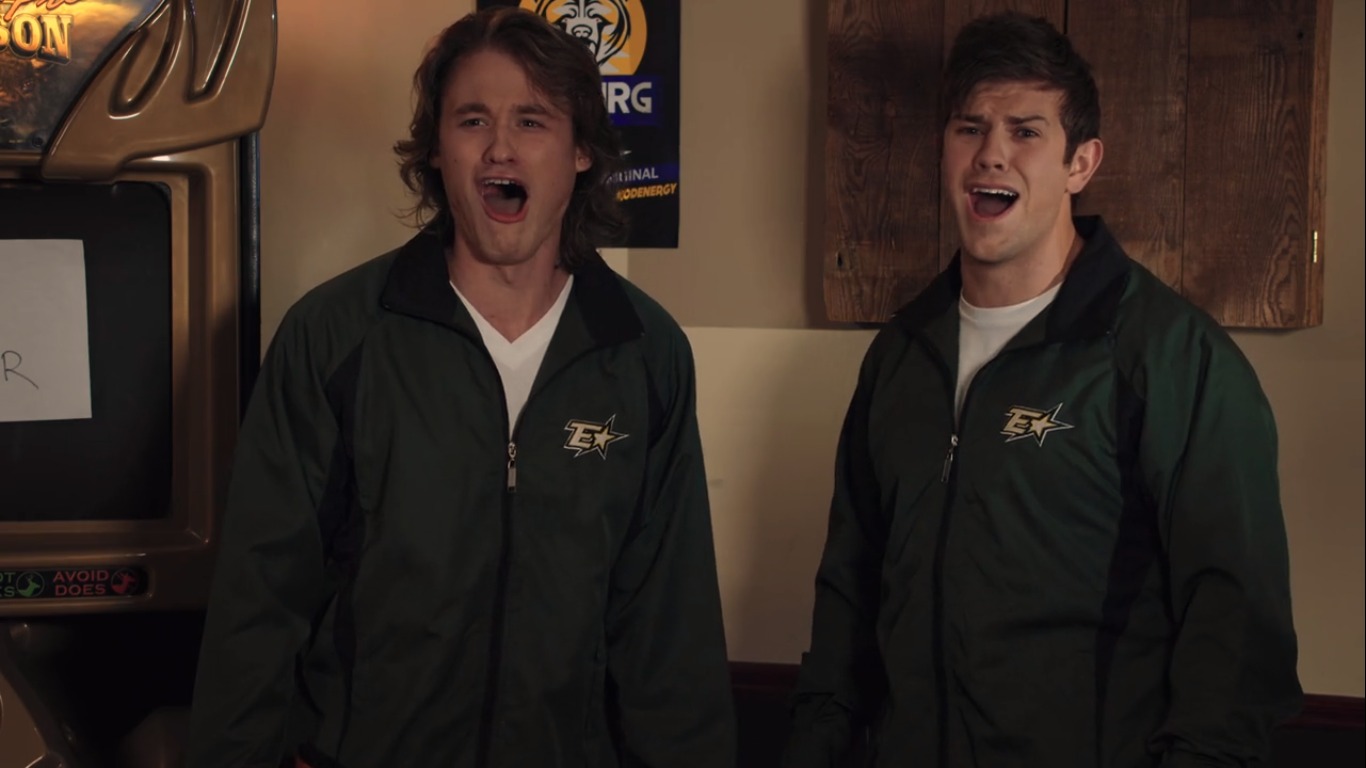 Shoresy has had a tumultuous relationship with Reilly and Jonesy ever since he joined their hockey team. Despite the character’s face never being shown, he has been a constant thorn in the two inseparable best friends’ sides and continues to taunt them even when the championship title gets taken away. From his attitude, it seems like Shoresy mixed up the DNA samples on purpose. However, the quirky character could very well have done it unknowingly and not cared since he has no great respect for the hockey team either. Interestingly, Shoresy is essayed by ‘Letterkenny’ creator and lead actor, Jared Keeso, who also essays Wayne.