When Will Letterkenny Season 9 Premiere on Hulu? 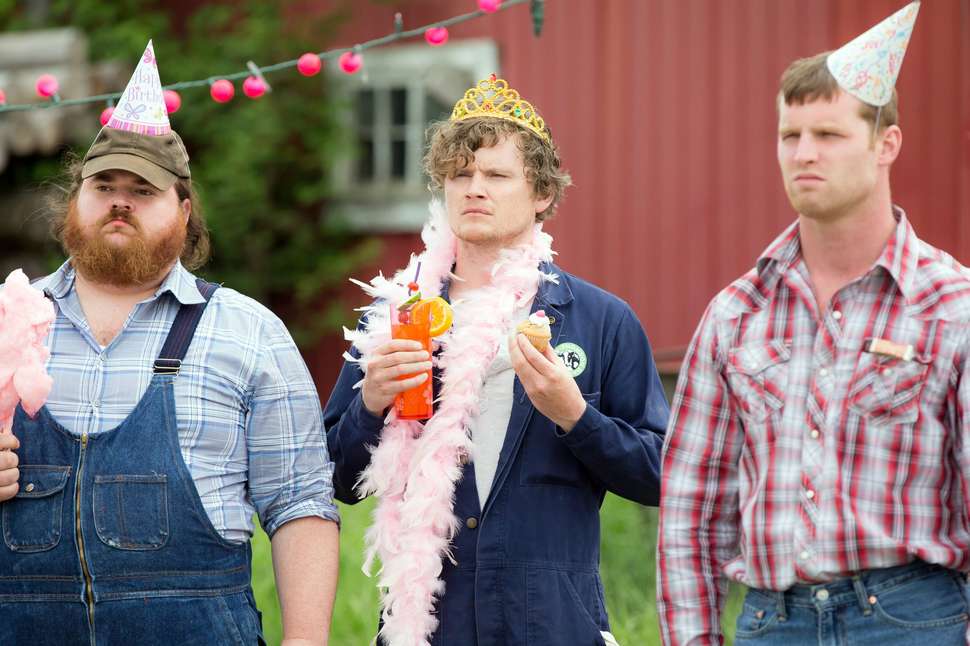 ‘Letterkenny’, created by Jared Keeso and written by Keeso, alongside Jacob Tierney (director) is a Canadian situational comedy. The story is about two friends who reside in an eponymous town. Most of the humor arises from the duo’s antics and their interactions with the members of their community.

‘Letterkenny’ originally premiered on Crave in February 2016. The multiple award-winning series was then taken up by Hulu to air for its US audience, where seasons 1 and 2 debuted on July 13, 2018. Currently, the platform has exclusive rights on the series and the eighth season was released as a Hulu Original in December 2019. Now that fans are done bingeing with the last season, they are impatient to know if their beloved show is making a comeback, yet again. Well, here’s all we know about ‘Letterkenny’ season 9.

Letterkenny Season 9 Release Date: When will it premiere?

‘Letterkenny’ season 8 premiered on Hulu on December 27, 2019, in all its entirety of seven episodes. Now, when it comes to season 9, neither Hulu nor Crave has offered any official confirmation. But we have some other news for you! Jared Keeso has already hinted that a couple more seasons are underway.

In August 2018, Keeso stated that Letterkenny had just been green-lit for 40 more episodes. When Keeso appeared in this interview, season 5 had already released. Now, let’s do the math here. With seasons 6 and 7 having only six episodes each and season 8 having seven episodes, there are 21 episodes still to air. So naturally, there are at least three more seasons to come.

Even Keeso also indirectly confirmed the above theory. He said: “40 episodes means job security for the next three years. The fact I didn’t have that for my first 10 years in this business is not lost on me.”

‘Letterkenny’ season 8 released a lot earlier than expected, within three months after season 7’s finale. Hence, ninth season should also not take too much time. If everything goes as planned, ‘Letterkenny’ season 9 should release sometime in September 2020.

Letterkenny Cast: Who’s in it?

The lead cast of ‘Letterkenny’ consists of Jared Keeso as Wayne and Nathan Dales as Daryl. Joining them is Michelle Mylett as Katy and K. Trevor Wilson as Squirrelly Dan. Wayne and Katy are siblings, who run a farm with the help of Wayne’s friends Daryl and Dan.

Dylan Playfair stars as Reilly, Andrew Herr as Jonesy, and Tyler Johnston as Stewart. Reilly and Jonesy are local hockey players, involved in a polyamorous relationship with Katy.

When the show is renewed for season 9, we expect all the lead stars to reprise their original roles.

The primary premise of ‘Letterkenny’ is built around the residents of this small, eponymous town, who are divided into three groups — Hicks, Skids, and Hockey Players. The rest of the story follows how these groups constantly lock horns for the silliest of matters — leading to unending feuds, squabbles, and fights. Its primary focus is the never-ending hijinks of the main trio comprising Wayne, Dan, and Daryl with Wayne on his quest of remaining as the toughest guy in town, Daryl searching for love, and Dan attempting to define life’s true purpose. Katy is also there, trying her best to keep things in order.

Season 8 picks up with Wayne mending a broken heart, after locking himself up in a shed and binge-ing on his favorite series. On the other hand, Reilly and Jonesy come to accept their newly achieved hockey stardom and Stewart prepares for a fight. Overall, ‘Letterkenny’ manages to stick to its brilliant premise, staying true to its aim of continuing as a cult comedy. Season 8 does delve deeper into the greater meanings of life, but still, it brings in the same amount of laughter like its previous seasons.

Season 9, when it releases, will also chronicle the evolution of its various primary characters and follow the town as a whole as they come together to tackle life’s various challenges.

While we wait for an update on season 9, you can watch the season 8 trailer below:

Read More: Where is Letterkenny Filmed?