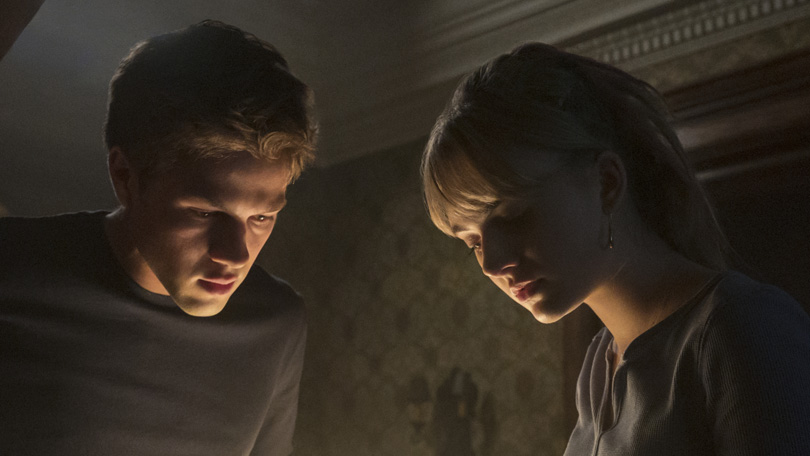 What would you do if you had magical powers? The Locke kids are exploring this territory with the keys that not only unlock doors to all kinds of places, but also to their family secrets.

In its fourth episode, titled ‘The Keepers of the Keys’, we watch them rely on the Head Key to find solutions to the problems that otherwise seem impossible to solve. It is all fun and games right now, but if there is one thing that we have learnt from watching all these supernatural shows, it is that every magic comes with a price. We just have to wait and find out what will the Locke kids have to pay.

After using the Head Key to literally bury her fear, Kinsey’s life takes a different turn. She becomes more confident about her art, she finds it easier to speak her mind, and all her inhibitions are gone when it comes to sharing secrets. While Tyler has his reservations about this approach, he decides to try out something for himself. Meanwhile, Bode tries to make his house safe from Dodge, but finds it extremely challenging, especially because she is a supernatural entity and knows his house much better than he does. Ellie tells Nina more about her high-school friends and the secret basement in Key House.

After the discovery of five keys, the show takes a break from any more findings. In the fourth episode, it focuses on how the kids choose to use these keys. In the last episode, Kinsey had used it to conquer her fears, and in this one, Tyler uses it to impress his crush. Even though both these things seem harmless in the beginning, there is obviously no shortcuts to what both of them want. One way or another, it is going to backfire on them. It just depends on how well-prepared they would be for the impact. Even though we might have done something similar had we had access to those magical keys, we know that Tyler and Kinsey goofing around with them is just going to call for more trouble.

Unlike his brother and sister, Bode is becoming more responsible. In the previous episode, Tyler had found it dangerous for a child like him to be in command of the keys that they don’t fully understand. But, by far, he is the only one who has not used any of the keys for his own good. There is the one time he got ice-cream for himself, but we can let that go. What this means is that Bode is preparing for the attack that is inevitable. He knows that Dodge, i.e., Echo, is after those keys and she will visit him again. He also knows that she is very dangerous and he just might get killed protecting those keys. But he is ready to protect his family, even if they don’t exactly believe him.

The side characters also have increased presence, and we are beginning to question everyone’s motive now. Ellie is definitely looking for something, most probably, the keys, and because Rendell, his brother, and his friends had used them too, we also know that the deaths of the rest of the gang are not a mere accident. Something came for all of them, and it has to do with Dodge. What exactly Ellie’s role is in this remains to be seen.

‘The Keepers of the Keys’ allows the characters to do some risky things while also bringing them close enough to their worst enemy. It doesn’t exactly provide any answers, but it doesn’t add another question in the pile without divulging more information about the things that are already there. The show is still finding its bearings, but the fact that it is leaning more and more towards the horror side of the story makes us look forward to the rest of the season.