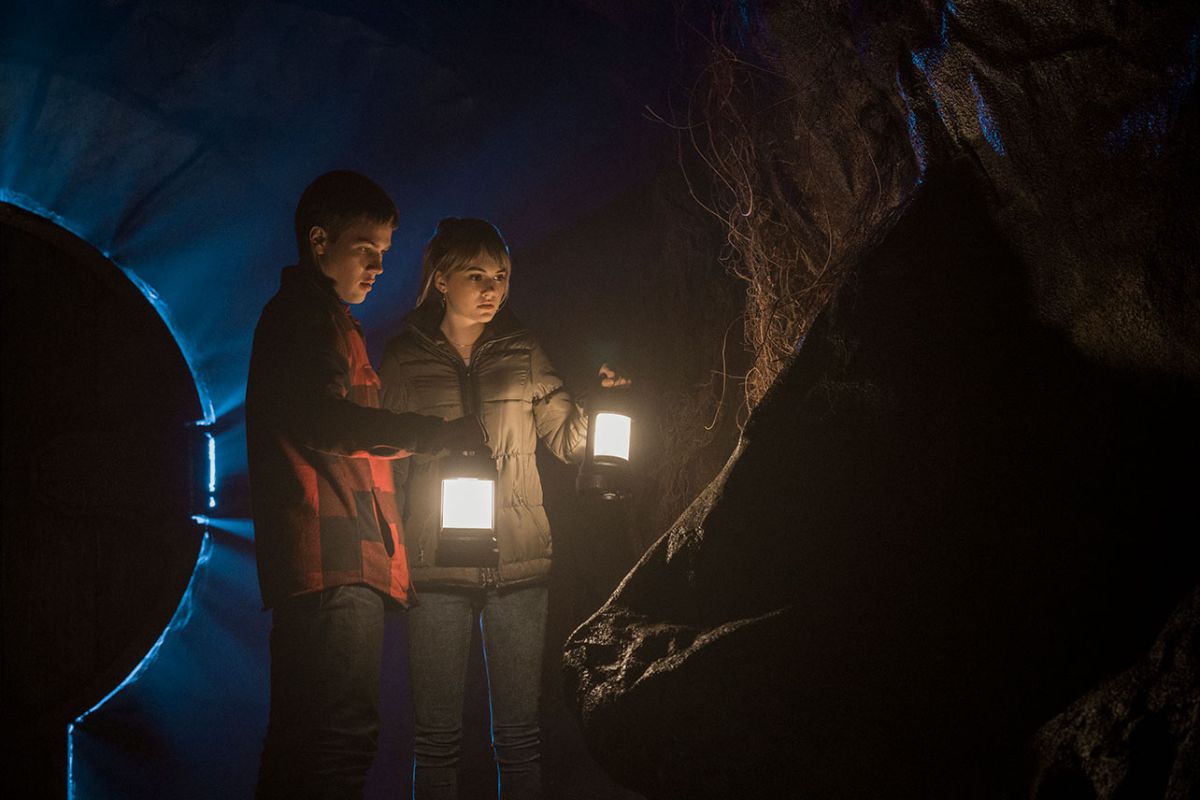 Nina had struggled with alcoholism in the past. She got over it with the help of her husband and remained sober for six good years. But when you and your children come close to death within months of having narrowly escaped it, it is bound to take a toll. Add to that the confusion and disarray that has already been plaguing you, and you can either be sane or sober. At least that’s what Nina believes. She chooses to be sane, and it opens up new and some old doors for her. Will she finally remember the magic?

After surviving the disastrous night of Sam’s arrival, the Locke family tries to go back to their routine. Nina finally breaks under the inability of understanding the weird things around her and the struggle to keep her kids safe and goes back to drinking away the days. The sudden change in her behaviour alerts Tyler and Kinsey, who already have a lot on their mind with Dodge now in possession of most of their keys.

An accident leads Nina to figure out the function of the key that Bode had last discovered. The cabinet from the basement, paired with the key, has the power to fix things. But what happens next cannot be fixed by magic.

Nina also has a flashback to the time when she was caught in the mirror which makes her more confused. Tyler and Kinsey are torn between letting their mother drink to find out about magic and helping her stay sober for her own sake. Bode becomes frustrated with them because they are keeping secrets, and this makes him even more restless about Dodge’s next step. Meanwhile, she pays a visit to Erin, Rendell’s high-school girlfriend who is in the psychiatric ward. When Kinsey visits her too, a terrifying secret is revealed.

We don’t know much about Dodge, but by now, we do know that she is a master manipulator. She knows exactly whom to trap and how to get them to do her bidding in the long run. When Nina, Bode and Kinsey were being terrorised by Sam, she took the time to get in the good books of Tyler. Had it gone according to plan, she would have had a Locke in her grips, which was initially supposed to be Bode, and even if Sam failed in his endeavour, she would have a back-up plan. In this episode, we discover that she has been concocting other schemes while the Locke kids were busy playing with the keys.

Ellie had introduced herself as one of Rendell’s friend. She seemed compassionate towards the family, but it didn’t take us much time to figure out that she had an agenda of her own. When she found out about the Well Lady, she went to the Well House looking for Lucas. This made us wonder why she would be looking for a person who had died all those years ago? Was Lucas alive all this time? Ellie thought that, but there’s a trick. Dodge had been manipulating her while appearing to her as her first love. That’s not even the worst part. Dodge has been living with Ellie as Lucas and has been dangerously close to Key House all this time.

‘Ray of F***ing Sunshine’ is primarily focused on the meltdown of Nina. She has been trying to find a reason behind all the madness and how it connects with her husband. But because she doesn’t know what her kids do, she is missing the context of everything which is why nothing makes sense to her. And now, suddenly, she has come to know about the magical keys following the attack from the guy who had previously tried to kill them. Her state is deteriorating by the day and Dodge, who knows exactly where the Omega Key is, might make use of it.