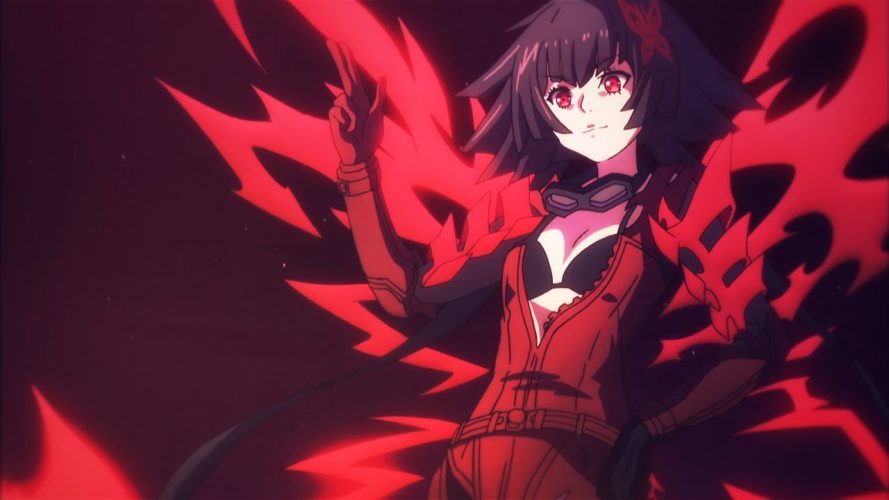 Lord of Vermilion: The Crimson King (also known as Rōdo obu Vāmirion Guren no Ō in Japanese) is a fantasy anime television series which is based on an arcade-based fantasy collectible card game franchise developed by Square Enix. The game is more than a decade old and was released on June 17, 2008 and it became quite popular back then. A decade after the release of the game, anime studios Asread and Tear Studio announced that they would be working jointly to adapt the game into an anime television series and Season 1 of Lord of Vermilion: The Crimson King premiered on July 14, 2018. While it was nowhere close to a critically acclaimed anime show in terms of quality, it still managed to impress fans of the game franchise and some viewers, and was successful in carving out a fanbase for itself. Understandably, fans are now waiting to hear news on a second season and here’s everything we know about the prospects of Season 2 thus far.

Lord of Vermilion: The Crimson King Season 2 Release Date: When will it premiere?

Lord of Vermilion: The Crimson King season 1 premiered on July 14, 2018 and ran for 12 episodes till September 29 of the same year. Although it succeeded in carving out a fanbase for itself, the show has not been renewed for a second season yet.

Since the show is not based on a manga series or similar source material, it becomes relatively difficult to predict what fate awaits it. If a new season is to be made, the production houses will have to work together to create a new story and this can sometimes be quite time consuming. Additionally, whether the production houses will put in the effort to make a new season will depend heavily on how well the anime performed in Season 1, both in terms of viewership and monetarily. Since we don’t have access to such data, it thus becomes difficult to predict whether Lord of Vermilion: The Crimson King will be renewed for a second season.

However, if we had to guess, we would expect the show to be renewed for Season 2 for the simple reason that it was made jointly by Asread and Tear Studio and it is unlikely that the two studios teamed up without having a medium to long-term future in mind for the show. That being said, the anime industry is an unpredictable one and we won’t know for certain what fate awaits the show until the companies involved in its production make an official announcement on the show’s future. We’re keeping our ears open for news on Lord of Vermilion: The Crimson King season 2 release date and we’ll update this section as soon as we hear something reliable.

For those who like watching anime shows in English, the good news is that Lord of Vermilion: The Crimson King has a great English dub which was made keeping the show’s international fanbase in mind. If you want to watch the show in English, you can find dubbed episodes on Funimation and Crunchyroll.

The events in the show take place in the near future and the show is set mostly in Tokyo.

On January 29, 2030, an event known as the Great Collapse rocks Tokyo, filling parts of the city with high-frequency resonance and red fog. This event affects humans and animals in equal measure, and those who are exposed to it pass out. Understandably, the powers that be take precautions against the event, thinking that the fog carries a virus of some kind. As a result, parts of the city are closed off to contain the suspected outbreak. However, things take a bizarre turn when everyone affected by the event wakes up six days later as if nothing had happened, and life slowly returns to normal in affected parts of the city.

Yet, in spite of appearing to be normal, not everything is as it seems. Soon, people affected by the incident start to display bizarre and terrifying powers and get drawn into mysteries which seemingly have no explanation.

In this backdrop, the show follows a college student named Chihiro Kamina who gets affected by the incident and wakes up five months later. Upon waking up, he finds his life thrown into utter chaos and has to battle a sinister force using the powers he received when he got affected.

Although Lord of Vermilion: The Crimson King has several characters, there are only a few who are important to the plot of the show. Below, we’ve provided you with brief backgrounds on each of the important characters in the show.

Chihiro Kamina: The main protagonist of the show, Chihiro is a second-year student at the Jokei University. During the Great Collapse, Chihiro is among the people who get affected and he wakes up from his comatose state five months after the incident. After waking up, Chihiro finds that he, like everyone else affected, can channel his blood into a weapon. When transformed, Chihiro’s blood solidifies into a spike extending from the end of his elbow, granting him immense powers. Chihiro is also shown to possess unparalleled raw power, which makes him the leading candidate to take the title of Lord of Vermilion.

Kotetsu Domyoji: An important supporting character in the show, Kotetsu is an old friend of Chihiro and considers Chihiro to be his own brother. Kotetsu was also affected during the Great Collapse and his blood armament is a two-handed katana.

Yuri Shiraki: Also an important supporting character in the show, Yuri is Chihiro’s childhood friend and is in love with him. In the present day however, Chihiro and Yuri find themselves in opposing factions. Like Chihiro, Yuri also gets affected during the Great Collapse and her blood armament grants her the ability to create shuriken projectiles using her blood.

Read more in anime preview: Magi: The Labyrinth of Magic