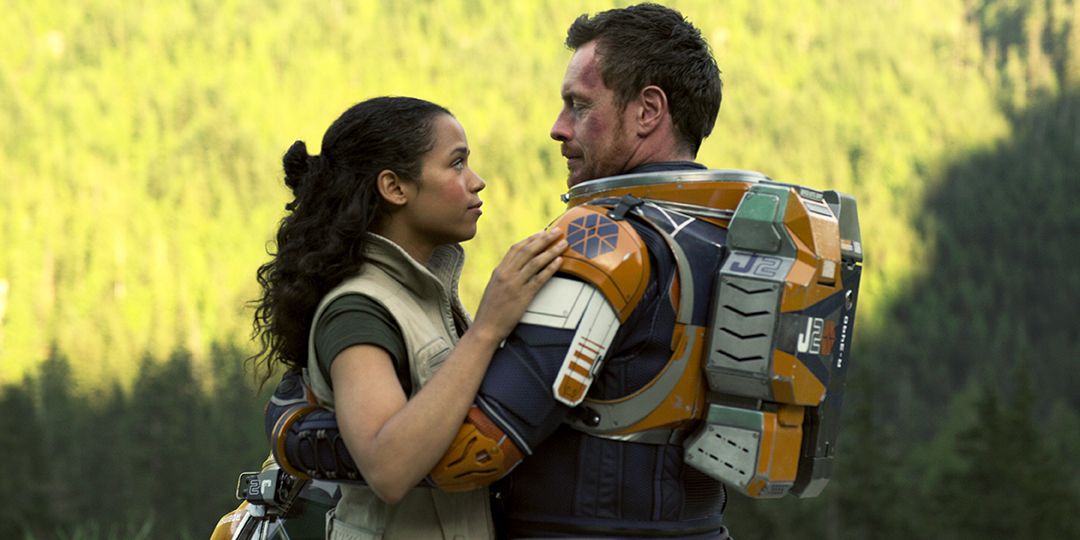 Reaching the mid-mark of its second season, ‘Lost in Space‘ takes a break from the adventures that define the spirit of Robinsons to the race against time that sketches out the depths of their characters. With each of them fighting their individual battles, unknown aspects of the planet are revealed while they have to tackle the problems that have been bugging them since the beginning. SPOILERS AHEAD.

Now that they are on the Resolute, the Robinsons have divided up their tasks. Judy and John are on the planet where they come across a mysterious thing that eats away metals. They try to stop it from reaching the Resolute through one of the Chariots. However, John himself falls prey to it while checking on the pipes used for drilling water. While he holds on for dear life in the well, Judy has to find a way across the desert without any Chariot at her disposal.

On the Resolute, Penny is reunited with Vijay. But before they can talk about the last time they saw each other, Penny comes to know about the stunt pulled by Smith to get out of arrest. To her horror, Smith is legit now, at least on paper. She even threatens Penny when she discovers that the girl will not rest until she exposes her truth. Meanwhile, Will has discovered the location of his Robot and is on his way to the planet with his mother and Ben Adler.

The fifth episode of ‘Lost in Space‘, titled ‘Run’, spends more time on the surface of the new planet. In the past episode, John had heard a screeching sound, which Victor had explained as the fauna of the place. With Judy crossing over the boundaries fixed by her superiors, we enter unknown and dangerous territories. In an exciting chase sequence, ‘Lost in Space’ suddenly takes a page out of the book of ‘Jurassic Park‘. To use the dinosaurs could be an indication towards the planet following a similar chain of events as the Earth. If so, then it should expect a catastrophic meteor in the near future.

The episode focuses on Judy and John’s relationship. Shining more light on the story of her biological father, it also gives us a glimpse into her childhood and how John has been an integral part of shaping it. In the first season itself, the relationship between the Robinsons and their children was laid down. While Will had more in common with his mother, Judy shared her strength of character with John. This also left Penny hanging in the balance, which has been further emphasized upon in this season. She has also been isolated from others, which serves the dual purpose of testing her limits and presenting her as a vulnerable spot. But her problems shift in the background in this one.

‘Run’ is all about Judy. She is the star-child of the family. She is talented and smart and works extremely well under pressure. She is the rock of the family, and has proven to be the string that ties them together a number of times. This episode takes its time to further test her character, by flashbacking into her childhood and throwing her in an impossible situation in the present. With the clock ticking against her, she has to rely only on herself to cover the distance between herself and her father, who is slipping closer to death with every passing moment. The flashbacks show us how she has been preparing for this her whole life, while also adding an emotional touch to her story. She is John’s favourite child, and we understand why.

In the previous episode, I had expressed my concerns about the possibility of ‘Lost in Space’ slacking down after a good start to the second season. This fifth episode quells these fears. It also shows the audience that while the series is driven by its mysteries, which are only increasing with each episode, the soul of the story is the Robinson family.