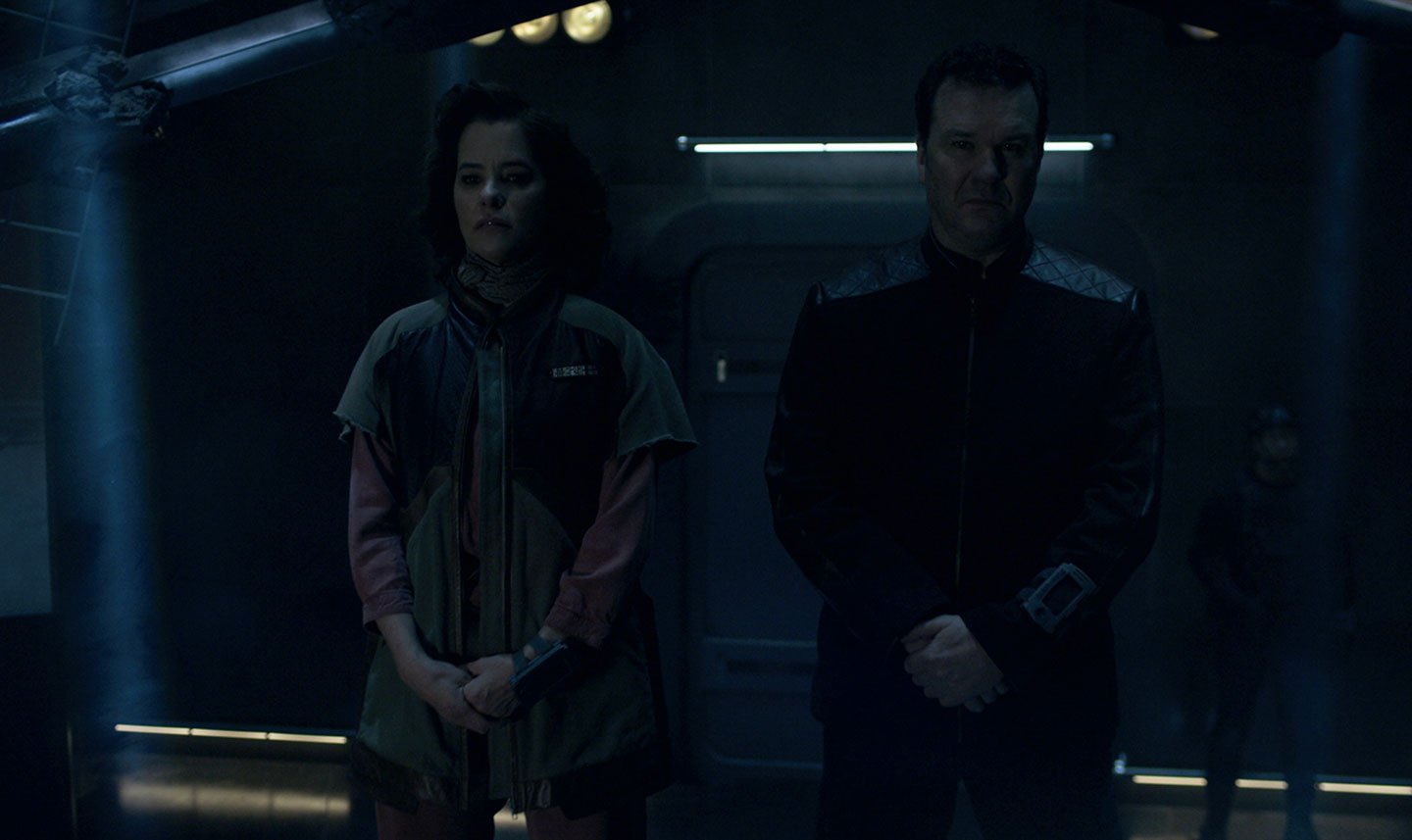 There is a difference between an antagonist and a villain. While antagonism stems from the opposing character, a villain is simply the bad guy who doesn’t have any reason to be bad except that they want to be. For so long, ‘Lost in Space‘ has only had antagonists, counting in even the scheming Smith. However, in the past couple of episodes, the show has allowed the rise of a proper villain for the Robinsons, and in this episode, our heroes have to face the brunt of his brutal nature. SPOILERS AHEAD.

Even after succeeding in purifying the water and paving the path for the rescue of the people still stranded on the Amber Planet, the Robinsons are painted as the bad guys for all the people on the ship. Maureen, who had been out on the maintenance pod, runs low on fuel and John comes out to get her. Hastings uses this opportunity to shut out both of them, and creates a narrative where they are painted as the mutineers who died while fixing their mistakes.

Inside the ship, Will realises that Robot wants to help his dying friend and that it’s time for him to take charge of saving the day for his friend. With the help of Penny, Judy and Samantha, he succeeds in smuggling out Scarecrow, but at a great cost.

In its penultimate episode, ‘Lost in Space‘ puts the Robinsons through their toughest tests. Previously, whatever problems they had faced were either accidents or something that was beyond their control. In the challenges that they had faced before, they had to act in defence. They didn’t really have an enemy, they just had unfamiliar territories. They had to go through the same things that anyone else in their position would have to face too. This time, however, the threat is singularly focused on them. They have an enemy.

Everyone thinks about their survival, but some are crueler than most when it comes to saving their own skins. Hastings turns out to be that character. Smith, too, had been interested in doing what was best for her, but there were times when she, even if inadvertently, did something for others. In the previous episode, she had collaborated with the Robinsons, even when she could simply have stepped back. She was already on the ship and didn’t need to think about how many people were getting stranded. But she got a chance and she showed that she does care, if the circumstances are right. Hasting, on the other hand, is absolutely ruthless, because his intentions aren’t just limited to self-preservation. They are also about political gain and how his name goes down in history, which is what makes him the biggest threat the Robinsons have faced, yet.

The episode also takes the opportunity to allow the characters to grow, especially regarding the one-way nature of friendships. Both Will and Penny learn that lesson, and the Robot receives something in return, for the first time perhaps. This also flips the situation, as he is the one in need of help now, not the other way around. While the parents are stranded in the atmosphere of the planet, it is up to the children to save themselves as well as their friend.

Smith’s character, once again, takes a turn for the worse, and she joins the campaign against the Robinsons. It is pretty much the result of John scolding her for not getting the message to Maureen in time. This act of hers proves to us that other villains and threats might come and go, but Smith and her swaying intentions will always be a point of contention when it comes to the safety of Robinsons. She will always be their frenemy, and what part of that relationship she chooses to work upon is what will make all the difference.