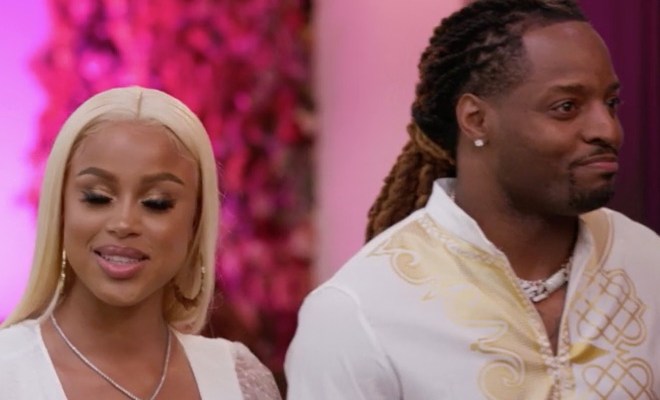 ‘Love and Hip Hop Atlanta’ season 9 aired its sixth episode this week. In the episode, we see Scrapp getting into a major clash with Shooter when he discovers that Cheyenne is in a relationship with the latter. On the other hand, the feud also affects Cheyenne after she learns that she is not the only woman in Shooter’s life. There’s again a face-off between Cheyenne and Kiyomi. Yes, the drama is never-ending in ‘You Trippin’ and we have covered everything about it in our brief recap. But before that, read on to know about the next episode, i.e ‘Love and Hip Hop: Atlanta’ Season 9 Episode 7.

Love and Hip Hop: Atlanta Season 9 Episode 7 Release Date: When Does it Premiere?

KK informs Scrapp that Shooter and Cheyenne have been in a relationship for the last two years. Scrapp is not pleased with the fact that the couple has been hiding their actions. KK also reveals that Shooter is dating another woman. Cheyenne asks KK the name but the latter says she does not know. It seems she has heard the news from someone else. Scrapp confronts Cheyenne and explains to her that she should have come clean about her personal life sooner.

Bambi and Mimi buy pregnancy test kits from a store. Bambi suspects that she might be pregnant. The girls then head to a rental store and pick up equipment for their skiing trip. Spice is not pleased with Shekinah’s presence and refuses to even talk to her. According to Spice, she cannot be friends with Shekinah as the latter never keeps her words. The women then take pregnancy tests. Sierra’s comes out positive and she is shattered. This is when Bambi reveals that she had played a prank and the result is actually hers. Bambi also confesses that she is not sure of her relationship with BK.

Meanwhile, Joc meets Shooter, Scrappy, and Stevie. They talk about Paris’ school issues and about the arrest of Kirk’s son. Scrapp arrives and says he wants to talk to Shooter. On the trip, Bambi and Sierra ask Shekinah about her feud with Karlie and Spice. Shekinah says she does not know. On the other hand, Shooter meets up with Kiomi and claims that his romance with Cheyenne is nothing serious.

Joc and Meda hang out at the former’s new restaurant. Cheyenne and Scrapp arrive, followed by Safaree and Erica Mena. But things get complicated when Kiyomi and Shooter walk in together. An angry Cheyenne lashes out at Kiyomi and has to be forcibly pulled away by security.