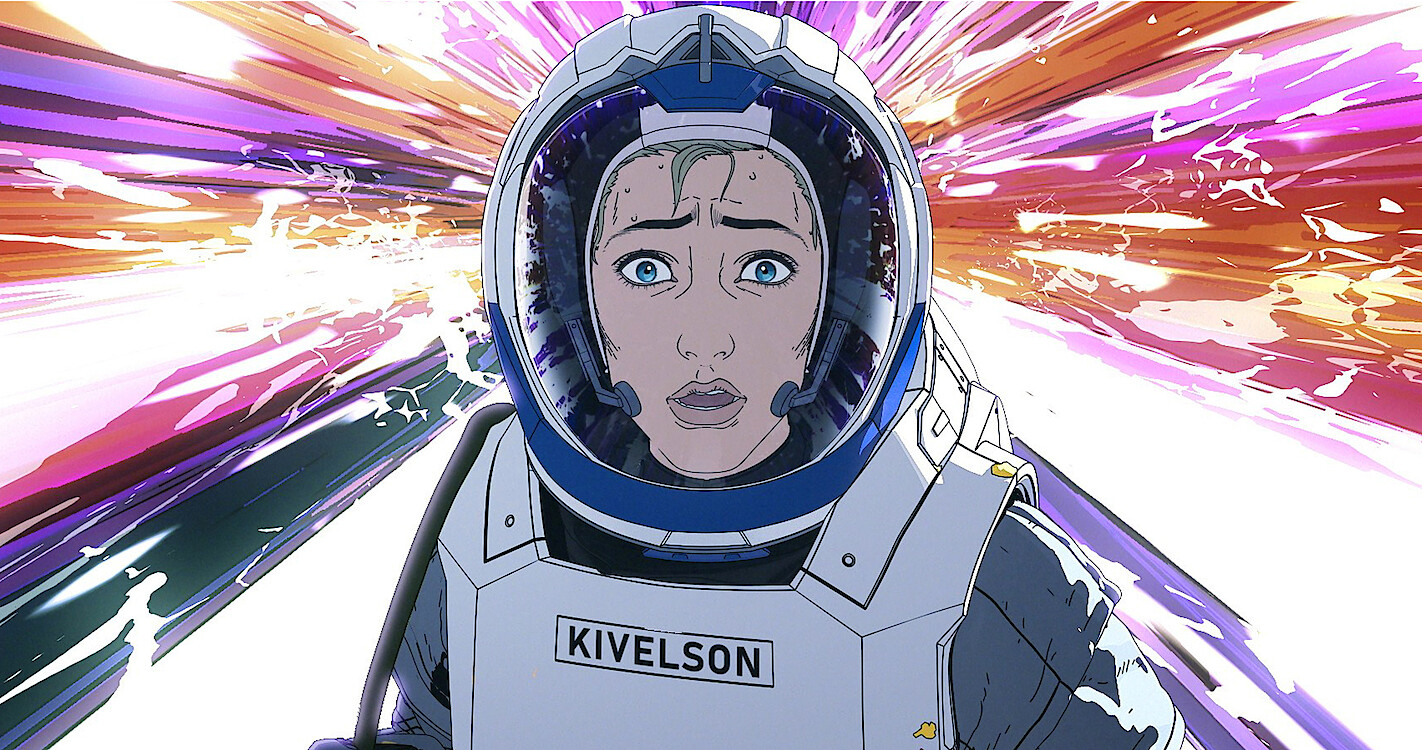 ‘Love, Death & Robots’ season 3 episode 3 is a surreal chapter of the animated anthology series. Titled ‘The Very Pulse of the Machine,’ the episode follows space explorer Martha Kivelson, who finds herself stranded on a Jovian moon after crashing her vehicle. Fighting to survive, Martha soon realizes that she is in the presence of a much greater, otherworldly being. But does it help her survive? Let’s try and untangle the particularly surreal ‘Love, Death & Robots’ season 3 episode 3. SPOILERS AHEAD.

The episode opens with Martha and her partner, Burton, on a mission on a seemingly uninhabited planet. A violent, almost supernatural earthquake suddenly capsizes their vehicle, and when Martha comes to, she realizes that Burton is dead. Covering the ghastly hole in Burton’s head with some of the planet’s mud, Martha secures the corpse and tries to contact her communications satellite, which is in orbit. Realizing it will be out of range for another twelve hours and quickly running out of life support systems, Martha then begins walking, dragging Burton’s body behind her.

As she gets weaker, the lone space explorer injects herself with medications. Her onboard computer warns of possible side effects that include hallucinations. Unhindered, Martha continues walking and self-medicating. Soon, she begins to hear Burton talking but thinks it is part of a hallucination. However, the voice gets clearer and soon begins to recite poetry. Slowly, Martha realizes the voice she can hear belongs to a conscious being. And so, a conversation between the human and the mysterious being called Io begins.

Through poetic sentences, Io explains that it is a machine. Soon, Martha sees giant humanoid figures beginning to emerge from the surface of the planet. As she walks amongst them, she realizes that Io has used Burton’s nearly intact brain to learn human language and subsequently communicate with Martha. Eventually, the space explorer passes out from exhaustion.

When Martha regains consciousness, she hesitantly calls out to Io. The formless being replies and urges Martha to throw herself off a cliff. Below, Martha notices an intricate network of blue beams that signify Io’s “machinery.” The human space explorer takes one last breath and flings herself off the cliff, causing a tremendous explosion. The final moments of the episode depict her orbiting satellite coming back into range. Surprisingly, we hear Martha’s voice on the radio, asking the satellite to “come in.”

Thus, in the simplest sense, it appears that Martha Kivelson is still alive. However, there are some strange metaphysical phenomena on the planet that could result in Martha being only partly alive. Just before she jumps into “Io’s machinery,” the formless voice informs Martha that her physical form will be destroyed, but her mind might be preserved. Since we see Martha’s body begin to fragment as she flies into Io’s depths, it appears that, at least physically, the space explorer is dead.

However, since we hear Martha’s voice communicating with her satellite at the end of the episode, we know that at least a part of her is alive. It appears that Martha’s consciousness and mental abilities have been absorbed by Io and are actually emanating from the planet instead of from Martha herself. We get a clue about such an outcome by how Io absorbs the late Burton’s mind and uses it to communicate with Martha.

However, the big question is who is in control of Martha’s mind. Since Io essentially absorbs her, it appears that it is the planet that is in control. Martha even considers the possibility of being completely absorbed by Io (as seems to be the case) and how it would allow her to live forever. Thus, in the end, Martha’s physical body is destroyed, but her consciousness lives on in Io.

Who or What is Io?

Io is a moon of Jupiter that turns out to be a machine. Through pointed hints and some spectacular demonstrations, Io relates that it is a complex machine that absorbs beings and knowledge. No clues are given about just how old Io is, but it seems to be an ancient machine that has lived in Jupiter’s shadow for an unfathomable amount of time. The many giant figures that appear on the planet’s surface could signify that, over time, it has absorbed many beings and explorers. It almost seems as if Io purposely stranded Martha and Burton by causing the earthquake.

When Martha enquires as to what Io’s function is, the colossal planetary machine simply replies, “to know you.” Thus, Io turns out to essentially be an information collecting machine. However, judging by the machine’s character, it also seems to be self-aware. Possibly by absorbing the consciousness of multiple beings, Io is slowly turning into a conscious entity.