Investigation Discovery’s ‘The Case That Haunts Me: Mystery In The Mountains’ details the horrific murder of Lucie Turmel in 1990. On May 17, 1990, cab driver Lucie Turmel was stabbed to death in a street in the town of Banff in Alberta. The stabbing was a frenzied attack and shocked the local townspeople beyond words. Even though the police had some initial leads, the case sat unsolved for two years until a tip pointed authorities towards the right direction. If you want to know more about this gruesome murder and where the perpetrator is today, we have you covered.

How Did Lucie Turmel Die?

Lucie Turmel was a 23-year-old resident of Banff in the state of Alberta in Canada. Employed in the tourist town as a taxi driver, Lucie worked hard for her living. She was also respected and cared for by her co-workers. Lucie met another driver, Larry Laundreau, in the early hours of May 17, 1990, before taking on her last fare for her shift. However, minutes into the fare, her dispatcher, Bruce, could not reach Lucie on the radio. 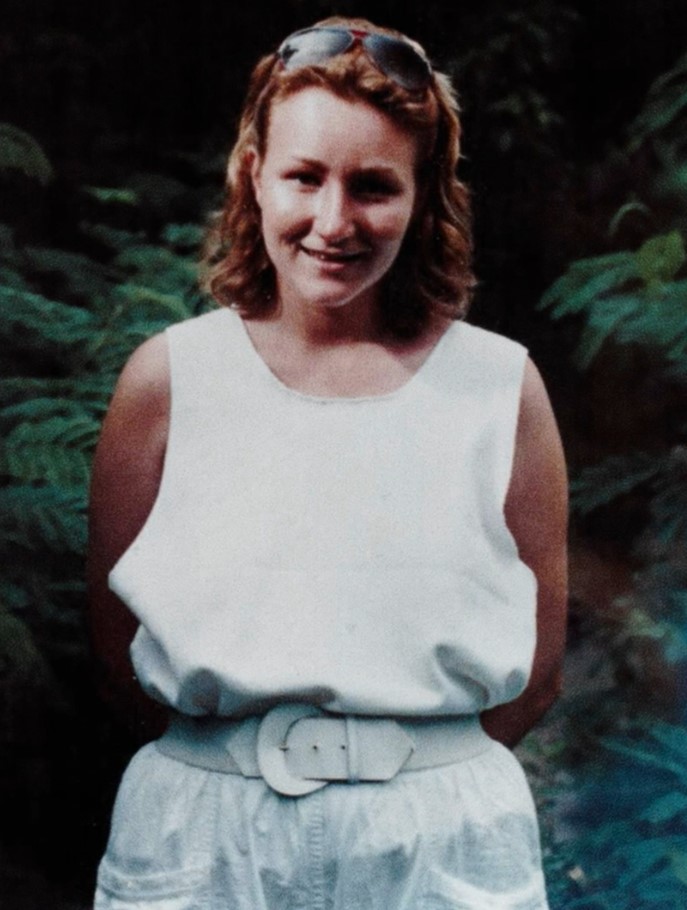 Anxious, he informed Larry, who began searching for Lucie’s car. Her cab was spotted nearby, and Larry gave it a chase before he noticed an unidentified man getting out of the vehicle and fleeing the scene. Meanwhile, a few miles away from the stolen taxi, Lucie’s brutally stabbed body was found to be lying in the middle of a street. The victim had been stabbed 17 times in her neck and face. Once the police arrived, Lucie was declared dead on the spot.

They further noticed that her attacker had stolen her jacket as well as her purse. Even her earnings for the day were found to be missing. Moreover, with her stolen cab recovered and examined, authorities found significant traces of blood all over the vehicle. However, when the blood was tested, forensic examiners determined that it did not match the victim. Additionally, according to the show, the police recovered a hunting knife that was used as the murder weapon from a nearby driveway a few hours after discovering Lucie’s body.

When the police started investigating the murder, they had quite a few leads, including the murder weapon and the foreign DNA from the blood in Lucie’s car. However, the DNA did not match anyone in the police database. With Banff being a tourist town, the police launched a massive investigation and interviewed numerous people but to no avail. They even sought information on the unidentified male spotted exiting Lucie’s vehicle and tried to find the people from the last fare Lucie took on but were unsuccessful in doing so. For two years, the case sat unsolved as authorities did their very best to get to the bottom of things.

Finally, two years after the murder, the police got a massive breakthrough when a man came forward and claimed that the murder weapon belonged to his roommate, Ryan Jason Love. Love worked as a housekeeper at a hotel and was immediately made a suspect in the murder. Authorities required his DNA to test it against the one found in Lucie’s car. Hence, police officers went undercover and befriended Love before managing to get a sample off him. Once Love’s DNA matched the blood from the victim’s vehicle, the police arrested him and charged him with Lucie Turmel’s murder. Additionally, Love’s fingerprints also matched with the ones found on the murder weapon.

Where Is Ryan Jason Love Now?

Once arrested and put on trial, Ryan Jason Love pleaded not guilty. However, the jury did not agree, and his trial saw Love convicted of first-degree murder. Based on his conviction, he was sentenced to life in prison without parole for 20 years. In 2011, Ryan was granted day parole under the condition that he would refrain from recreative drug and alcohol use. However, just a few months into his day-parole, Love was noticed accompanying a friend out of a strip club. He was subsequently warned, and officers noted that he did not reacquaint himself with the friend in concern.

In 2012, Ryan Jason Love was granted full parole, although the parole board considered his previous drug and alcohol abuse to be the reason behind his crime. Thus, his full parole came under strict conditions of staying away from any drugs or alcohol. Moreover, Love is restricted from making any contact with his victim’s family and also has to undergo psychological counseling. Although Love mentioned that he was planning to get his own apartment after making parole, at present, he prefers to live a private life. Love probably chooses to stay off the grid actively, and as a result, his current whereabouts are unknown. However, with no reports of him violating parole, we can assume that Ryan Jason Love is still out of jail and is adhering to his parole rules.