Review: ‘Lust Stories’ is a Breath of Fresh Air 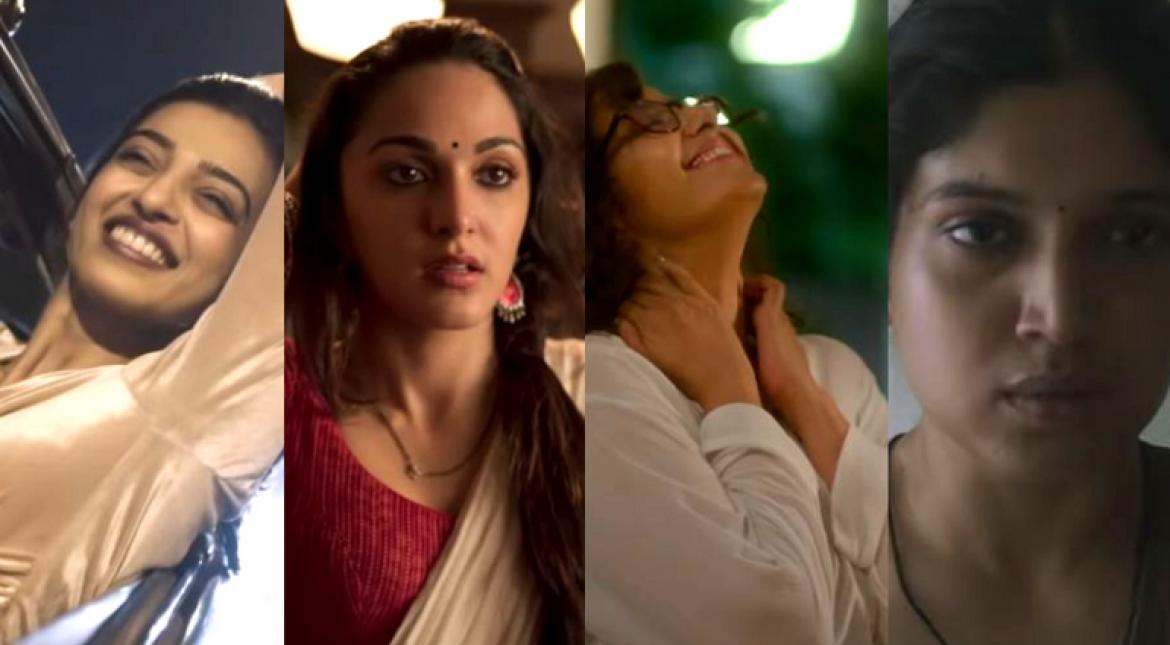 The memories of ‘Bombay Talkies’ (2013) is still fresh in our minds. It was an anthology of four short films that came into being as an idea to commemorate 100 years of Indian cinema at the Cannes Film Festival. The critics and the discerning audiences lauded it as a step forward in the right direction, in the otherwise formulaic realm of Indian cinema – Bollywood in particular. As ironic as it may sound but the same formula is being recreated by Netflix in a bid to cash in on the novelty of the four filmmakers – Karan Johar, Zoya Akhtar, Dibakar Banerjee, and Anurag Kashyap – to give the urban as well as the ever evolving middle Indian audiences a taste of burgeoning sexuality wrapped in quotidian tales of domesticity, desire and dreams. Without wasting any precious time, let’s get into assessing the films with the directors and actors as the main focus of attention.

Anurag Kashyap: That Girl with an Insecure Mind

When Radhika Apte headlines a film, be rest assured for moments of intense psychological musings and discussions. She does all that and more in Anurag Kashyap’s 30 minute tribute to modern Indian female neurosis. She is married but her husband ‘allows’ her to go on a self discovering trip of her own. So when an attractive, successful and high on libido college professor gets tangled in an affair with a student, all emotions break loose.

Anurag Kashyap presents his leading lady as an obsessive maniac who wants more than fling with a 21-year-old but conveniently uses her ‘I am married’ status to block off further complications. She stalks, tries to hack social media accounts and confronts her ‘lover’ in the most embarrassing of situations. Issues like consent, age, monogamy takes centre stage even as Radhika’s character finds it hard to emerge out of inherent human follies and weaknesses. However the film never takes itself seriously more than it should and that is its biggest strength. ‘Sairat’ boy Akash Thosar makes his Hindi debut with this one.

A house-maid, a bachelor and an arranged marriage. Go figure! Zoya succinctly uses the emoting skills of Bhumi Pednekar to tell a story of yearning for a chance at life. Desire takes a back seat as Bhumi/Sudha goes through her daily chores with a grim realization in her mind that her only chance at happiness and love is dwindling with each passing moment. She is neither in a position to demand nor request for a stake in the share of happiness, that every girl deserves. We feel for her but are equally helpless and become silent spectators to her heart-breaking circumstances. There is a subtle tone of empowerment even in the acceptance of one’s own fate and moving on; a quality which was quite evident in Zoya Akhtar’s first film ‘Luck By Chance’.

The most mature of the four films, Dibakar Banerjee’s take on modern relationships – pretense over reality – is pure conscience and high on superlative performances. Manisha Koirala is beyond perfection in the role of a wife and a woman in crossroads who follows her guts despite wailing children and a sentimental-quarrelling husband to take care of. The beauty lies in the disposition of the characters that don’t blame each other for their mistakes but at the same time are cautious enough to maintain their image in the long run. Frankly, it is a bit boring despite the short running time but it is cerebrally satisfying. Jaideep Ahlawat and Sanjay Kapoor adds dimension to the narrative.

Neha Dhupia is the surprise here in a brazen role which reminds us of an updated and ‘sexier in a sari’ version of Miss Braganza from ‘Kuch Kuch Hota Hai’. The rest of the cast including Vladimir Nabokov’s ‘Lolita’ is noteworthy. The film has that feel of an extended commercial on female orgasm, that goes viral on social media platforms. And it’s a compliment.

Sidenote: ‘Lust Stories’ focusses on telling stories of women — for a change. That should not discourage male audiences to watch the film. After all, all the four short films tell and share stories of humans. And there is a genuine feeling of compassion and a certain level of maturity in every story told in the film..