Review: ‘M.S.Dhoni: The Untold Story’ is Flawed But Thoroughly Entertaining 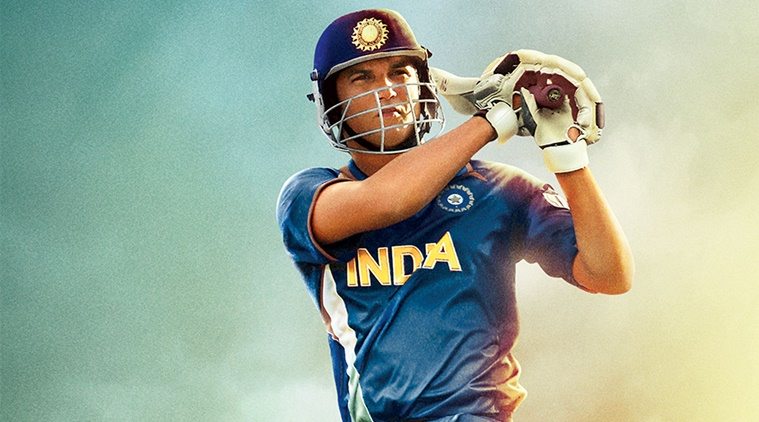 Before I begin reviewing the film, let me make an honest disclosure: M.S.Dhoni and I share the same hometown, Ranchi. We also have graduated from the same school: DAV JVM Shyamali. I know what you are thinking: Oh well, will he be able to objectively review the film?

The answer to that question is: I don’t know. But what I do know is that being from the same town and school, and growing up in a similar social milieu gives me a unique advantage: I can be a better judge of how close to reality the film is (not all but at least most of it).

There are films that you love because of their craft and execution. Then, there are films that you love because they strike an emotional chord with you. Certainly, ‘M.S.Dhoni: The Untold Story’ belongs to the latter category. I am guessing the writers of the film didn’t have a very difficult job at their hands. After all, Dhoni’s life-story itself is so eventful and inspirational that the writers probably must have been more worried about what to leave out than how to make it interesting. As you might have guessed, the biggest strength of the film is: Mahi’s story. The story of a man from a small town who crosses all the obstacles to become the captain of Indian cricket team and goes on to fulfill the wishes of 1.2 billion people by winning the World Cup. I don’t know if it’s even possible to make a bad film out of such a fascinating story.

The early scenes of the film are well-done and I appreciate the fact that the filmmakers went to Ranchi (and other towns) and even the actual school campus to shoot the film. Their effort pays off big time as it is easy to connect with the film, especially when you know the place and the surroundings as well as I do. There are also other small things that the film gets absolutely right: The dialect of hindi that characters speak, the production design of the interior of a lower middle class house, the enthusiasm and exultation of students watching Dhoni hit sixes in the school ground. There are several small moments like the first time Dhoni buys Sachin’s posters or when he gets a TC job and comes to his home or when his friend shows him his quarter in Kharagpur that may not be 100% right but still feel genuine.

What also works hugely in favor of the film is the presence of Sushant Singh Rajput. When playing a real life person, only very few actors would be willing to go the distance as far as Rajput has gone in the film. From Dhoni’s mannerism to his style of batting, Rajput has tried to perfect it all. If Dhoni is the soul of the film, Rajput gives that soul a body, mind and heart. I would be surprised if he doesn’t win every single Bollywood Best Actor award there is next year. Equally great, though less prominent, is Anupam Kher, who perfectly captures the frustration, the aspiration and the pride of a father.

Now let’s talk a little about the film’s flaws. Firstly, I felt that Neeraj Pandey was too keen on showcasing every achievement and milestone of Dhoni. As a result the film feels like a bookish take on Dhoni’s life that goes from point A to point B to point C. And even though end-result is entertaining, I would have ideally preferred the film to be a character study that showed us more of the human side of Dhoni.

Neeraj Pandey is a great writer and a good storyteller but I’m not sure if he is a good technician. The idea of superimposing Sushant’s face over Dhoni’s in the footage of real matches is actually brilliant, but at places the CGI is not without glitches. Even Pandey’s previous films like Special 26 and Baby have technical issues like bad CGI or rough editing. He has done much better job with ‘M.S.Dhoni’ but still he has some way to go before he perfects his technical skills.

But despite minor flaws, I found ‘M.S.Dhoni: The Untold Story’ to be a thoroughly enjoyable affair. Surprisingly, I didn’t find the length (3 hour 10 minutes) of the film to be an issue. I strongly believe that the story dictates the length — and not the other way round. In any case, when you come out of the film, you would be forgiven to think that you just watched a fairy tale. In several ways, Dhoni’s story is like a fairy tale. The only difference is that his story has sweat and tears in it — and is therefore, grounded in reality.