Made in Abyss Season 3: Renewed or Cancelled? 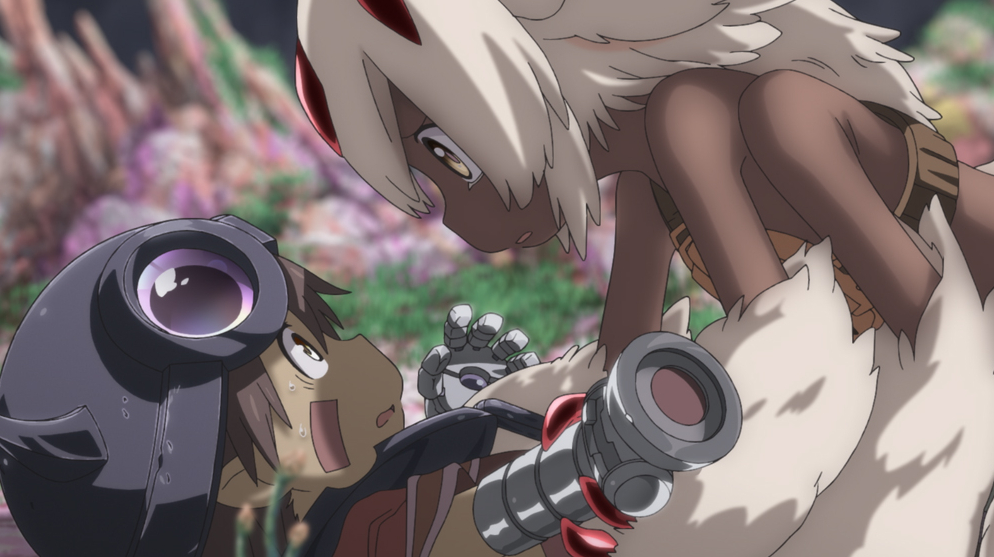 Based on the namesake manga series written and illustrated by Akihito Tsukushi, ‘Made in Abyss’ is an adventure fantasy anime that follows Riko, a young girl who plans to explore the great and mysterious gaping chasm that goes into the depths of the Earth. People who try to reveal the mysteries of the Abyss are called Divers, while the most courageous amongst them are known as the White Whistles. Although she is just a novice, Riko decides to descend into the depths of the Abyss when she meets a mysterious robot, whose technology appears to be engineered in the farthest reaches of the mystifying chasm.

First released on July 7, 2017, the show earned critics’ approval for its brilliant storytelling and exceptional worldbuilding. The anime also garnered a massive global fanbase which lead to the production of three movies and a second installment. After the conclusion of the latter, social media platforms were abuzz with speculations about the anime’s expected return. In case, you are also curious about the same, then we have got you covered.

Made in Abyss Season 3 Release Date

‘Made in Abyss’ season 2 released on July 6, 2022, and concluded just under three months later on September 28, 2022. The second installment of the show comprises twelve episodes each with a runtime of about 24 minutes.

If you are a fan of the show and eagerly waiting for its return, then you may have a long wait ahead of you. As of now, Studio Kinema Citrus or any other companies involved in the production or distribution of the show have not officially commented on its future so far. Like its first installment, the latest season of the adventure fantasy series is rated as one of the top anime of all time on Myanimelist. Its reviews on other platforms are also overwhelmingly positive. Furthermore, the show continues to be very popular among anime fans as its global fanbase increases each year.

When one looks at these factors it may seem that the renewal of the show is a no-brainer. While that stands to be true, the problem that creators face is a lack of source material to adapt. The first two seasons already cover 10 out of 11 volumes of Akihito Tsukushi’s manga series. The highly irregular release of new volumes just adds to the overall uncertainty of the show’s return. Ideally, the creators will need at least four more volumes.

But in the past, only one volume has been added in a year, which means that the anime renewal committee will have to wait until 2026 to greenlit the show. Even if that happens production and other factors will add to the overall wait. Provided things do not get delayed more, fans can expect ‘Made in Abyss’ season 3 to premiere sometime in 2027.

Made in Abyss Season 3 Plot: What It Can Be About?

In the season 2 finale, Faputa fights against the beasts who have infiltrated the Narehate Village Ilblu. She not only manages to push them back but eventually achieves her goal of dismantling the village to free her mother. Wazukiyan dies before that happens and although Vueko survives the event she passes away soon afterward after telling Faputa a few stories about her mother. Seeing her mourn the deaths of Vueko and Gaburoon, Reg offers her a chance to join him and his friends on their future adventures which she reluctantly accepts.

In season 3, after the destruction of the Narehate Village Ilblu, Riko and her friends will decide to explore the depths of the 6th layer, unbeknownst to the challenges awaiting them there. Meanwhile, Faputa will be closely following them. When they will come across a field of Eternal Fortunes, they will conclude that the White Whistles, like Riko’s mother, may very well be close to them. However, when Faputa will take Lyza’s White Whistle and analyze it, she will be shocked by what it’s trying to tell her. From that moment onwards, Riko and her friends’ life will change in unthinkable ways.