Why is Maggie Naird in Prison in Space Force? 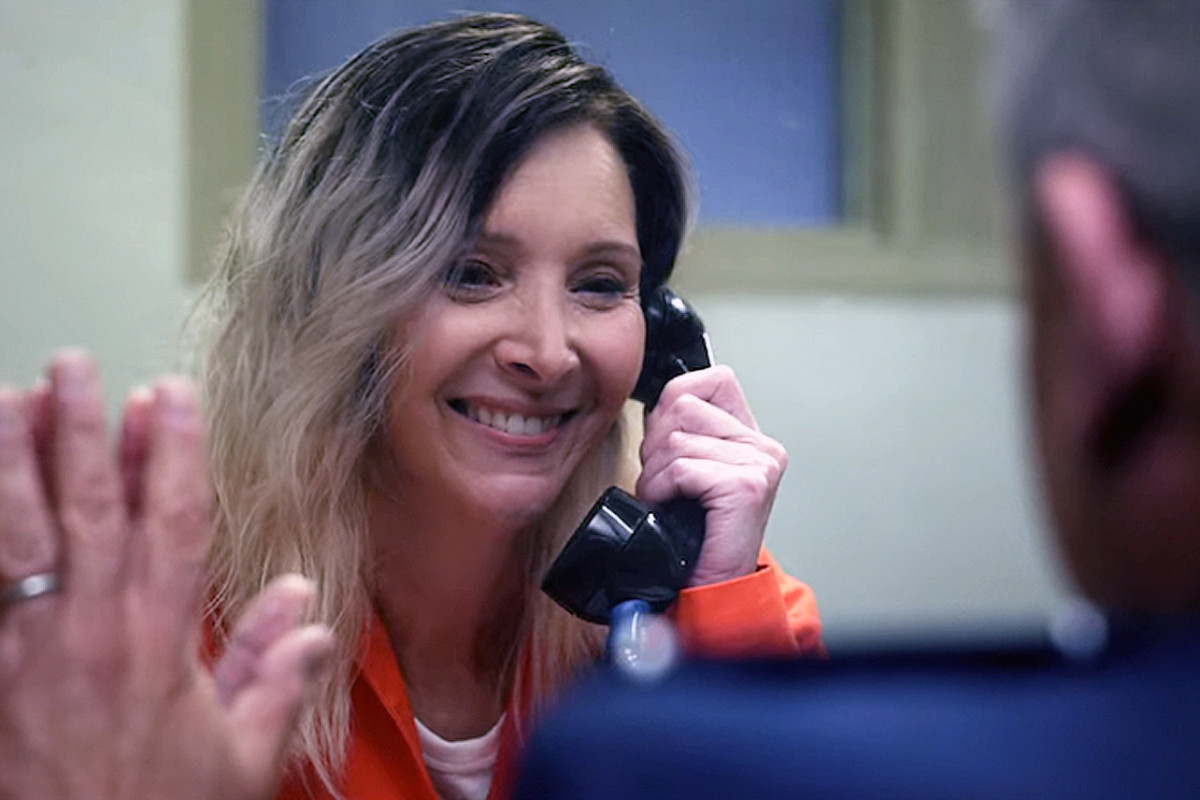 There are a lot of twists and turns in ‘Space Force‘, and along the way, the show also indulges in explaining why those things happened and what impact they will have on the characters. In fact, at the beginning, if you thought having a Space Force was a ridiculous idea, the show gives you a reason to create a shift in your thought-process and might even turn you into a skeptic, by the end of it. However, there is one mystery that goes unresolved in the first season.

In the first episode, General Mark Naird is made a four-star general. It’s a great day for him and his family, as he will finally get the reins of the Air Force. Or, so he thinks. It turns out that he is to head Space Force, and that comes as a shock to him. But, the first surprise that the viewers receive is the imprisonment of Naird’s wife, Maggie, played by Lisa Kudrow. What did she do?

Why is Maggie in prison?

Interestingly, the show never tells you that. Creator Greg Daniels explained that it is intentional. “At the moment, we’re kind of enjoying the mystery around it and the question marks that it raises. It causes you to lean in because we’re dropping little hints about what it is and how serious it was. So we’re enjoying not being specific at the moment. You didn’t miss anything. It’s not in there,” he said.

This means that either they will get into the details in the next season, OR it will remain a running joke of the series. We might never find out why Maggie is in prison within the year of her family’s move to Colorado. But that’s what makes it all the more mysterious, and there begins the fun. The show drops hints, here and there, to give us an idea of what might have happened.

The first thing that becomes clear is that whatever Maggie did is not repulsive enough, which is why her husband and daughter don’t hate her. Despite her being in prison, we don’t see any change in their relationships. Moreover, her conviction has no effect whatsoever on her husband’s job. This means that whatever happened was unintentional, or at least, wasn’t premeditated. It must have been something that happened in the heat of the moment where Maggie lost her cool and did something horrendous, but not bad enough to rob her of her family’s love and sympathy.

She also mentions that her sentence is for at least 40 years. Legally, to get such a long time in prison, one must have committed a Class A felony. Could Maggie have murdered someone? She certainly seems to have an aptitude for that. The first time we see her behind the bars, she doesn’t look in a bad shape. With every visit, we find her adapting to the situation pretty quickly.

She joins a “book club”, befriends the guard, poisons another prisoner, and thinks about the ways in which she can use a clarinet to kill someone. There is a dark side to Maggie which came out due to the move to Colorado. No one was happy about it, but while her husband took it in his stride and decided to do something good with it, she broke down.

Despite the murderous tendencies, murder is not the only thing that could have landed her in jail for such a long time. It could also be a white-collar crime, or she might have done something illegal to hinder their move to Colorado. Naird does say that she did something “very serious”. Though what exactly that is remains shrouded in mystery.