‘The Man in the High Castle’, Explained

‘The Man in the High Castle’ gave us a look into the future after World War II, if Germany and Japan had been the victors. The show is based on a novel of the same name by Philip K Dick. It is not a complete adaptation of the book and only adapts the basic frame and plot of the book. It is set in America in the year 1962, with Hitler still alive and is the head of the Reich. America is partitioned into two parts, the Greater Nazi Reich and the Japanese Pacific States. It started out as an alternate history show, which turned into a sci-fi by the end of the first season. The third season of the show is still in production and is expected to arrive by the end of this year.

It is the most successful show produced by Amazon, since it started making original shows for its streaming service. The backgrounds and the sets of a dystopian 1962 are just amazing. The performance by cast members is great and every role has been cast perfectly and if you have read the book, you might have found the appearance of characters just as you might have imagined reading it. The show has been created by Frank Spotnitz and is available on Amazon Prime Video. So, if you haven’t watched it yet, go see it and then come back here, for now I am going to get into the explanation which will contain SPOILERS.

Juliana Crane, a San Francisco woman becomes entangled with the resistance after her half-sister, Trudy is murdered while trying to transport a film reel to Canon City, Colorado in the Neutral Zone and had given the film to Juliana just before being murdered. The film reel contained a newsreel-style footage, entitled The Grasshopper Lies Heavy, depicting an alternate history in which the Allied Forces won World War II. It was part of a series of similar newsreels being collected by someone referred to as ‘The Man in the High Castle’. Juliana decides to travel to the Neutral Zone to complete the mission of her sister, leaving behind his boyfriend Frank Fink, who is a Jew and lives in the paranoia of being caught.

In Canon City, she encounters Joe Blake, a double agent working for the Nazis under Obergruppenfuhrer John Smith, a senior officer in the SS who previously served in the US Army. Joe is pretending to be a member of the resistance in order to find the resistance contact in Canon City, which happens to be Juliana. 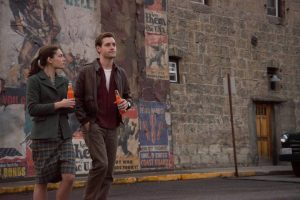 Nobusuke Tagomi, a high-ranking Japanese official, the Trade Minister in San Francisco meets secretly with Nazi official Rudolph Wegner to discuss their concerns about the power vacuum that will be caused by either death or forced stepping down of Adolf Hitler. Wegner fears that Hitler’s successr will use the Reich’s nuclear bombs against Japan to gain control of the rest of America. The Japanese are lagging far behind the German technology.

When the Japanese and the Nazis become suspicious of Juliana’s activities, Frank is arrested and questioned by the authorities about the whereabouts of Juliana. They kill his sister and her two children, using their Jewish heritage as an excuse for their execution, after Frank is unable to provide them any information. Frank plans to kill the Japanese Crown Prince and Pricess but finally decides against it.

The season 1 ends with Tagomi standing confused in a different world where America is going through the Cuban Missile Crisis. 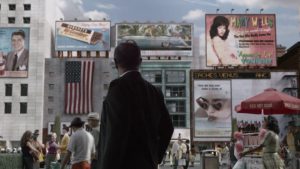 Frank becomes a committed member of the resistance in the Pacific States and eventually succeeds in bombing of the central command building of the Pacific States government in San Francisco, that kills many members of the Japanese military and other top-level leadership.

Juliana claims asylum in the Nazi Reich by using its San Francisco Embassy so that she can escape Japanese soldiers who hold her responsible for at least one murder. John Smith helps her in getting asylum and takes her to New York without informing Joe, who discovers that he is the sole biological son of a top-ranking Nazi official in Berlin, Martin Heusmann. Joe reconciles with him and becomes second-in-command of the Chancellorship after Hitler dies and Heusmann becomes the Acting Chancellor. 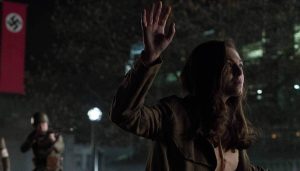 Hitler’s death is pinned on Japanese spies and Heusmann annoounces that they will be brought to justice by any means necessary, including war. Suspecting the nature of the announcement, John Smith interrogates a high-ranking Nazi, who reveals the plans of Heusmann to gain control of Japan by bombing it and giving Japan no other option. John travels to Berlin to inform about the conspiracy to Heinrich Himmler, the Nazi Reichsfuhrer, who is not involved. He provides solid evidence, that what he is claiming is true. Himmler then leads Smith and several of his closest Berlin subordinates, in to the Fuhrer’s office to arrest Heusmann for treason and murder of Hitler, and then addresses Reich civilians and stormtroopers about the conspiracy and of Smith’s exposure.

The season 2 ends with Himmler and Smith assuming command of the Reich and a new era of peace begins. In the final minutes of the season, we see Trudy is alive and well. In a basement somewhere, Smith is given access to a room filled to bursting with reels of films that were watched by the late Fuhrer. 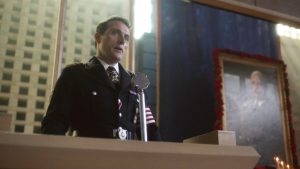 By the end of the first season, it is clear that the film reels are not a propaganda but are realities from alternate worlds. It is also clear that there are more than one alternate worlds. The one in a film reel which has video of San Francisco being bombed by a nuclear bomb is different from the one to which Tagomi travels to at the end of the first season as he arrives in a world where Allied forces have won the war. The alternate worlds are also parallel as Juliana discovers through a film that Joe is a Nazi. But Tagomi is the only character who has been shown till now, who can travel between worlds, and in season 2 he even goes to meet his family and finds out that his son is married to Juliana in that reality. 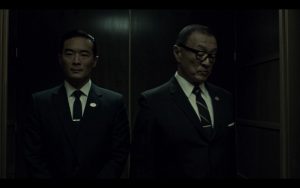 But the films are not only from the past but also from the future, as can be seen in the films that Hitler is seeing, and him knowing that Rudolf is there to kill him and that he won’t be able to do it. We also see in the show that in 1962 Germany  is very advanced technologically which is made evident by the existence of commercial jets and maglev trains in Germany. It is also mentioned that Germany dropped the a-bomb on Washington DC first. So, the films are definitely from many realities and timelines. 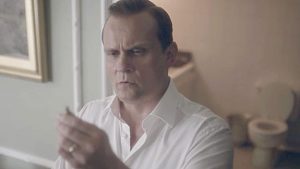 Throughout the first season, Colonel Rudolf Wegner is trying to give the Japanese Science Minister the plans to the Heisenberg device which is understood to be an atomic bomb, but that may not be the case. Werner Heisenberg was a German physicist credited with the founding of quantum mechanics, which deals with the physics of sub-atomic particles. A theory relevant to the show that originated from quantum physics is the many-worlds interpretation. Similar to Heisenberg’s Copenhagen interpretation, MWI is a theory that parallel universes might exist alongside our own, these universes might have different histories, laws of physics, people and so on.

It is well-known that Hitler was fascinated by science, so it might be a possibility that Heisenberg created a device that made travel between worlds possible and the device was used by Hitler to learn from his mistakes in the other worlds in order to win the war in this one. But we are yet to see Heisenberg in the show, but he might play a crucial role in the third season. 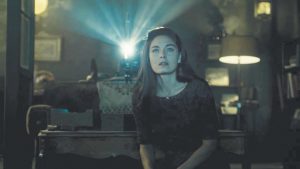 There is nothing known about the ways that you may use to travel to an alternate world, except through meditation which is used by Tagomi to travel to an alternate world. Meditation may be a way used by other travellers as well, which is hinted in the finale of the first season, when Kotomichi who is from an alternate world tells Tagomi that he is a good man perhaps too good for THIS world and not to give up on meditation. This means that Kotomichi may have travelled to this world through meditation and is aware of its power. Heisenberg device may also be a device being used to travel between worlds, but it has not been confirmed yet. There may also be other ways to travel between worlds but are not known to us at this time. 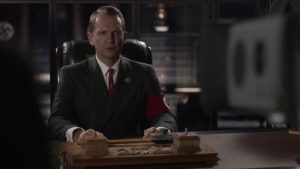 Heusmann makes Hitler look like a good man. He plots the assassination of Hitler and then pins the assassination on Japanese spies, giving him reason to declare war on Japan. He becomes the Acting Chancellor and almost succeeds in starting war with Japan and dropping a nuclear bomb on it to gain control of the Pacific States. But the conspiracy is uncovered by John Smith which leads to Heusmann’s arrest. Heusmann initially seems to be a nice man as he tries to reconcile with his son, Joe. But soon he turns into an evil greater than Hitler as he influences his son to stay in Berlin through Nicole and tries to become the Fuhrer and take control of the pacific states.

The Man in the High Castle 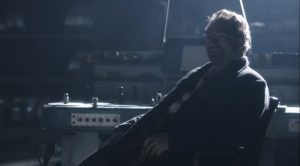 After the first season, speculations were running wild that Hitler might be the man in the high castle, as he was in possession of many reels and lived in a castle in the mountains. But the speculations were put to rest in the second season which introduced the man in the high castle in person. The show remained close to the book, by introducing Hawthorne Abendsen as ‘The Man in the High Castle’. He can travel between worlds and can also bring objects with him to this world, like the film reels that he brings back from various alternate worlds. He watches the films and tries to use his knowledge to shape events in a slightly less catastrophic direction. He is trying hard to stop the nuclear devastation of the world. 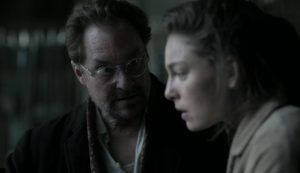 This proves that Juliana is the only character that matters and she is the only one who can solve this mess. She even tries to save the son of John Smith, Thomas, who will grow up to be a Nazi and in doing so commits murder of George Dixon, who is threatening to release the tape of her conversation with Thomas, in which he mentions about his illness.