TIFF Review: ‘Manchester by the Sea’ is a Devastating Drama About Loss 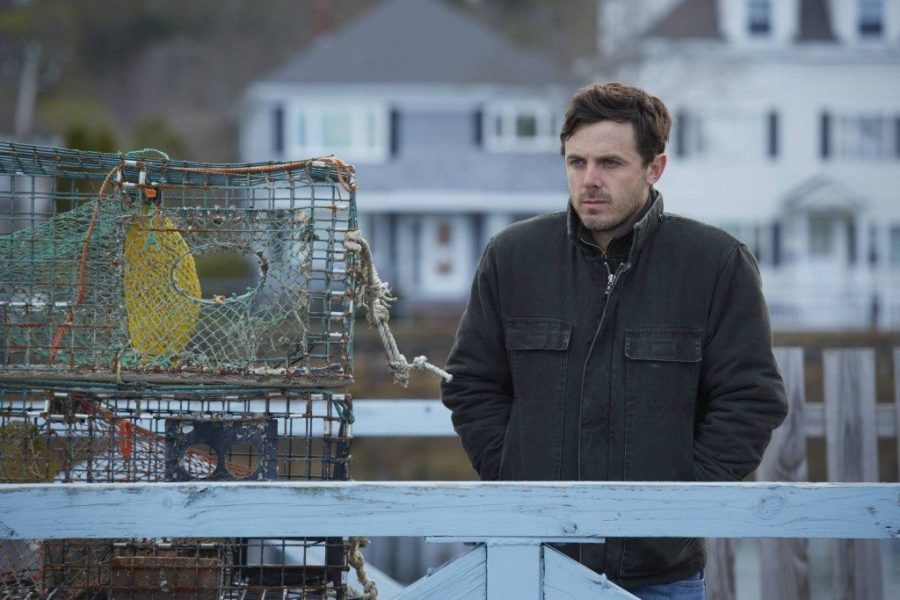 There are some events in life from which we never recover, and the portrayal of that agonizing grief is so honest and raw in this film there are times it was uncomfortable, as though we were listening in on life. Directed by Kenneth Lonergan, who does a brilliant job, the critics will no doubt celebrate the Oscar calibre work of the leads in the picture, Casey Affleck and Michelle Williams who are devastating in the searing emotion they bring to the screen.

Lee (Affleck) is a small town handy man working in an apartment complex and taking the daily abuse of the tenants each day. He is a surly sort, unhappy, and one look at him tells us something terrible has happened in his life from which he cannot escape. One day he gets a phone call that his brother has suddenly died, leaving him his sixteen year old son to raise. Stunned with the reading of the will and what his brother has proposed, Lee looks for every way to get out of it, yet is oddly drawn to Patrick, his nephew. The funeral of his brother brings Lee’s ex-wife Randy (Williams) back into his life and slowly we are shown what haunts Lee, and it is terrible, beyond terrible, and our hearts go out to him. Randy feels for him because she knows his poor heart is broken and can never be fixed, while she has at least tried to move on and start anew. Lee cannot, and he tells his nephew “I can’t beat it” and his nephew knows exactly what he means. His face as he unpacks three photographs, the gentle manner he touches each one, the way he breaks down in the arms of a neighbor, his body racking with sobs, and the heartbreaking conversation he has on the street with an equally unhappy Randy tell us of Lee’s hurt, and pain. It is the kind of pain from which many might never recover and it is very clear Lee will not. Something in Lee has died, and he knows it and makes no apology for it, it just is not there anymore.

Affleck is beyond superb in the role, this is one of the great American film performances, a piece of acting so connected to the character the lines of acting are blurred and we are watching life. We know it is a performance, but we cannot respond to it any other way than a as a piece of reality. He is nothing less than astounding.

Williams is brilliant as the tough talking Randy who is devastated by their past, but manages to climb out of the hole and start to build, though we sense she is pretending, that the past has a hold on her too. They have a conversation on the street that might be one of the most anguished scenes I have ever seen, painful to watch, like we are eavesdropping.

We have all suffered loss, but part of Lee ceased living one night, and he cannot beat it. Who could?