Review: ‘Margarita, with a Straw’ is High on Life and a Must Watch ! 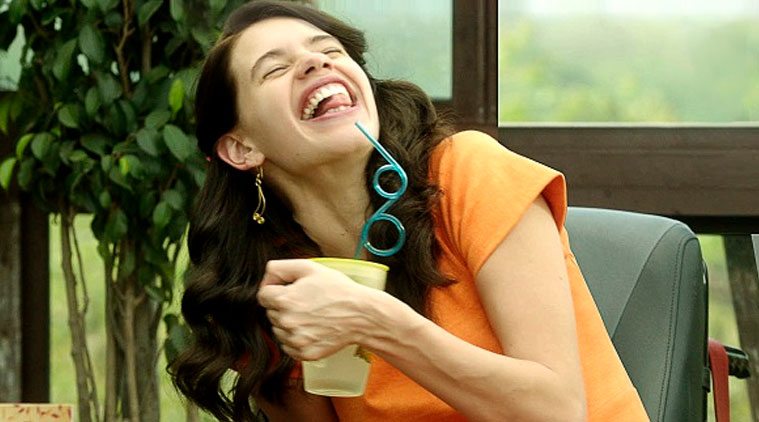 Rarely a film is made which not only focuses upon the grave issues that our society very conveniently chooses to ignore, and still manages to entertain. From the acclaimed director Shonali Bose (known for AMU) comes another remarkable film which is winning hearts (not only in India but) all over the world.

The film is about a Laila, a teenage girl with cerebral palsy played brilliantly by Kalki Kochelin. Laila is a student at Delhi University and a member of an indie rock band. She lives with her supportive parents and a younger brother. She manages to get a scholarship for a semester and moves to New York with her mother. There she embarks upon a journey of self-discovery.

At first Laila comes across as a wheel chair bound girl who is trying hard to fit into the world of her friends but she is a lot more to it. She is not seeking any sympathy and certainly don’t want anybody to feel sorry for her condition. The way Laila’s character develops, you realize she is just another girl with the same zeal of a youth, love for music and a curiosity of an adolescence mind. While her semester in New York, Laila is surprised by the cultural diversity but takes no time in adapting to it. She meets a social activist Khanum (Sayani Gupta), who happens to be a blind girl, but just like Laila, she is strong, independent and is not just surviving, but living her life to the fullest, which many of us have forgotten. Laila falls in love with her and realizes that she is bisexual as she is still attracted to the opposite sex.

It was a refreshing change to see a relationship between the two most uncommon people you can ever come across. At one hand, Laila, who is exploring her sexuality, loves Khanum but also goes on to sleep with a male class mate. Whereas Khanum asks for trust in their relationship and expresses her ire after finding about her lover’s infidelity. Their affair is handled with utmost care. The real challenge for Laila is not just to fight her condition or to prove her loyalty to her lover but to come out to her mother about her sexuality, who is already fighting a losing battle to cancer.

Kalki is clearly one of the few brave and versatile actors we have in our country who are never afraid to take up challenging roles. It is mostly because of her that you fall in love with Laila from the very first scene. She has breezed through her role effortlessly. There were moments when I wanted to get up and hug her. Revathy, as a concerned, protective mother is impressive. She is one of the gifted actors who needs to be seen more frequently on screen.

This film shows that there are people who are different than others but it give us no reason to doubt their abilities. The film also deals with alternate sexuality. Mostly in films we see stereotypical caricature homosexual characters in comical roles. Rarely a director shows such character’s in a light which helps to change the norm and people’s point of view. The film is a sensitively made drama with a simple yet valuable message and that is to “Love Yourself”. Kudos to the director for not just conceiving the idea but also successfully making a triumphant film.

MARGARITA WITH A STRAW will be released on VOD via Wolfe Video on June 14th across all digital platforms including iTunes, Vimeo On Demand, and WolfeOnDemand.com, and will be available June 28th on DVD via Wolfe Video and many major retailers.