Easter Sunday in 1990 at the DePue household forever changed the lives of everybody involved. Marilynn DePue had an altercation with her husband, Dennis, and then vanished. The authorities eventually found her dead body, but the hunt for her killer lasted for almost a year before he was located. Investigation Discovery’s ‘Sins Of The Father: Bloody Cargo’ delves into Dennis’ crime and his life on the run before a confrontation with the police. So, if you want to find out more, we’ve covered you.

How Did Marilynn DePue Die?

Marilynn Lee McClenahen was a Detroit, Michigan, native born in January 1941. At the time of the incident, she had been married to Dennis DePue for over 17 years. The couple had three children together; two daughters and a son. Marilynn worked as a counselor at a high school in Coldwater, Michigan, and was well-respected and beloved among her peers and students.

However, by April 1989, the 49-year-old had filed for divorce from Dennis due to relationship troubles. On April 15, 1990, he came to the residence in Coldwater for his scheduled visitation with the children. As per the show, the children didn’t want to go with Dennis, leading to an altercation that ended with Marilynn being shoved off to the bottom of the basement stairs.

One of the kids called the authorities a few hours later when they didn’t hear back from Dennis, who said he would take her to a hospital. The search for Marilynn ended on April 16, 1990, when someone found her body off the road in Michigan. The school counselor died from a single gunshot wound to the back of her head.

According to the show, Dennis and Marilynn’s relationship crumbled over time; Dennis was controlling and demanding. Furthermore, they had contradictory personalities, and he didn’t like Marilynn being active within the community. After Dennis pushed her down a flight of stairs, he carried her into a van and put her on the passenger’s side. After one of the children called the police, an officer checked with a local hospital, but there was no record of Marilynn arriving there. 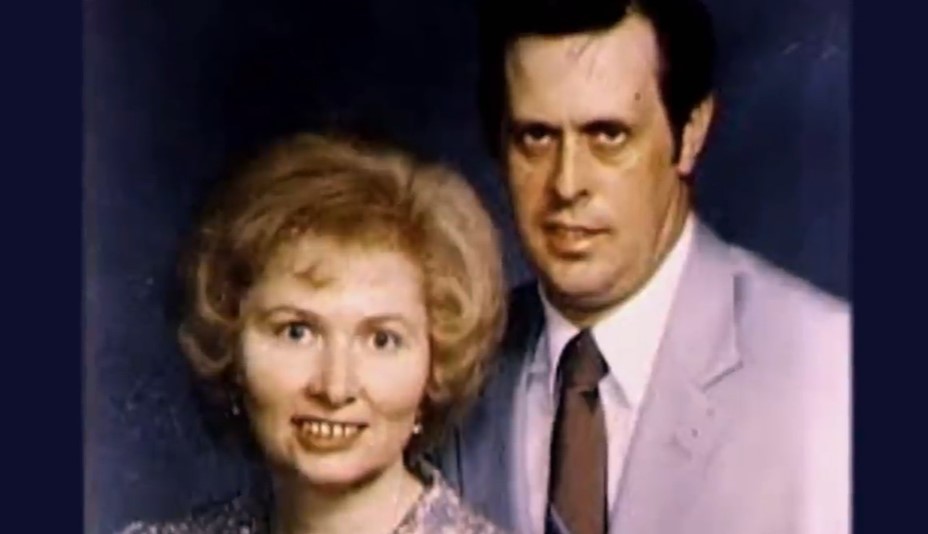 On April 15, 1990, a couple, Ray and Marie Thornton, driving through some Michigan backroads remembered a van speeding past them. They came across the same vehicle some way up the road and saw a man disposing of a white cloth with what appeared to be blood on it. The van tailed them a few times, and later on, the couple saw the man changing the license plates on the vehicle. As per the show, the passenger’s side door was open and had some red stains; The couple believed it was blood and went back to where they saw him dispose of the cloth initially.

It was mentioned in the episode that Ray and Marie located the white cloth. It appeared bloody, with some tissue and bone fragments. They immediately rushed to find a phone to call the police. Dennis remained elusive, but the authorities found the body on April 16. After this, a rigorous search for Dennis ensued. He had a gun and had withdrawn money from his account to escape the police.

About two weeks after the murder, the school where Marilynn worked received a letter written by Dennis. In it, he blamed the divorce and her death on the people at the school. As per the show, newspaper outlets and others also received similar letters that were being posted from different states, a sign that Dennis was on the run. About nine months after the incident, Dennis had settled in Dallas, Texas, under a fake name and was living with a new girlfriend.

Sometime in March 1991, ‘Unsolved Mysteries’ aired an episode that featured Marilynn’s case. After Dennis saw that, he decided to go on the run again. According to the show, he told his girlfriend that his mother was sick and he had to leave urgently. Later, one of her friends who watched the ‘Unsolved Mysteries’ episode told her about it. The girlfriend, who had noted down the license plate number earlier, called the authorities with the information.

How Did Dennis DePue Die?

Once the police got wind that Dennis was on the run, they began a search. He managed to get to Louisiana until a police officer began following him for speeding. Upon learning that the vehicle was connected to a homicide case, the authorities were involved in a pursuit with Dennis. After going through a couple of roadblocks, the police shot his back tires, slowing him down.

Dennis then shot at the authorities, who promptly returned fire. However, the van had a lot of items at the back, and the bullets never reached him. Eventually, one officer found Dennis slumped in the driver’s seat with a gunshot wound to the head. The incident ended in Mississippi on March 21, 1991. The investigators ruled it a suicide; the 47-year-old shot himself with a .357-caliber weapon with the bullet entering the mouth and exiting from the back of his head. Ultimately, Dennis died without ever having to face justice.