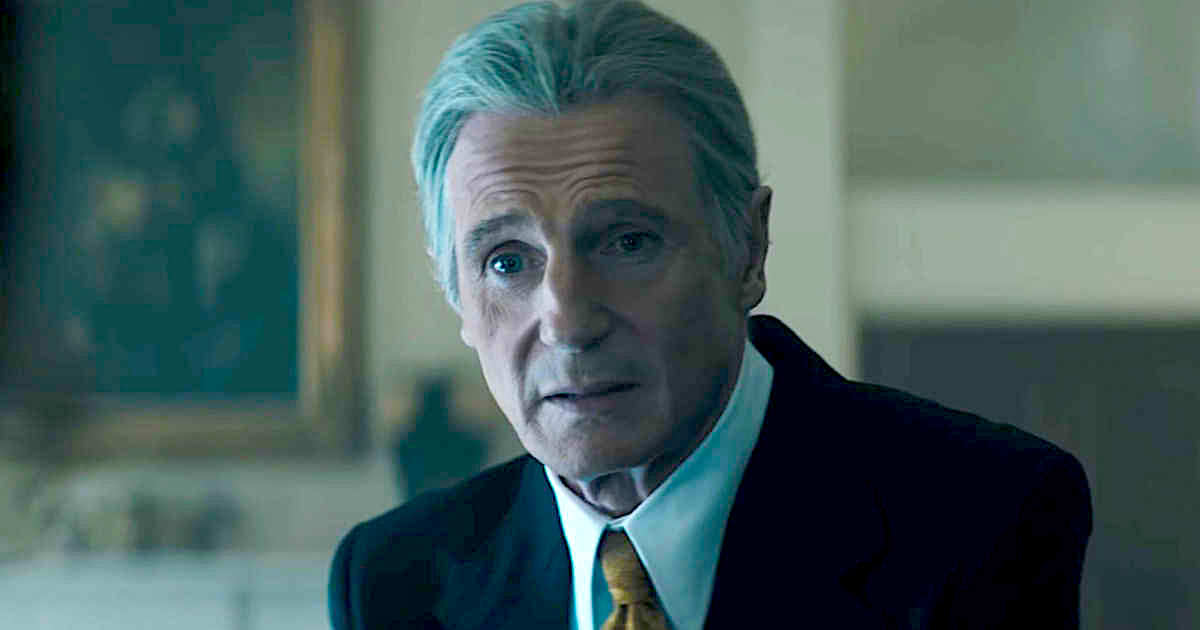 Liam Neeson’s taut, political thriller doesn’t have the sort of action or general badassery of many of the Irish actor’s most recent films. No blood. No murder. It does have much of the same relentlessness though. Neeson stars as Mark Felt, the man responsible for the leaks to the media about the massive cover-up by the Richard Nixon administration in regards to the break-in that happened at the Democratic National Committee’s office headquarters prior to the election of 1972. The break-in and the resulting investigation (now known as “Watergate,”) resulted in the 1974 resignation by President Nixon. To this date, Nixon is the only U.S. President to resign from office.

The identity of the leaker was known for years by the code-name “Deepthroat.” In a 2005 interview, Mark Felt (played by Neeson) identified himself as the man behind the infamous moniker. This film features a performance by Liam Neeson that remains engrossingly intense without any of the fisticuffs of his action-fare. It may not result in an Oscar nomination like Oscar Schindler did, either. Neeson, however – remains in top form. His stoicism and unwavering principle show why Neeson has become as reliable as he is. His work is only reinforced by great supporting work from actors Josh Lucas, Martin Csokas, Michael C. Hall and Tony Goldwyn.

Diane Lane gives a small but important performance as Felt’s wife, Audrey. Audrey stands by and supports Felt throughout his extensive F.B.I. career, one that has seen them re-locate all over the United States and one that has seen Mark shunned by the Bureau in the midst of a crucial investigation. After imploring her husband that it is finally time for the “G Man’s G Man” to retire, he regretfully tells her he can only when the bureau is “In better hands.” The Watergate investigation compels Felt to maintain his position in F.B.I. in order to save it from itself, drowning in the highest level of corruption along with the entire political structure in America. The couple also carried great pain because of the Lane’s performance is warm yet heartbreaking. She is wisely cast as someone who could support not just a rock; but the boulder of a man who Felt is, as has forced himself to become.

Like Stephen Spielberg’s Lincoln (2012,) Mark Felt: The Man Who Brought Down the Whitehouse remains riveting despite consisting largely of men inside rooms reciting extensive dialogue; all while, wearing drab clothing. It isn’t the masterpiece that Lincoln is either; but Peter Landesman’s movie is solid entertainment from start to finish, with Neeson delivering a solid leading performance.