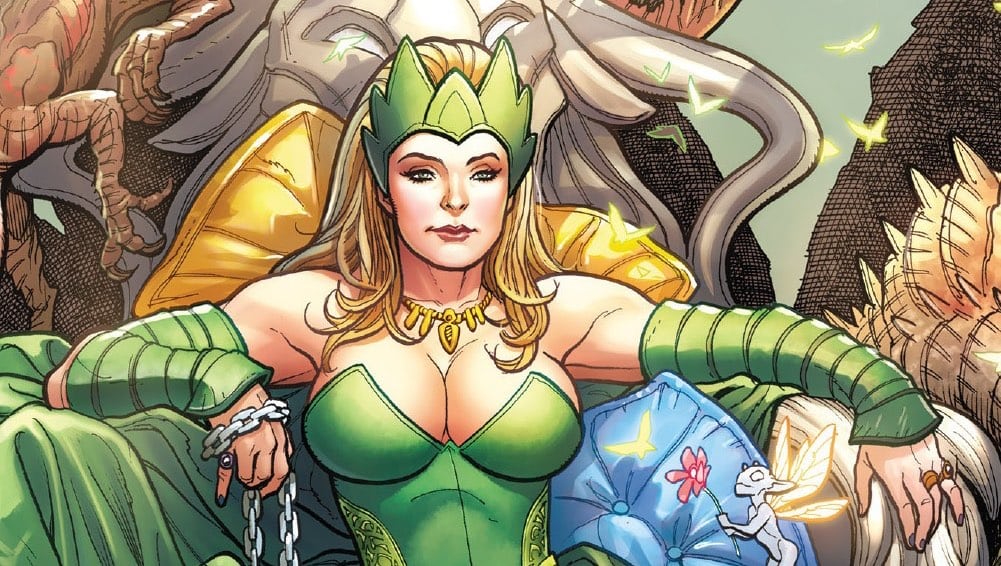 You all must be pretty familiar with several male villains in the Marvel universe. Thanos, Loki, Magneto, Galactus .. the list goes on. But what about female villains? It is not that just men are evil; women can be evil too. So, sure, Marvel has created quite a few female villains over course of time — not many as male villains, of course. Most of these women are hyper-sexualized, stylish, and powerful. With Captain Marvel movie Marvel introduced a first female superhero movie to audiences. Hopefully, we will be seeing more and more female villains in their movies too.

Anyway, here’s the list of top marvel female villains ever. These women, who are best known marvel female characters, can kick your a** pretty easily. 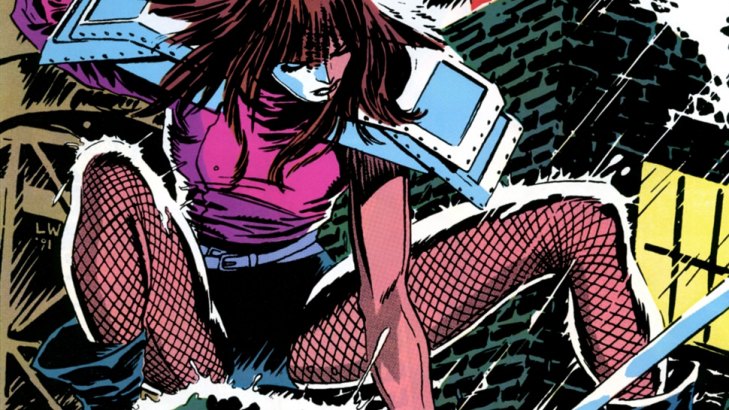 This Marvel villainess initially started off as an enemy of Daredevil, but later had conflicts with other heroes of Marvel like Spider-Man and Deadpool. She is a brilliant athlete and has telekinesis and mind control for powers, along with being a highly trained martial artist. She first appeared in Daredevil #254. She has three separate personalities as a result of her mental illness. The timid, pacifist “Mary” personality has no psionic abilities. The “Typhoid” and “Bloody Mary” personalities have the full range of these psionic powers and they are strongest in “Bloody Mary” 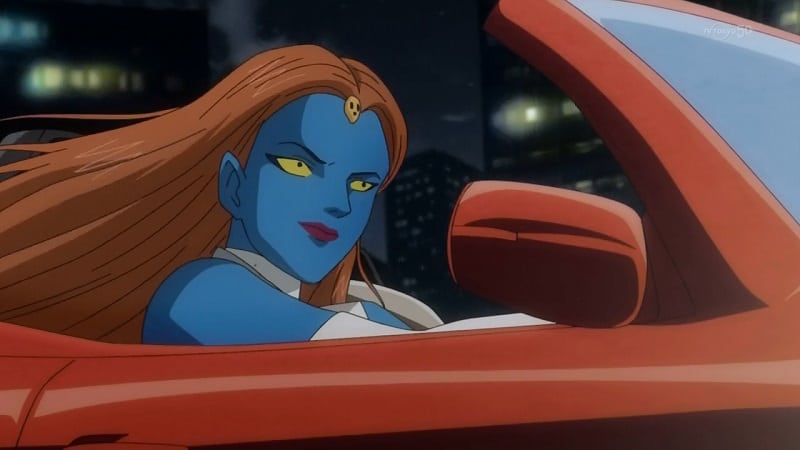 A member of the subspecies known as mutants, Mystique first appeared in 1978 in the comic Ms Marvel #17. She has, throughout her history, been a foe of the X-Men. Mystique is a shapeshifter who can mimic the appearance and voice of any person with exquisite precision, and her natural appearance includes blue skin and yellow eyes. Throughout her history, she has been a supervillain and assassinated several people involved in important mutant affairs. 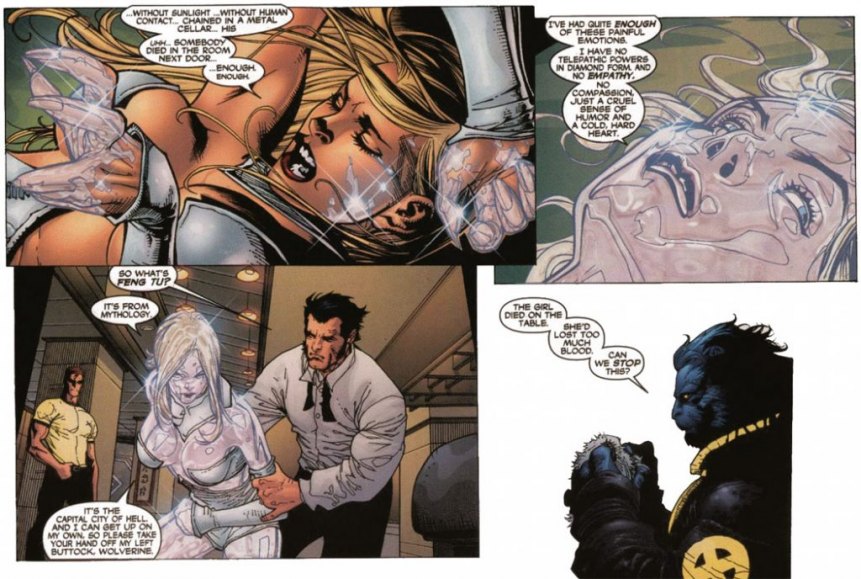 Also known as White Queen, Emma Frost was a Marvel supervillain who later turned hero. She first appeared in the now-famous storyline, “The Dark Phoenix Saga”, in The Uncanny X-Men # 129. she has vast telepathic abilities and can also shape-shift. Along with appearing in her mainstream incarnation, Emma Frost has also appeared in storylines which include the Age of Ultron, Age of Apocalypse, and Days of Future Past. 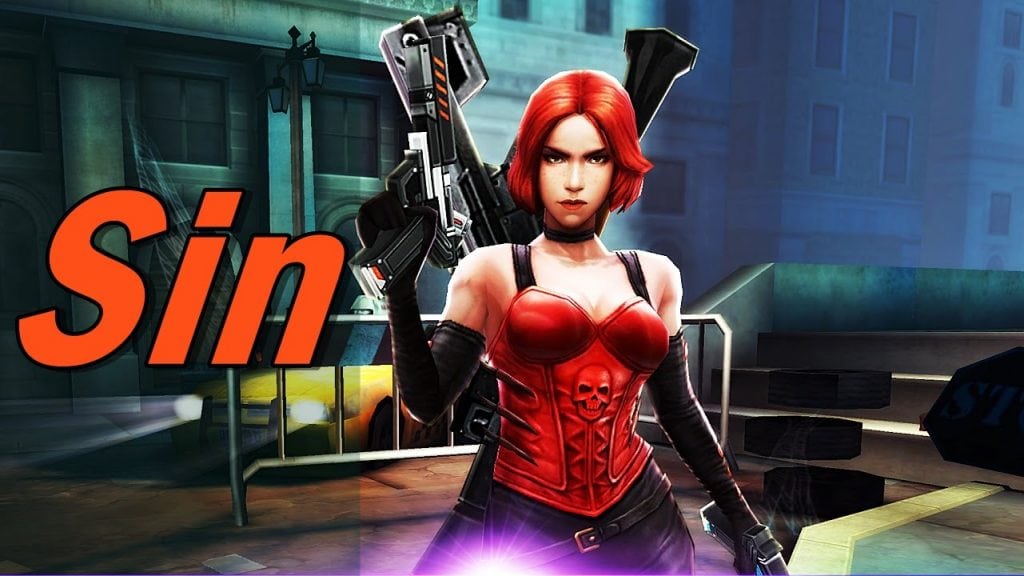 The Marvel supervillain Sin first appeared in Captain America #290 in February 1984. She is the daughter of Red Skull. She grew up to be Mother Superior and founded and led a group called ‘Sisters of Sin’, who were young orphan girls who were accelerated into adulthood and given psionic powers by the Skull after being indoctrinated by Sinthea (Sin). sin is an expert in hand-to-hand combat and is a highly skilled markswoman. As Mother superior, her powers include telekinesis, telepathy and teleportation. 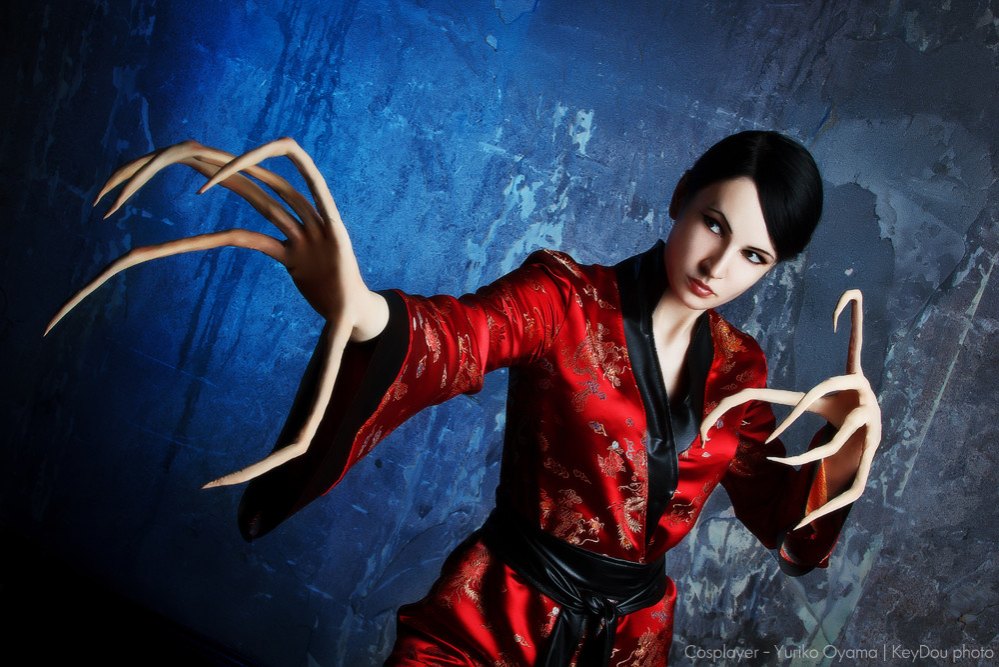 This Marvel supervillain is a foe of the X-Men, especially Wolverine. Her father was the one who had created the adamantium-bonding process that was used on Wolverine, whom she wanted to kill to prove her worth. She later bonded adamantium to her own skeleton and acted as a mercenary and assassin. She was a member of the Sisterhood of Mutants and her powers include superhuman strength, speed, agility, and reflexes along with adamantium skeleton and retractable claw nails. 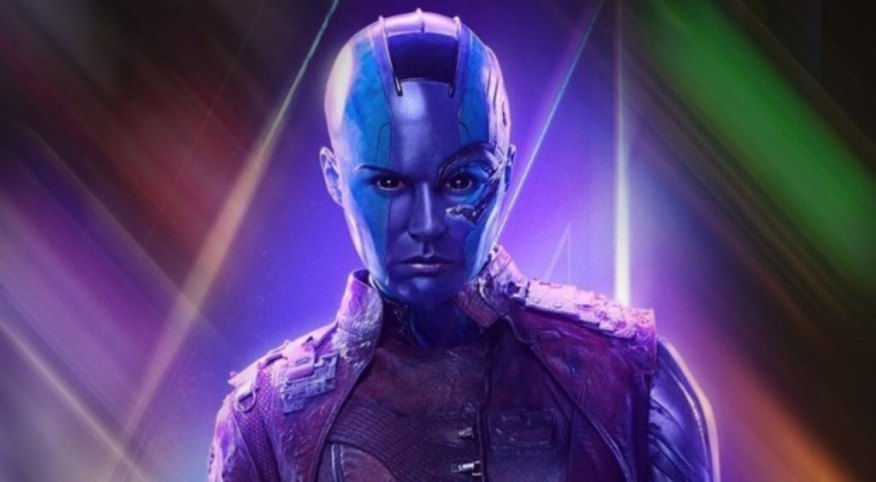 Nebula first appeared in The Avengers #257 and has frequently appeared as an enemy of The Avengers and Silver Surfer.  Nebula almost became the most powerful person in the universe when she managed to release vast energy from an atomic compressor, which was absorbed by the Infinity Union and nearly destroyed all of reality. She is a brutal space pirate and mercenary who seized control of Sanctuary II, a massive spaceship previously under the command of Thanos. 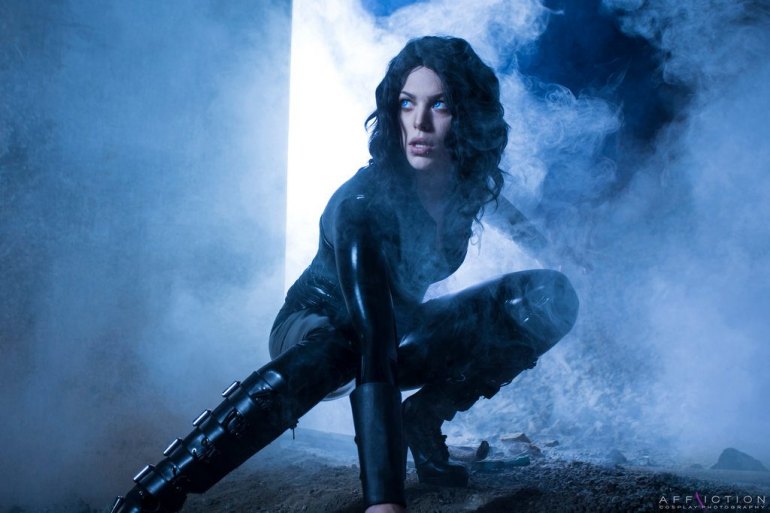 This Marvel character is said to have been alive for 17000 years and is one of the long-lived mutants known as the Externals. She is an enemy of the X-Men often associated with the Hellfire Club’s Inner Circle. She is a very powerful sorceress with the ability to manipulate inanimate objects; use telekinesis and flame manipulation; she can warp reality, and she can assume a shadow form. 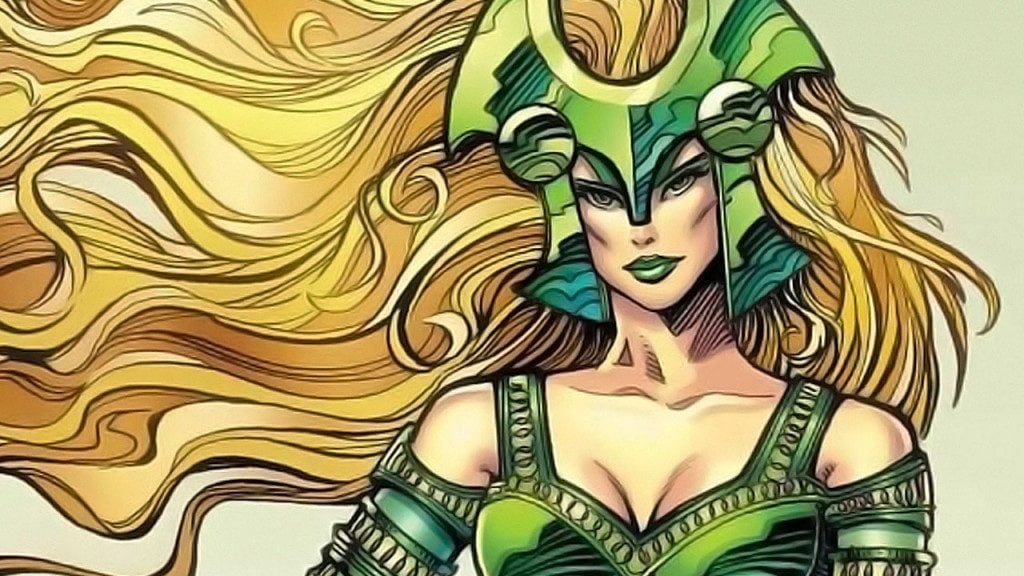 The Enchantress is a Marvel supervillain also known as Amora. She first appeared in the Marvel Universe took place in Journey Into Mystery #103. The Enchantress’ parentage is unknown, though it is known she was born in Asgard and has a sister by the name of Lorelei. Amora began learning magic as an apprentice of Karnilla, Queen of the Norns but was eventually banished. She has a nearly ageless physique of a goddess, and few can resist her beauty. A single kiss is enough to make a man her slave, and she is one of the most powerful mystics in Asgard or on Earth. Her powers are nearly limitless and include mind control, telepathy, energy blasts, levitation, teleportation, dimension travel, transmutation, and time manipulation. 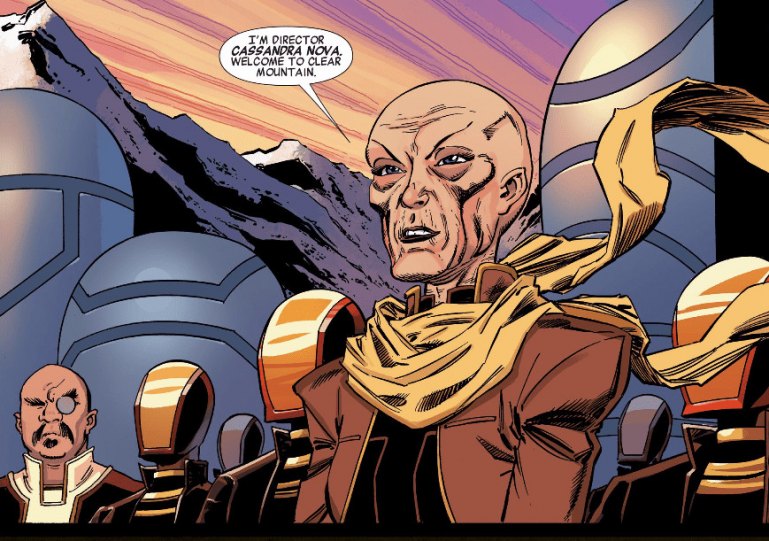 Cassandra Nova is a “mummudrai,” a parasitic life form born without a body on the astral plane. She is the ideological dark shadow of Xavier and is bent on destruction and genocide. She is most infamous for commanding an army of Sentinels to massacre 16 million mutants within the mutant homeland of Genosha. When captured at the X-Mansion, she broke free and easily defeated most of the X-Men, and she very nearly destroyed every mutant on Earth, by controlling and using Xavier’s own mind power. 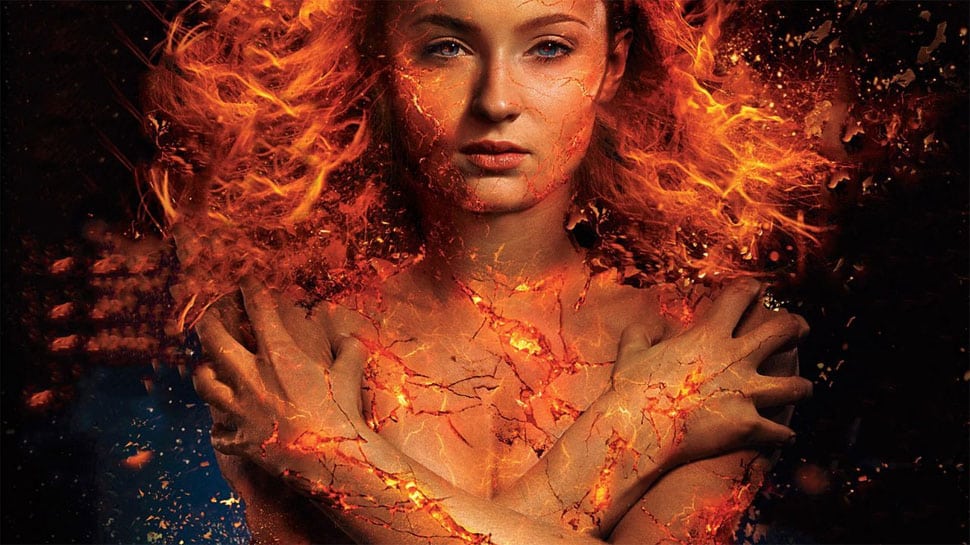 When the Phoenix Force augments with Jean Grey and then becomes Dark Phoenix, she tops all other Marvel supervillains in terms of power. Her vast potential makes her a target for Mastermind, who projects illusions into Phoenix’s mind, and takes on the identity of the Hellfire Club’s Black Queen. Her claim to fame is causing a supernova and absorbing the energy of a nearby galaxy, killing billions. Jean Grey, while momentarily regaining her senses, kills herself after realizing that Plan Omega, under Shi’ar High Empress Lilandra’s orders, would consist of destroying the whole solar system in order to destroy Dark Phoenix.