TIFF Review: ‘Mary Goes Round’ is a Delightful Surprise 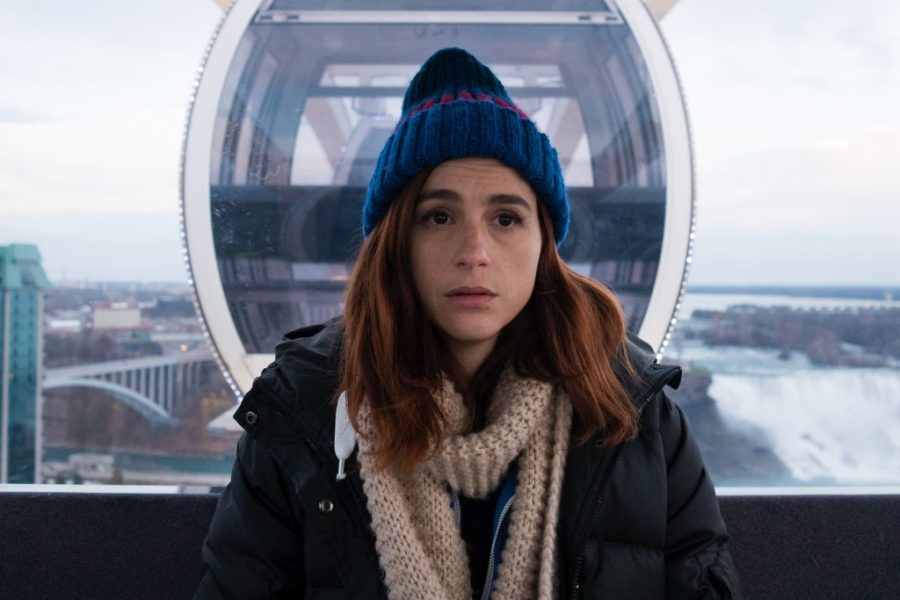 In a delightful surprise top start off the festival from writer/director Molly McGlynn, ‘Mary Goes Round’ is a sincere, funny and often tragic look into alcoholism and family dysfunction. Mary (played wonderfully by Aya Cash) is a substance abuse counselor who also happens to have a drinking problem. Mary’s life becomes unmanageable when she crashes her boyfriend’s car while intoxicated. She receives urgent messages from her estranged father, asking that she visit him in her home town of Niagara Falls, her hometown. Her father, Walt (played by John Ralston) has convinced Mary that he wants her to visit in order to get better acquainted with her half-sister, Robyn (a pitch-perfect Sara Waisglass.) However, this is a ruse because Walt (a recovering alcoholic himself) is dying of lung cancer. Hoping to reconcile his family and set both daughters respective paths in life, Walt’s motives are not initially trusted by Mary, jaded and disheartened after not having seen him in 15 years.

‘Mary Goes Round’ plays with a lot of heavy issues, sobriety being the main one; an issue that plagues many of the characters. Walt’s drinking forced Mary’s mother to leave him and take Mary to move away. Mary’s ironic relationship with alcohol ends up costing her a job and her driver’s license. Lou, an old AA friend of Walt’s is played by Melanie Nichols-King in a deeply touching performance. Despite running meetings and starting off 5 years sober when the film begins, Lou ends up breaking her sobriety in a tragic moment of harsh reality; that it really can slip that easily.

‘Mary Goes Round’ is far from shy of humour despite its serious tone. The whole cast performs triumphantly and their chemistry is palpable. The film treats addiction seriously, encompassing a serious and tedious issue that really is taken one day at a time; with balance and stability being fragile things. The film is about walking on a wire, learning how to cope with loss of family, friends & fellows; be they spirits or otherwise.

Overall, ‘Mary Goes Round’ manages a good balance during its short running time with several laugh out loud moments sprinkled throughout the narrative.