‘Master of None’ Season 2 Ending, Explained 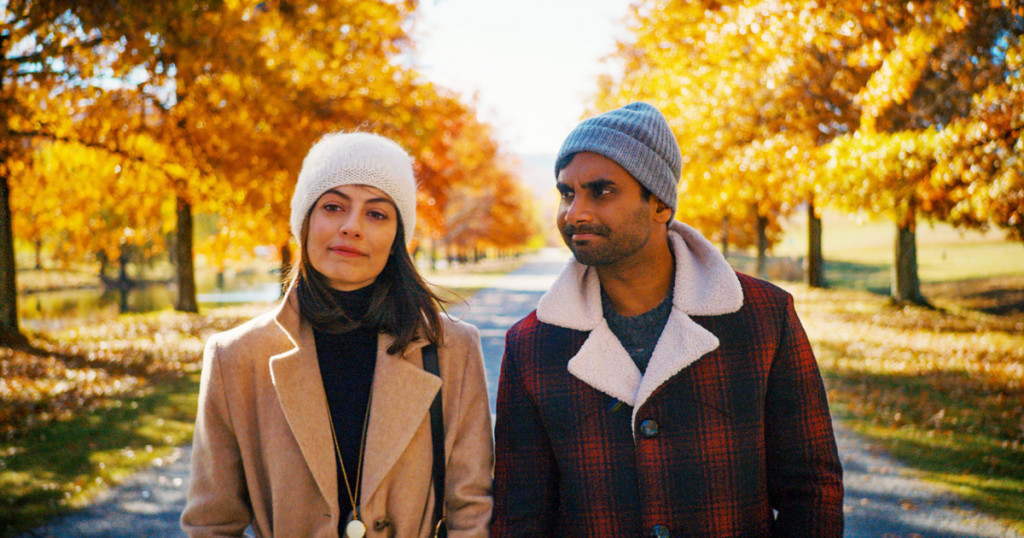 Master of None is one of those shows that love everything around it and in doing so makes you fall in love with it as well. This Netflix comedy series is the answer to the years of prayers of ethnic minorities for better representation in Hollywood. Its loveliness and general warmth will soothe your heart and the delectable foods showcased in the show will make you drool. The first season aired in 2015 with thunderous applause that continued with the winning of Emmy. The second season aired in 2017 and its reception was equal if not better than the first season.

For the uninitiated, Master of None chronicles the day-to-day lifestyle of one Dev Shah played by Aziz Ansari and his vibrant group of friends. Dev is an aspiring actor based in New York with a hope of making it work in show business. He has another thing to take care of: his growing tummy against regular tasty attacks. Dev is a second generation Indian-American minus all the stereotypes. That means he doesn’t have an accent and he doesn’t smell like curry. His friends are as vibrant as his personality. One is a second generation Taiwanese American named Brian, another one is a black lesbian named Denise, and the third one is the idiosyncratic foodie, Arnold. Fun fact! Aziz Ansari is the co-writer of the show with Alan Yang, and both are second generation immigrants. 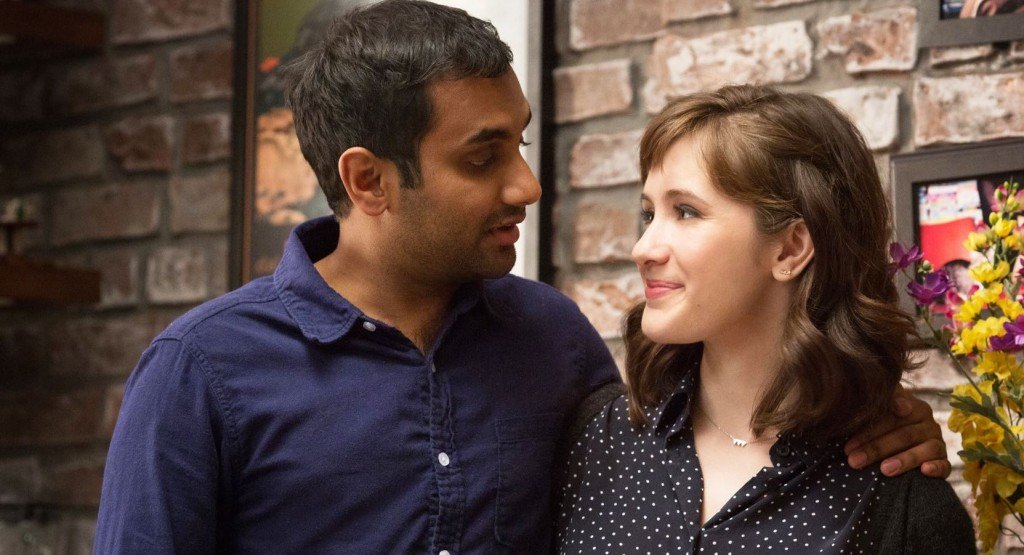 The show tackles the issue of racism, sexism, homophobia and current generation’s dearth of commitment in love with ample innocent humor. So we get a picture of the society not in simple black and white but also with a shade of brown. The first season revolves around Dev who is at the crossroads of life. He’s neither sure about his life nor his relationship with Rachel. At the start of their relationship, they have their initial kindling of romance, followed by sex, some genuine fights, and more romance and sex. And throughout these episodes, we discover the nuances of cultural differences and ideological differences of two as well. Their wavelength match with each other, yet the stars never align for them. Sometimes if two people aren’t meant to be together, they won’t. Season 1 ends with these two breaking up with each other. Rachel goes to Japan to explore life before the window gets closed in front of her and Dev sets out on his journey to nurture his passion for pasta making in Italy.

Season 2 starts with a respectable homage of the classic ‘Bicycle Thieves’. He meets Francesca (Alessandra Mastronardi) there, and they produce a liking for each other. Things get complicated as Francesca is already engaged with someone else and when she arrives at New York for a trip and meet Dev, the uncomfortable feelings come out. Dev is back in New York after his pasta training, and he has found a project called Clash of the Cupcakes to host in TV. He accompanies Francesca around the trips to tourist destinations and food parlors of New York streets. Initially, they seem to have pure fun, but Dev grows affection for the beautiful and funny Francesca. He’s also torn between himself about the ethicality of wooing a woman already engaged to someone else. Further, he’s not sure about Francesca’s true feelings about him, and even though he understands that she likes Dev, Dev is not sure about the nature of that liking. 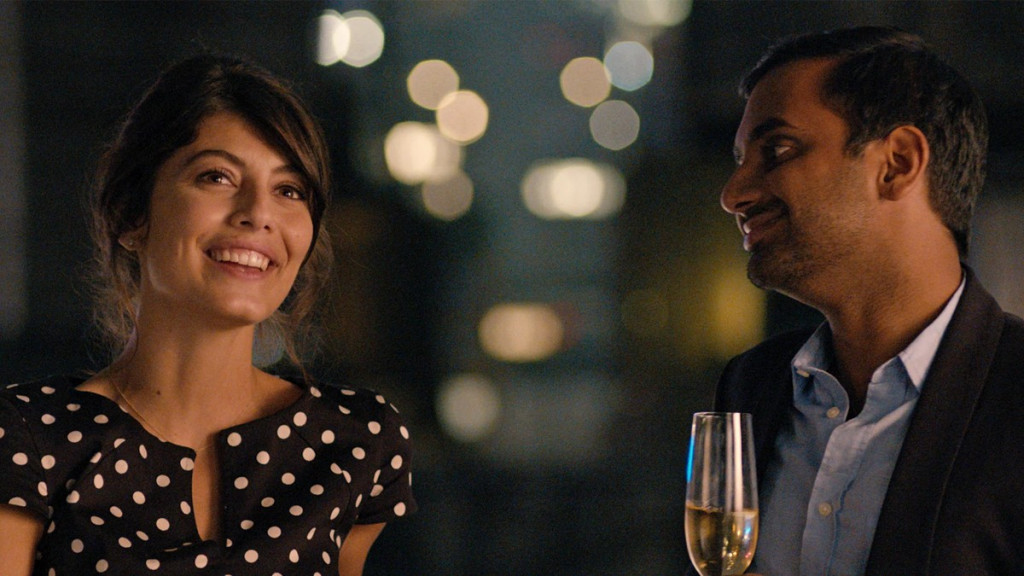 The show apart from being a warm story of finding love is also very culturally receptive. It brings to the fore many stereotyped perceptions of us through the characters of the show. Dev ignorantly accuses all old people of racism in front of Rachel’s grandmother who gives it back fittingly. There’s also a scene where a person shakes hands with only Dev after a conversation perfectly ignoring the other two women sitting beside him (Rachel and Denise).  Francesca casually refers to the ‘curry people’ without realising how ignorant and hurtful that sounds. Another great episode deals with the process of coming out. We get to experience the growing days of Denise and Dev and how Denise’s sexual orientation was a very complicated one for her family to deal with. We see her changing throughout the years, becoming more confident about her sexuality and how finally she opens up to her mother. The process of acceptance is another learning curve for homophobic people, and it shows no matter what a person’s sexuality is, that doesn’t change his/her essentialism. Another great episode deals with the generation gap between immigrant parents and their Gen X children. These are only a few amongst numerous uncoverings of our shallowness in the show.

We have a lead character who is an Indian immigrant, a supporting character who is black & lesbian and another supporting character who is extremely tall. Basically all the elements of the ‘Other’ push their way to the center. It’s a constantly shifting process of marginalized (read stereotyped) minorities and the central majorities, however, this narrative gives space to each and every individual to thrive and grow regardless of his or her origin, orientation or gender. The second season also touches upon the issue of sexual misconduct in showbiz by men in power. We also get to experience universal feelings and discomfort of humans. Dev is floating around the city without a clear vision for his future or any plan to settle down. He questions his morality and is in a desperate search for the one true love through several dates.

The second season has an open ending. The creative team behind the show has left it to the imagination of the audience. Thus, the ending attracts many different interpretations. So this is what happens at the end: As their trip ends, Pino asks Francesca to go back with him to Italy while Dev confides in Francesca his true feelings for her before her scheduled departure. Francesca denies the presence of mutual romantic feelings for Dev and sites her engagement with Pino, whom she still loves, for it. She is torn between the two and when Pino asks her what’s wrong with her, she looks blankly towards him and the scene ends. The season ends with a scene back in Dev’s apartment. Under a mild glow, Dev and Francesca are side by side in the bed looking at each other and the scene cuts abruptly.

Francesca has genuine feelings for Dev but is it more than her feelings for Pino? Francesca has been with only one guy throughout her life and Dev’s advent opens up a new world for her. For her, Dev is supremely funny, has a knack for food, knows Italian and is always there when she needs some company. But she has been in New York for only one month. After years of being in a committed relationship with Pino, Dev is like the breath of fresh air but the stay is too little.  She makes a rational decision subverting the expectations of cheesy romantic comedies and declines Dev’s proposal. Dev understandably accuses her of using him as a tool to get away from the claustrophobic period of her relationship with Pino. Francesca is heartbroken and leaves Dev’s place for good.

So what’s up with the ending? Dev and Francesca lying in bed together? The only plausible explanation is this is Dev’s wishful thinking. The scene is consciously given a feel of halo-ish ambiance to suggest a dreamlike state. This is what Dev wants. She wants Francesca to stay and he wants her to be with Dev. In that scene, Francesca doesn’t have her engagement ring of Pino on her finger. So it perfectly showcases the future scenario which Dev would’ve liked to happen. But this is not what it supposed to be.

Why are we so sure that Francesca won’t come back to Dev at the last moment even after showing considerable hesitation about leaving with Pino? The show answers itself. Even though it is essentially a rom-com, the characters and situations are not driven by wishful thinking but rational emotions. In the first season, Rachel and Dev had everything going for them. They had their fight, they made up for it, yet they fell apart, never to see each other again, only stumble with each other at street one year later when Dev is at the lowest point of his life. Francesca leaves his apartment and Dev wanders through the streets and he comes across Rachel. The person you know everything about, the person who was everything to you once is now a complete stranger. And this scene wrenches the heart of both Dev and the audience. They exchange awkward moments and continue on their path. The show’s treatment of realism is what makes us so sure that Francesca won’t leave her son, family and a relationship older than a decade for a great one month. Granted, what Dev and Francesca had between was real and special but that doesn’t warrant a romantic ending to this otherwise real show. So for Francesca, the only logical conclusion would be to go back to her world, her family while cherishing that transient happiness in the form of Dev and to value what the two felt for each other – the spark that never materialized. 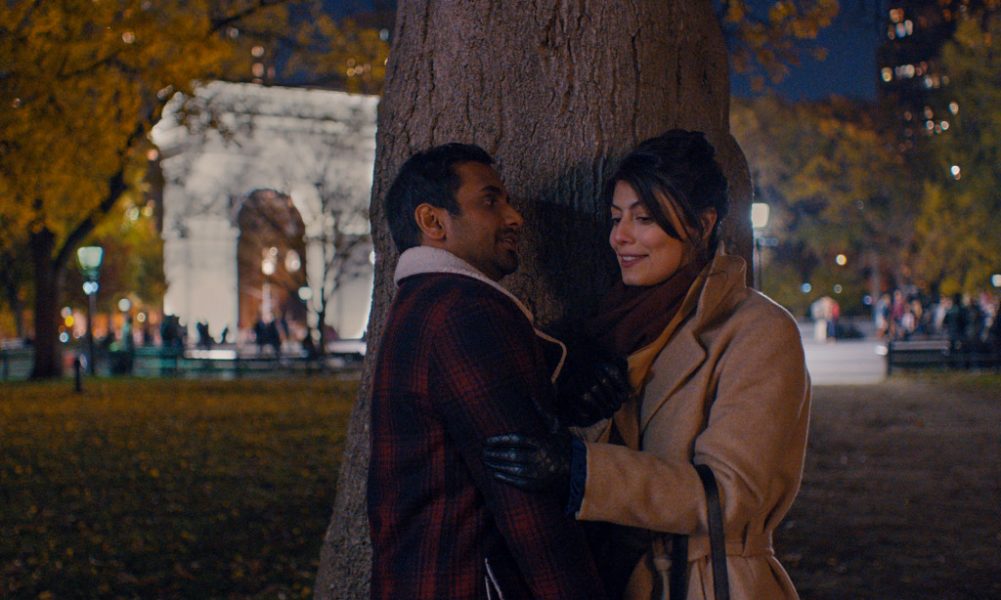 Now let’s delve into some more wishful thinking – the Season 3! There has been no evidence of active production going on under Netflix’s hood not even an official confirmation about the fate of the show. What is evident is that Netflix has put the ball on Ansari’s court. Netflix’s own Cindy Holland has said that they would very much like to have a third season of Master of None provided Ansari is ready for it. As far as Aziz Ansari is concerned, the thoughts are still up in the air for him and he is yet to decide something concrete. However, what puts the show’s future in a tricky position is a recent sexual misconduct allegation against Ansari. Maybe because nothing substantial has been proven against him, Netflix’s stern stance against sexual misconduct contradicts their statements.

If the third season indeed happens we would finally have our answers about the ambiguous ending of season 2. What does Francesca decide? Will she leave Pino and come back to Dev? What about her son? What about her family in Italy? Isn’t it too abrupt for someone to uproot her whole existence and travel to a different continent just for the sake of uncertain love? What will Dev do if Francesca decides to stay? Will he more be faithful and have understandings about her? Will he make this work for someone who has left everything just to be with him? Or will these humongous expectations push Dev over the edge? More importantly, given it is the most likely scenario, what will Dev do if Francesca doesn’t show up in front of his doorstep? Should he make one last try and head for the airport? If not how will this affect his emotional life? Will his beliefs in romantic love and the existence of ‘one special person’ perish ? Right now, it is quite thin air to base assumptions on. But given the first season’s ending’s shock value, we can fairly expect that if the third season indeed happens, it would start off on a note vastly different from audience’s wishes and expectations.

Practically speaking, given the uncertainty around the show even if its production gets underway, we will have to wait for a long time for the premiere of the Third Season’s pilot episode. We will know what actually happened only when Aziz Ansari decides to comes back with the third season — or rather is allowed to do so. Until then binge watch Master of None again and ready to laugh and cry simultaneously.