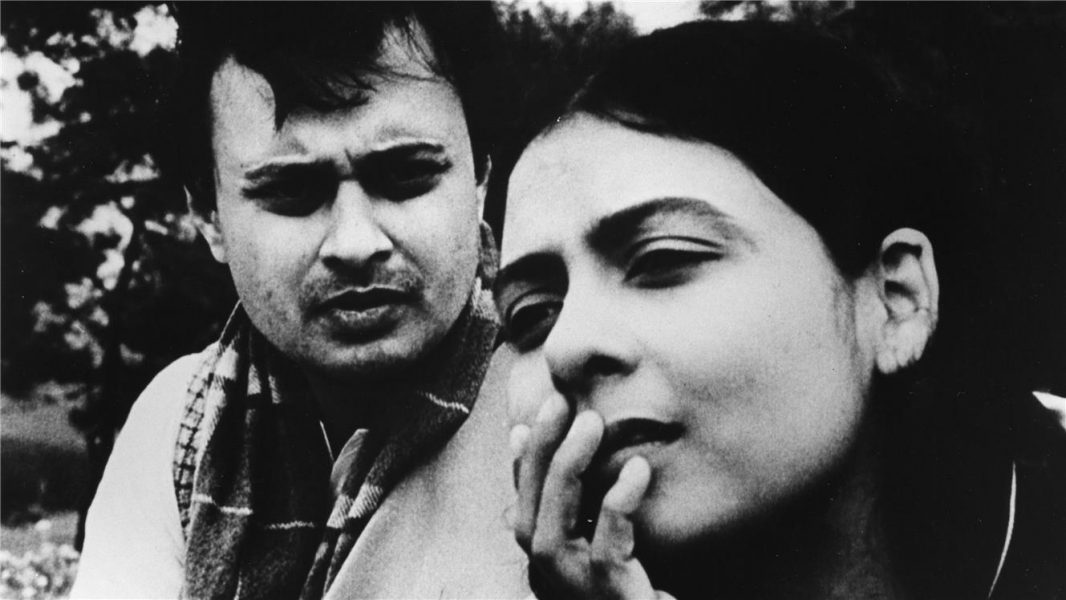 It is almost impossible to objectively talk about Indian cinema without deliberating on one of its finest exponents – Ritwik Ghatak. A hugely underrated global auteur, Ghatak is known for his genteel approach to filmmaking and undiluted dedication to realism. At a time when the Indian cinematic circuit was ruled by the often light-hearted Bollywood flicks; marked by largely absurd plotlines, immature acting and song-and-dance sequences; Ghatak’s films provided a whiff of fresh air to the serious moviegoers. Always languishing in the shadow of his more illustrious counterpart Satyajit Ray, Ghatak’s movies were no less brilliant in their depiction of the existing social realities. However, Ghatak and his contributions to the realm of cinema can’t possibly be separated from his magnum opus – ‘Meghe Dhaka Tara’ (1960), which is internationally known as ‘The Cloud-Capped Star’. A film that perfectly chronicles the quintessential tragedy associated with the ‘Partition of Bengal’ subject to the ‘Partition of India’, ‘Meghe Dhaka Tara’ is deeply melodramatic and is widely regarded for its atmospheric cinematography.

The movie is not just an audio-visual marvel; it also wonderfully acts as a metaphor to represent the ragged condition of India after gaining independence from the exploitative and imperialist British dispensation. It is important to understand that partition, although not explicitly mentioned in the movie narrative, is evidently the overarching theme.

The central plotline essentially captures the trials and tribulations faced by a beautiful young girl, who is circumstantially compelled to become the sole bread-earner of an impoverished family. While the film revolves around the girl and her relations, the background score and the ambient visuals also point towards a certain rot in humanity that is brought about by desperation, poverty and a continued struggle for existence. The family consists of a father, a mother and their four children. The father has been rendered economically useless subject to an accident and hence the protagonist Nita is compelled to take up a job leaving her studies midway. While her elder brother Shankar is an aspiring singer and has practically disowned his obvious responsibilities, her younger brother Mantu is rogue and has gone astray.

The film also brilliantly portrays the selfishness of Nita’s mother and her sister Gita. In a way, the movie aptly rejects the then existent myth concerning Indian and more particularly Bengali feminism. One of the most interesting characters in the movie happens to be Nita’s boyfriend Sanat, a person so meek so as to evoke audience apathy. When Nita expresses her inability to tie the wedding knot with Sanat subject to familial compulsions, Nita’s sister practically seduces him to marry her and take up an employment. The entire act is tacitly supported by Nita’s mother. Although the father is apologetic about the sacrifices that Nita has been forced to make for the family, he does little to resurrect the situation.

The only person who, albeit not doing anything about it, is empathetic about Nita’s situation is her elder brother Shankar. However he is careless and mostly concerned about making a career in music. The movie is also beset with definite surrealist intonations. While sounds of whiplash punctuate the scenes of personal losses for Nita, typical Bengali sacrificial music plays in the background. The final scene shows the protagonist making an impassioned plea for living further while being fatally ill with tuberculosis. This scene has been consistently ranked as one of the finest scenes not just in Indian cinema but cinema from all across the world. 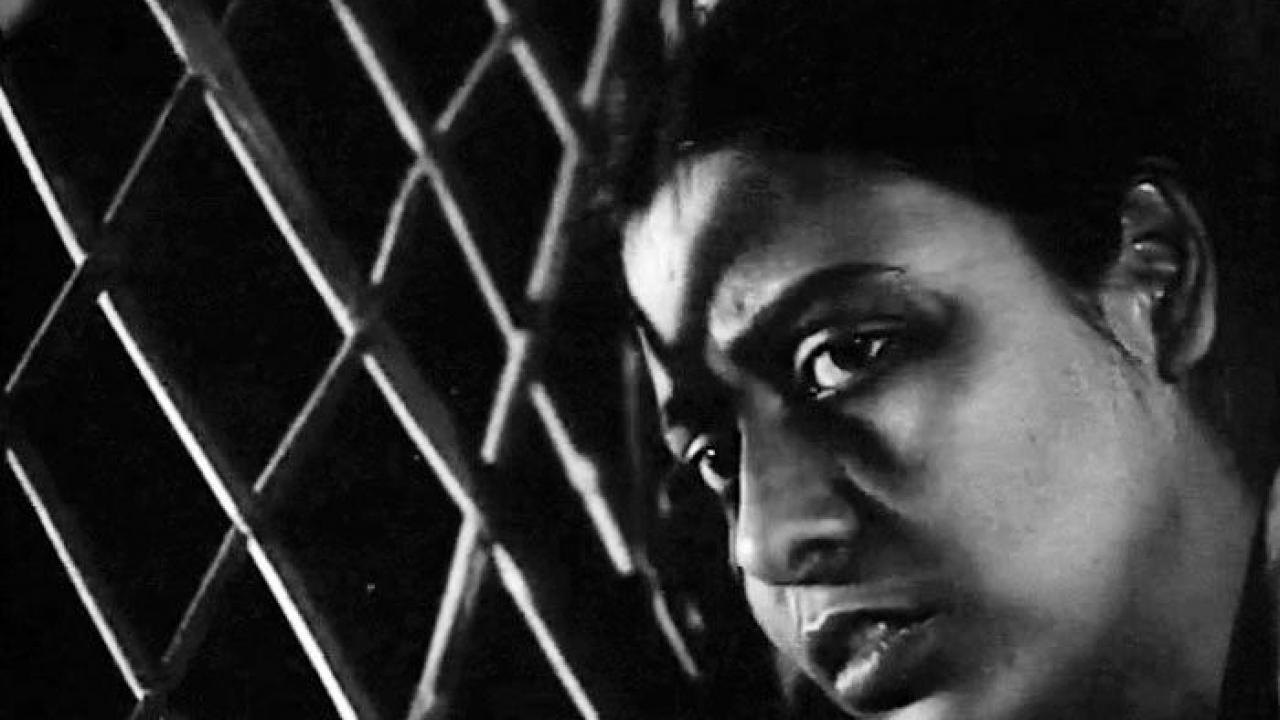 The film is a subtle commentary on the societal rot that accompanied the relocation of hundreds of thousands of refugees from East Pakistan to West Bengal. While most of Ghatak’s works dealt with partition, ‘Meghe Dhaka Tara’ is also a tribute to the French New Wave, which was a distinct influence on Indian realistic cinema; the biggest doyens of which were the likes of Ray, Ghatak, Mrinal Sen and Guru Dutt.

The movie has also been appreciated by critics for its unique mise en scène. One of the scenes from the film portrays the juxtaposition of sound emanating from a moving train with that of Indian classical music, reminiscent of the German Expressionist movement. The universality of Ghatak’s evidently personal piece of work is not in its explicit narrative but in his ability to showcase the reality, smacking of some sort of literary lyricism. It could also be construed to be a statement against the familial system, something that had hardly been put under the scanner till then. Personal ambitions and welfare are stunted by the demands of a family that only believes in exploitation. If we were to give it a little more political colouration, the film could also be described as an allegory to represent imperialism at a micro level. The intrinsic middle-class values are shown to be constrictive and twisted. While Ray always emphasized on the primacy of cinematic content and theme, Ghatak’s absence of subtlety could be considered to be an intentional one. The movie is truly a masterpiece for it necessitates many viewing to delve into its ingrained multiple layers.

Supriya Choudhury, playing the role of Nita, turned in one of the most memorable performances of all time. It remains an acting feat till date. Anil Chattopadhyay plays the role of Shankar with absolute élan, which constitutes one of the high points of the movie. However Gita Dey, acting out the part of the conniving and selfish mother, could be truly considered to be the film’s USP. Dinen Gupta, who was the cinematographer of the film, was ably assisted by the filmmaker himself and the result is this magic that we see on screen.

The Sight & Sound poll ranked ‘Meghe Dhaka Tara’ as the 231st best film of all time in 2002. It was also included in the book ‘1001 Movies You Must See Before You Die’. The book was edited by renowned film scholar and historian Steven Jay Schneider. It is also pertinent to mention that the film was part of a trilogy that also includes ‘Komal Gandhar’ (1961) and ‘Subarnarekha’ (1962). All the three movies deal with the ‘Partition of India’. ‘Meghe Dhaka Tara’ continues to remain a timeless classic now and would be so for many more years ahead!