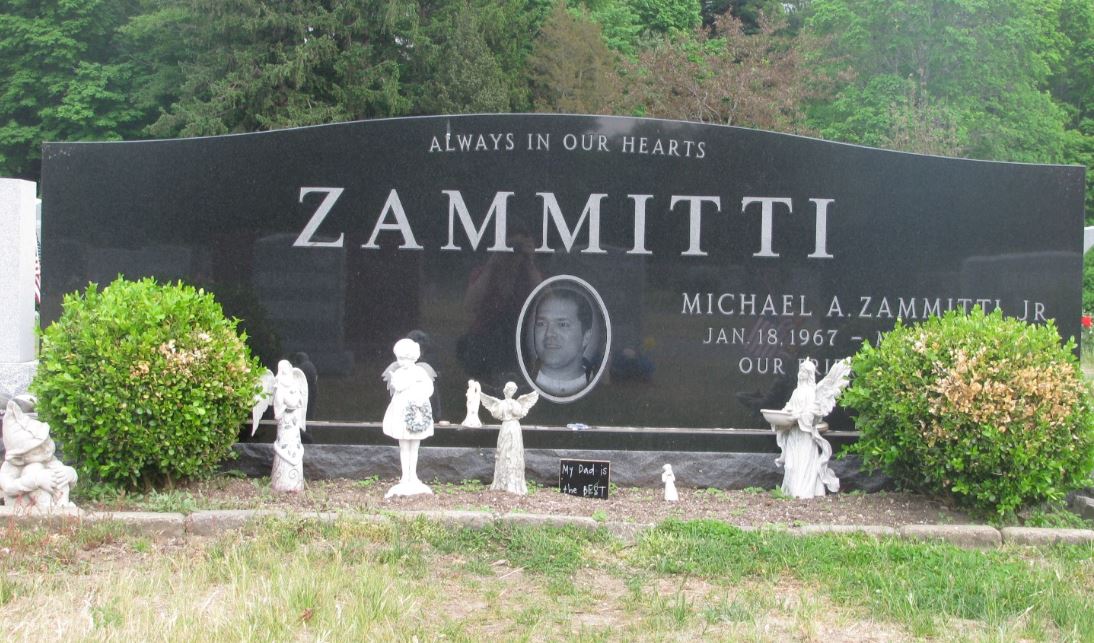 Love and jealousy have often acted as catalysts driving humans to commit unspeakable acts of violence. This is exactly what happened in the case of Michael Zammitti Jr., a young father who was shot in his office in Wakefield, Massachusetts in March 2006. Chester Roberts was killed because he was simply in the wrong place at the wrong time.

Investigation Discovery’s ‘Nightmare Next Door: Death Takes a Toll’ meticulously covers the tale of complex relationships which ultimately resulted in the tragic death of two people, relaying the age-old motives of jealousy and love. So, let’s dive in and learn about the identity and current whereabouts of the perpetrator, shall we?

How Did Michael Zammitti Jr. and Chester Roberts Die?

Michael A. Zammitti Jr. AKA Mike was the son of Michael A. and Patricia (LeFave) Zammitti of Wakefield, Massachusetts. Ever since he was in school, Mike had a great interest in his father’s work – Michael Sr. ran Allstate Concrete Pumping Inc, a big dig contract firm. While his friends went to play after school, Mike headed to the concrete pumping company. He had learned to drive the big rigs even before he was eligible for a driver’s permit.

Mike never went to college but had immersed himself in the business with Michael Sr. Allstate Concrete soon became a father and son outfit. While at a job at the airport, the gentle and non-confrontational Mike met Michele Begin, a soft-faced truck driver. The two fell in love and were married, giving birth to three children – Julia L., Maria L. & Michael A. Zammitti, III. Life was good, with Mike buying a vacation home down the same street where his parents owned another on Lake Ossipee in Freedom, New Hampshire.

On March 13, 2006, the Zammittis and their part-time handyman and driver, Chester Roberts, were due at their 17 New Salem Street office in Wakefield at 8 am. However, Michael Sr. got held up by a telemarketing call and arrived a few minutes late. He first found 51-year-old Chester’s bloody body in the garage while entering the office building. A visibly shaken Michael Sr. called 911 to report his discovery and rushed up to the second floor to discover the body of his 39-year-old son, shot in the face.

Police arrived at the scene, and the autopsy reports showed that both the victims had been shot with a 16-gauge shotgun. While Chester had been shot in the back, Mike had been shot twice in the face. From the nature of the wounds, the investigators determined that Mike was the primary target, and Chester had probably met the killer(s) coming down the stairs. He had tried to flee, explaining the bullet wound in his back.

The Zammittis had received a threatening note long back, and the investigators initially thought some competitor to be involved in the hit. They hypothesized that Michael Sr. might have been the real target but he was late, and his son faced the wrath. However, none of the leads panned out, and the police had to turn their focus on Mike’s family and friends instead. It was Patricia who pointed them towards a new suspect, which helped the investigators crack the case.

One of the investigators said, “Michael Zammitti Jr.’s mother had indicated to us that there was a person–in Freedom, New Hampshire named Sean Fitzpatrick and that on one occasion, she had seen her daughter-in-law in an embrace with Sean that she deemed, in her opinion, to be inappropriate for a married mother to have been in.” Michele confessed to the affair — with Sean being over most of the time at their home in Freedom and Mike being away most of the time for work.

When police drove over to question Sean, he was prepared with two alibis. He claimed that his longtime neighbor, Gert Ducharme, had seen him at around 9 am on March 13, 2006, thus making it impossible for him to commit the double murders. He also claimed that he had received a phone call in the morning, which served as his second alibi. But his claims were refuted when the police checked his cell phone records and talked with his neighbor. Gert told the officers that she had seen Sean between 10 and 10:30 am, while his cell phone records state that his phone was switched off until 9:45 am.

The discrepancies further made him a bigger suspect. On March 29, 2006, the police had gone to Freedom to investigate a series of suspicious burglaries, one of which included a stolen 16-gauge shotgun from Michael Sr.’s house. While looking over at Sean’s next-door neighbor’s home, the police found a green Ford F150 pickup truck with an extended cab. The vehicle was similar to the one the investigators had found while checking surveillance video of the crime scene.

The truck belonged to Fred Martin, an ex-Marine, who had been in Florida the whole time. He checked his E-ZPass account to find a transaction on the morning of the murder. The police also found Fred’s transponder recording to state the same, and it was confirmed by the investigators that the killer had used this vehicle. With Sean becoming the primary suspect in the double homicide, he refused to help the police further. However, the police picked him up for driving with an expired driver’s license and managed to get his fingerprint in due process.

They found the fingerprints matched that on the threat letter the Zammittis had received. They also took the DNA of a sympathy card that Sean had sent to Michele and found it matched the DNA in Fred’s truck, though Fred had never allowed Sean inside his truck. Sean, 44, was arrested on June 6, 2006, and charged with the double homicide.

Where is Sean Fitzpatrick Today?

Sean Fitzpatrick had his first trial in August 2008 but it was declared a mistrial after the jury could not reach a unanimous verdict. He faced his second trial in February 2009 and was finally convicted of two counts of first-degree murder by a Middlesex Superior Court jury. He received a sentence of 2 consecutive life sentences without eligibility for parole. As per official court records, he is presently serving his sentence at Massachusetts Correctional Institution – Shirley.