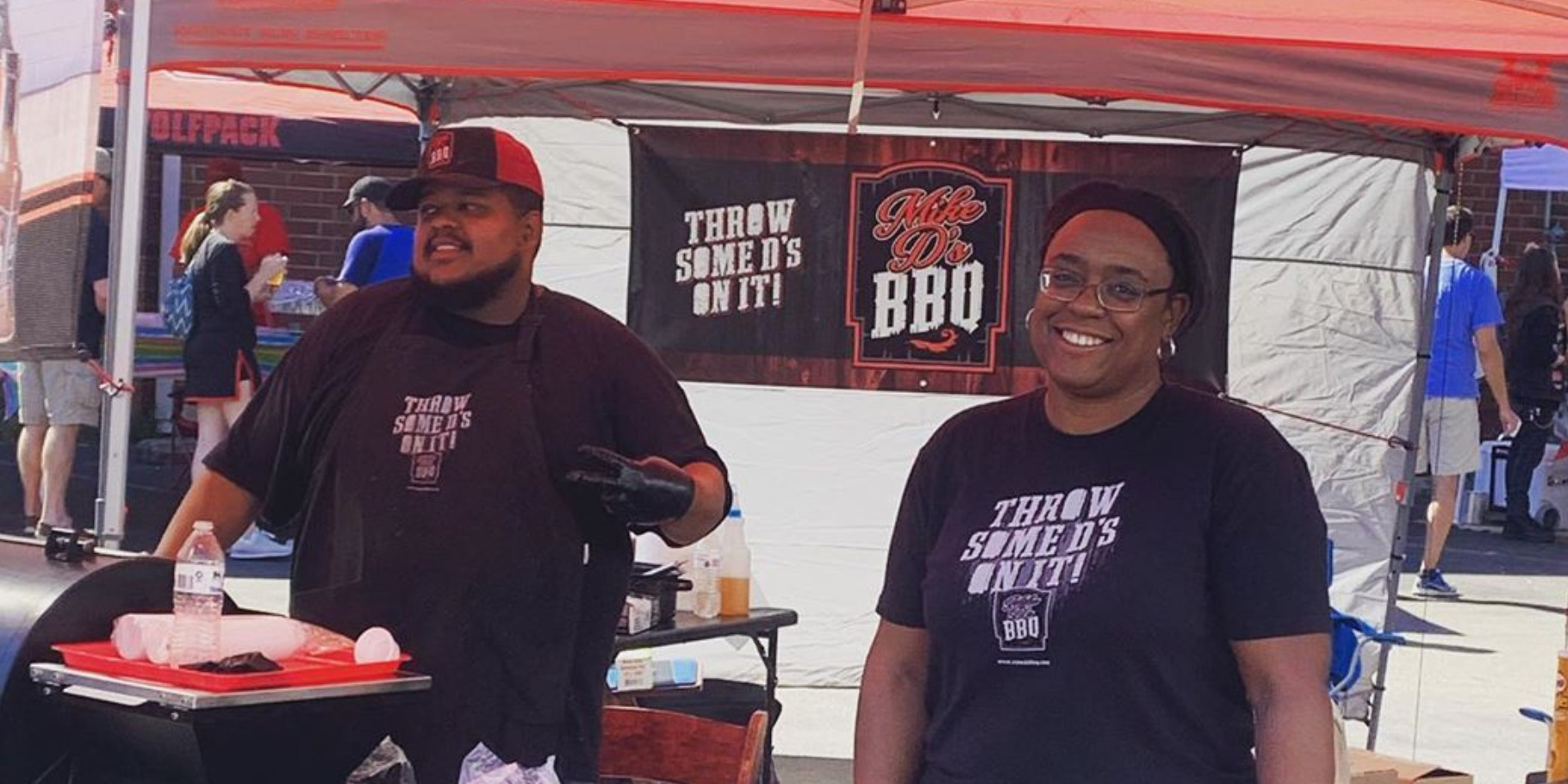 Discovery’s ‘I Quit’ is a reality series that follows six up-and-coming entrepreneurs as they take a leap of faith by giving up their 9-to-5 jobs to pursue their inner calling. The series documents the life-changing journey of the future business owners as they set out to convert their passion into a full-time source of income, under the guidance of some of the most successful business tycoons. One of the pairs to feature on the show is Mike and Gloria De Los Santos who aim to upgrade their small BBQ sauce business to a BBQ retail store. Curious to know their story? We have got you covered.

Who are Mike and Gloria?

Michael De Los Santos and his wife Gloria are owners of a small but thriving business that sells delectable signature BBQ sauces and powder rubs under the name, Mike D’s BBQ. The couple hails from the city of Durham, North Carolina, and as you may have figured already, the brand is named after Michael’s nickname, Mike D. Mike and Gloria have two beautiful daughters. Here’s a picture of Gloria, Taylor and the youngest De Los Santos!

As a BBQ enthusiast, Mike would spend hours tasting various sauces and rubs available in the market looking for the ideal one, concerning flavor. He always dreamt that one day, he would create his own sauce, which would be a perfect combination of sweet, spicy, and bite. In 2009, Mike’s homemade spicy BBQ won the third prize at a sauce-making competition in North Carolina. The sauce maker’s friends backed Mike to start a full-fledged business but his apprehensions held him back.

In May 2012, a tragedy struck the De Los Santos household, when Gloria and Mike’s six-month-old son, Aaron Da Sean, passed away. Aaron’s demise inspired Mike to let go of all the inhibitions and be the best version of himself. With the support and encouragement of his family and loved ones, Mike followed his passion and launched his own business, Mike D’s BBQ, in July 2014, to honor his son’s memory in the best way possible.

Mike D’s BBQ puts a personal twist to the traditional BBQ sauce with its all-purpose dry rub barbecue seasonings and flavorful sauces that don’t mess with the authentic flavor of the chicken, pork, vegetable, etc. The catchphrase of their BBQ production line is “Throw Some D’s On It!” The couple managed to meet their sales goal in the first year of business and has been thriving ever since by producing and selling several varieties of sauces and power rubs. Since their launch in 2014, they have participated in many competitions and their brand has won over a dozen awards, including the Best BBQ Sauce Award at the 2019 Metro Cooking DC BBQ Bash.

It looks like happier times are around the corner for fans of Mike D’s BBQ as for the past few months, Mike is busy setting up the shelves and other furniture at the supply store he is about to open soon. That implies that Mike has quit his previous job and has fixated his focus upon his retail store.

In July 2020, Mike shared a picture of the keys to his store, along with the caption, “Who got the keys to the…..keys in hand now the work begins to get Mike D’s BBQ Supply and General Store open!”

It is located at 306 South Driver Street Durham, NC, US 27703. Mike and his eldest daughter Taylor have been working day in and out to get the store ready. Here’s a video of the father-daughter duo, coating the floor of the store for the second time, for a better finish!

Mike is targeting Labor Day weekend for opening the doors to the customers, and the store appears to be coming together pretty nicely. On August 16, 2020, Mike shared an update with his followers, and according to the layout, it looks nearly done.

So stay tuned people, Mike D’s BBQ Supply and General Store is about to open soon!