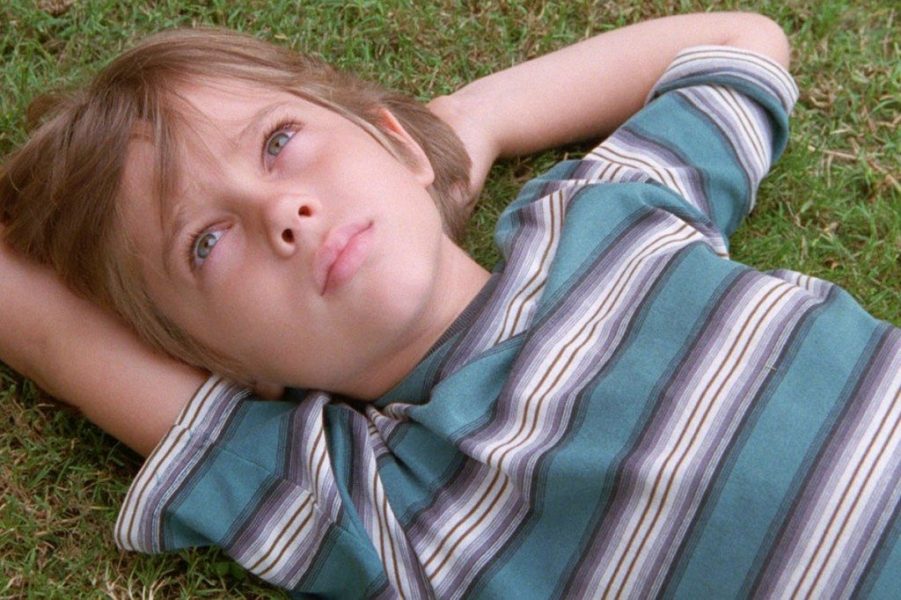 As I was watching the final reels of Boyhood (a scene where Mason, an 18-year boy, is packing his belongings and preparing to leave his mother to study in college), I saw a middle-aged lady sitting in front of me wiping her tears. Moments later, I was doing the same. We both felt heartbroken at the same scene, albeit for different reasons. And that’s what is so strikingly magical about Boyhood. It doesn’t matter if you are somebody’s son, daughter, mother, father, brother, or sister. You will come out affected, even changed, as you watch the film from a perspective you choose to.

Filmed over 12 consecutive years, Boyhood is the longest shot film in the history of cinema. And the results are magical, to say the least. You see all the main characters age in front of your eyes in a span of 3 hours. (Not what you are used to seeing in movies where a child actor is employed to play the hero’s younger self. Here, both the younger and older selves are played by the same actor(s)) To be honest, any amount of words will fall short of describing the beauty, the tenderness, the epicness of Boyhood. A film so deft in its design and so fluid in its rendering that you might have to keep reminding yourself that what you are watching is a fictional family’s life captured on cinema and not the reality of life itself after a while.

Boyhood follows the story of a family whose youngest member, Mason (Ellar Coltrane), is the central character (he is 6 when the story opens and 18 when it ends,) though the film is not only about him. The film is also about his sister, who herself grows from 8 to 20. It’s also about his mother, Olivia (Patricia Arquette), and her struggles with career, men, and raising two children. Finally, it’s also about his father (Ethan Hawke), who has divorced his mother and comes every once in a while to spend some fun time with him and his sister.

The best feature of Boyhood is that it derives beauty, joy, and emotion out of the ordinary lives of people. It’s fascinating to see how, from scene to scene, there are changes in the physicality of characters and transformation in their fashion, hairstyle, taste in music, and in general, perspectives about life.

It doesn’t matter which country, city, or neighborhood you grew up in, you will associate yourself with Mason, and the twinkle in his eyes, and the countless hopes and dreams in them, unmarred by the cynicism of the world around him. Though, as Mason becomes an adult, you realize, he is different from most young adults of his age. He doesn’t let the cynicism around him affect his worldview. As his teen girlfriend put it, “You are weird.” Most of us will try to run away from that identity. But, not Mason. His teacher warns him that his passion for photography isn’t going to take him anywhere. Most of us will pay heed to the advice and relent. But, not Mason. He decides to follow his heart. Perhaps this is the biggest life lesson out of Boyhood: Don’t let the world around affect the dreams you saw as a child, as a boy, or as a girl.

But having said that, don’t lead yourself into believing that Boyhood is just about a young boy’s dreams and ambitions. It’s so much more than that. Boyhood is also a fond reminder of the bygone years of uninhibited joy, unwavering optimism, and bubbling innocence, when we lived a free-spirited life unadulterated by the responsibilities and worries that plague adulthood. Believe it or not, Boyhood is as much about parenthood as it is about Boyhood. If anything, it might be a more cathartic experience for parents to watch this film. To see your child grow up, stumble and then get up, and then finally, to see them depart on a journey of their own, could be both painful and prideful. At the end of it all, Boyhood is about growing up: be it a child growing up to become an adult, or parents growing up to meet the needs of children and vice-versa.

With Boyhood covering so many spectrums of life, it’s befitting that it has turned out to be a film with a wide array of emotions. So, it is affecting one moment, and uplifting, the very next; it’s sad one moment, and funny, the very next. One scene where the father tries to explain to his teen daughter about sex and contraceptives is particularly hilarious. Then, in a gorgeously shot scene on the streets of Austin, Mason, and his girlfriend roam around carelessly and then wait for sunrise on a terrace — a scene very reminiscent of Before Sunrise. I can go on and on, but it’s an experience that needs to be savored first hand.

It’s pretty evident Richard Linklater, the director, sees himself in Mason. He ventured into making films pretty young, not caring much about education or a degree. I am sure he would have faced challenges around him not very dissimilar to Mason – working single mother, migrating from one city to another, and a dissuading society. And there are stamps of him throughout the film, especially in the long conversations that he has become so masterful at — not surprisingly, considering he has Before Sunrise, Before Sunset, and Before Midnight on his resume. Though, while in Before series of films, he captures moments in time, separated nine years from one another, in Boyhood, he lets the time flow over 12 years. And time will itself do justice to this film when it will be referred to as Linklater’s masterpiece several years from now.