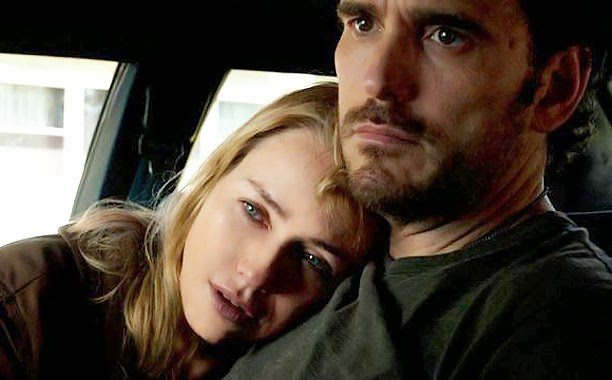 Purpose of cinema is difficult to define. Most of them are made for entertainment and only some for enlightenment. Sunlight Jr. surely belongs to the latter category and it is made clear right from the outset that the film won’t cater to pleasure seeking audiences. It’s grim and dark, most of times sad with little, tiny chunks of humor sent in. Though to its credit the film does manage to affect and move you, which was the sole purpose of the film to start with. In that sense, Sunlight Jr. does manage to achieve what it set out to – to enlighten us with the plight of marginalized, and how most of us take the comfort of life for granted.  At the same time, film hides no bars in clearly being critical of the state of US governance especially in the area of healthcare. This couldn’t have been more apparent in the film, when one of the hospital scenes opens with the shot of American flag. It’s really sad state of affairs when the most powerful and rich nation in the world can’t devise a healthcare policy which is within the reach of poor.

Sunlight Jr. never shies away from the grimness surrounding Melissa (Naomi Watts) and Richie’s (Matt Dillon) life. Even if it means giving audiences no ray of hope to which they can look up to. It’s pretty relentless in that way. Though one can certainly appreciate and take strength from the courage which Melissa displays despite being surrounded by bleak future and utter hopelessness.

Which brings me to the performances, especially of Watts, who shines through out the film. Its highly appreciative of Watts to choose to do such a film even at her career’s peak, and not only do it, but also do it with selfless conviction. Her Melissa is a portrait of a woman brimming with absolute courage even in the midst of chaotic present and dark future. Till now,we already know that Naomi Watts is the go to girl for directors when it comes to playing broken down women,but this character which she plays is more defined by her strength than by her grief.

Matt Dillon is great too, in the role of paraplegic who believes more in saying than actually doing. His love for Melissa is unquestionable, but the same can’t be said about his desire to sustain or the will to attain stagnancy. In spite of the flawed character that he is, surprisingly Richie is also likeable. Norman Reedus gets one scene to do justice to his talent but otherwise he is mostly non-existent in the film.

Overall, Sunlight Jr. is a small little film that may not be a exceedingly pleasant viewing experience, though it might very well be a necessary one. And can we show some awards attention towards Naomi Watts please.