Review : ‘The Lunchbox’ is Heartwarming and at the Same Time Heartbreaking 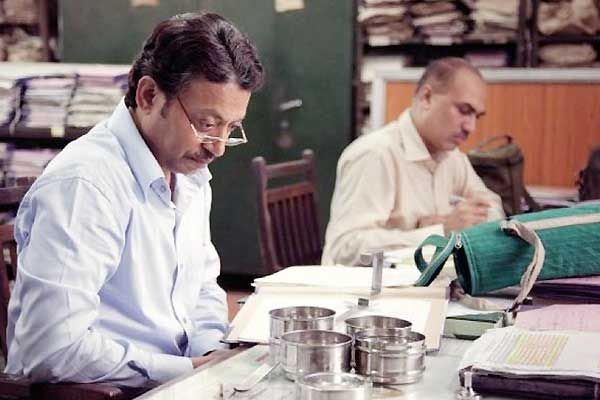 It’s easy to get lost in the chorus of your routine life, while forgetting or even neglecting any desires that might have been thriving within subconscious for an interminable time. For some, the dormancy of those desires may lead to its ultimate death while for others, those desires only need a spark for its re-ignition. In equal parts delightful and affecting, The Lunchbox tells a heartwarmingly engrossing tale of two individuals, both of whom find that elusive spark, missing from their lives, in each other’s words. The Lunchbox is also about hope and the everlasting desire of humans to be loved. In the film, the two lead characters find hope in the form of newly found source of love, which helps them break the shackles of mundanity in their respective lives. With an unusual but charming romantic tale of two lonely souls, The Lunchbox is a surefire way to treat your cinematic buds with the most delectable delicacy you will get to taste in a while.

There is nothing more haunting than melancholy of loneliness – a malaise that doesn’t have any easy cures, especially when you are at the dusk of your working life. Saajan [Irrfan Khan], a widower and who’s about to retire from the job which he served for 35 years, is suffering from the same malaise of loneliness which also has other side-effects like leading a joyless, hopeless and nostalgia-filled life .  He is disinterestedly going through the motions of life until the remedy to his malaise comes in the form of ‘dabba’.

On the other end of bustling city, is a housewife, Ila [Nimrat Kaur] who’s dealing with her own set of issues, prime among them being the monotonicity of a married life, and an unsatisfied husband. To gain back his attention she chooses the path to heart through stomach and in her quest to do so, she starts preparing special lunches made with utmost care. However, as luck had it, the usually and extraordinarily reliable dabbawallas mistakingly deliver the lunchbox meant for Ila’s husband to Saajan. On realization that her lunchbox went to someone else, she puts a note in the lunchbox, and then begins a series of charming, revealing and sometimes moving conversations through exchange of notes between Ila and Saajan.

The Lunchbox’s strength is its simplistically told tale with tenderness and an emotional undercurrent that holds your interest till the closing reels. It’s as much an achievement of no-frill story-telling as it is of finely niched characters. And the actors do more than a wonderful job to bring the characters to life. Irrfan Khan brings fine nuances to his role while ensuring that you wholeheartedly remain connected to Saajan. Nimrat Kaur is exceptional in her exuberance and vulnerability as an average housewife. Nawazuddin Siddiqui is also as usual reliably good in a new talkative avatar.

First time film-maker Ritesh Batra instills the film with flavors of Mumbai-ness without exploiting the typicalities that an International audience associates with the great city [Read: poverty, slum, high-rise buildings] and what better way to represent Mumbai than delve into the art of dabbawallas who are a global symbol of quality. While maintaining subtleness and delicateness in the camera-work, he allows the visuals to speak for itself. The same can be said about music, which is un-infringing and usually has a more atmospheric quality about itself. Combined with the undeniable charm of its story, warmth in the story-telling and superior quality of its technical aspects, The Lunchbox is sure to have a universal appeal and will be loved all across the globe. It goes without saying that The Lunchbox is best Indian film of the year. The drought after Lagaan is about to end as for the first time in last 12 years, an Indian film will have a realistic shot at getting nominated at the Oscars for Best Foreign Language Film (if submitted by Indian selection committee). The reason I say this with confidence is not only because it’s a well-made film, but also because amidst plethora of dark and heavy dramas that Academy members will be seeing, The Lunchbox is one film that’s definitely going to leave them with a smile on their faces and hope in their hearts.