‘The Wolf of Wall Street’: Arguably, the Bravest Film of Martin Scorsese 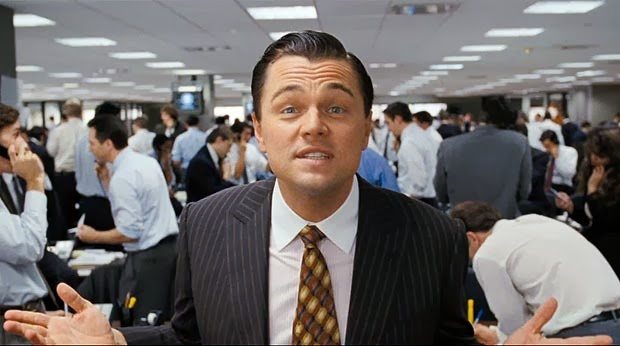 Martin Scorsese in a career expanding more than 4 decades has made countless number of memorable film, each remembered for their own good reasons. But the commonality among all of them is fearlessness. Each of his films from Taxi Driver to even recently made Hugo speaks volumes about how fearless Scorsese has been with his choices. Even after making plethora of brave films, ‘The Wolf of Wall Street’ might very well be his boldest till date. It’s more because of the manner in which he chose to tell the story of Jordan Belfart, than the story itself. Wildly crazy, rapturously engaging and insanely funny, The Wolf of Wall Street is an unbridled tale of misdirected ambition and uncontrollable greed, but mostly it’s about intoxicating effects of money, and the ultimate seductress that money is. Based on true-life events of stockbroker Jordan Belfort, ‘The Wolf of Wall Street’ is so over-the-top wacky that at times it’s unbelievable that what you are seeing on screen actually happened. But this tale of excesses comes with a caution. Scenes of incessant debauchery, frenzied drug fueled hilarity, free-flowing sex and objectification of women might not be for the weak-hearted. Though who do manage to sit through this 3-hour epic, will find it an incredibly fun-filled ride while also witnessing at its center, possibly the best performance of Leonardo DiCaprio till date.

While the film might be unapologetic about its subject, very purposefully so, actually it wants you to look at a man who is driven by money, sex and drugs in the most farcical way possible without actually getting inspired by him. Though, it’s hard to resist the charm of Jordan, but will you want to follow him? Definitely not.

The Wolf of Wall Street is as much a daringly audacious film as it is deliriously funny. It never shies away from going all the way out, even if it means turning the events weirder and weirder. After all, truth at times is stranger and possibly weirder than fiction. Here’s where a wimpy director would have been scared to take the risk. But not Scorsese. He pushes the limits until you inadvertently utter “What the hell”. And that’s not purposeful as much as it is necessary.

The Wolf of Wall Street couldn’t have been half the film it is, without the eclectic and pumped-up performance of Leonardo DiCaprio as Jordan Belfort. He explodes on-screen with his unstoppable energy and unflappable enthusiasm. Watch him in one of the scenes, which is certain to gain an iconic status, where he in a state of drug-infused craziness tries to crawl to his car. It’s easily the best “Rolling on the floor, Laughing” moments of this year in films. Jonah Hill is brilliant too and matches up to Leo’s bravura with his own inimitable style of acting. Magrot Robbie as Jordan’s wife Naomi is sheer revelation. She is given a great part to play, & she does full justice to it.

In the year of great movies, add another name – The Wolf of Wall Street. It’s blatantly honest. And it’s blatantly mad. Go, get wasted.