15 Bad Movies That Killed Their Franchises

Movie franchising is the new thing on the Hollywood block. Sequels, prequels and reboots are all we usually hear of nowadays. And why not? Not only are they good for the studios with a commercial point of view, they also easily draw viewers in large numbers. Thanks to excessive fandom, film studios now know what audiences want and they know just how to keep them hooked. If we also include shared universes, in box office terms, franchises are the only thing selling and we hardly find more than a dozen commercially successful global hits a year.

Nevertheless, it is not easy to set up a movie franchise. Also, keeping up with viewers’ expectations and keeping things fresh requires a skill that unfortunately not everyone possesses. So blindly treating franchises as cash cows can end up costing studios a lot in terms of opportunity cost, let alone actual losses. And hence, they need to be extra mindful while handing out such projects to directors. In this list, we are compiling worst movie sequels that killed their franchises. We have excluded standalone films that had future plans and shared universe projects for the list. Also, we have excluded some films like ‘Sin City: A Dame to Kill For’ that still have not officially ended.

The first film, ‘Charlie’s Angels’ was a surprisingly successful commercial film. Capitalizing on the popularity of the 80s show by the same name, the film successfully drew crowds. Also, the A-list star cast was helpful in generating business. Despite being a critical disappointment, the film had done well enough to guarantee a sequel and when the sequel hit theaters, the audiences weren’t kind enough and did not fall for the same senseless sexualized action flick for the second time. The less than expected collections ensured that the studios moved on to something different.

When director Paul Anderson decided to adapt one of everyone’s favorite video game for the big screen, fans got excited and curious to watch their favorite characters in a gory live action format. The film was a mediocre success and mainly driven by the loyal fanbase of the video game. However, when a sequel was decided, almost all the cast members were replaced and the poor CGI was met with massive disappointment. And since then, touching upon content with a cult following has always been a matter of concern in Hollywood. Neither did a third installment hit screens nor did many more video game based films follow.

‘The Blair Witch Project’ was a mega success. It was so successful commercially and critically that the studio just wouldn’t have refused a sequel. However, despite realizing what made the first part and fellow film, ‘Paranormal Activity’ so successful, the producers deviated from the found footage format and moved in the direction of traditional horror. This, on top of a poor script and a senseless story, resulted in a massive let down and killed what could have been a franchise at par with the Paranormal Activity series.

‘Conan the Barbarian’ was an instant hit. It launched Arnold Schwarzenegger’s career and collected decent sums at the box office. The R-rated flick surprisingly grew immensely popular among males and gave way to a generation of gym going and body building young men. However, when studios decided to go ahead with the story and draw even more audiences by making it more family friendly, they ended up removing everything charming about the macho flick. A sequel has only been rumored ever since and doesn’t seem to arrive anytime soon. 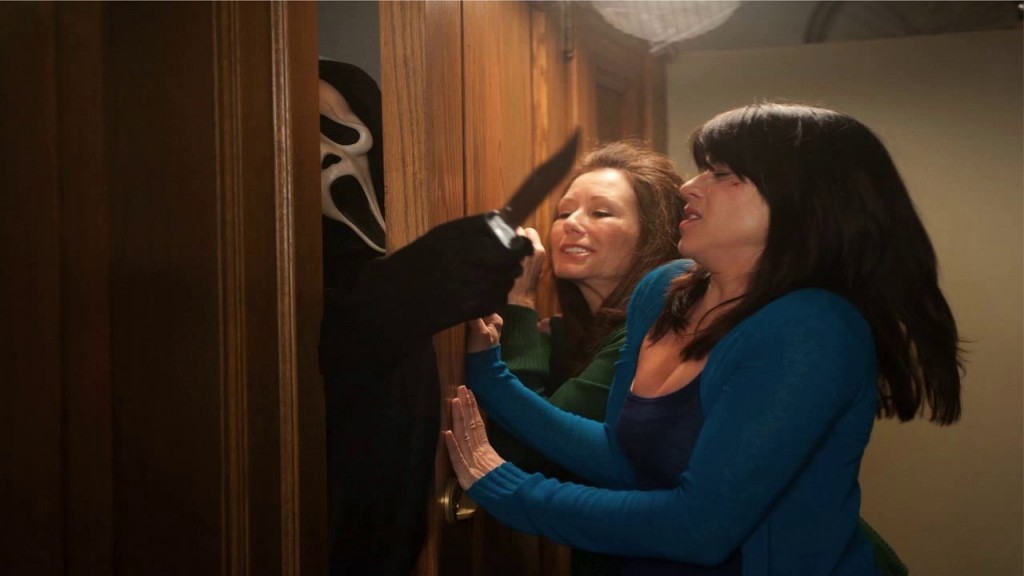 Credited with popularizing the slasher/thriller genre, Wes Craven’s ‘Scream’ was a massive success and its cult popularity provoked not one but three sequels. Despite the return of the director and original cast including Courtney Cox, the film tanked at the box office. The viewers were tired of the same old tricks and similar plot lines and expected something new. A mistake they realized later, a ‘Scream’ trilogy would have been decent and sufficient.

If you grew up in the 90s, you’d probably be familiar with this elite superhero team and the terrifying supervillain, Silver Surfer. However, fans had tolerated the first installment and when the studio didn’t stop interfering with the second one as well, the fans let them know what they wanted. This is something that Hollywood has still not understood, as evident by the latest 2015 reboot. It would probably be the best if the franchise were to be handed out to Marvel Studios instead. Nevertheless, you don’t need to worry about any bad Fantastic Four movie coming anytime soon.

This was a rather unfortunate franchise. The widely loved character of Lora Croft was played by Angelina Jolie in one of the best casting choices. The first film got fans excited and despite poor reviews, did decent business. The second one, although critically better received could not repeat the financial success of the original and the planned third part was never made. The 2018 reboot starring Alicia Vikander seems promising, though.

While everyone is getting excited about Marvel’s ‘Black Panther’ for a black lead in a superhero flick, Wesley Snipes has been there and successfully done that in the Blade trilogy. The first two films were instant hits and as the studios starting pumping up the budget for subsequent installments, the fan following also went up. However, the third part faced production difficulties. The most significant was a legal battle between Snipes and the producers over payment. The third film tanked, critically at least and the planned fourth part, supposedly on Ryan Reynold’s character, never happened.

A genius named Steven Spielberg came out of nowhere in 1975 and made ‘Jaws’ at the age of 30. The film is of immense significance to Hollywood. Apart from being a fantastic thriller, an epitome of using background score in films and brilliant animatronics, the film started the concept of the Summer Blockbuster, something that has been relevant till date. However, Hollywood is all about business sometimes, sadly. And they proved it by milking this cow dry. They made 3 sequels to the classic. And all alike. But the fourth one stood out by crossing all limits and featuring an angry shark out for revenge. Because apparently, a normal shark was not scary enough anymore. Studios really need to understand when they are stretching things a bit too much. Fortunately, we did not lose the original classic in the dirt of its sequels.

I personally admire the alien series a lot. Not only were the first two installments revolutionary in the cinematic world, but also the series has had three of the greatest directors alive onboard: Ridley Scott, James Cameron and David Fincher. Fincher’s installment was lackluster and was an indication to studios to take a time out. However, they shortly announced this fourth installment and it made sure that the series halted thereafter. Ridley Scott did return with his prequel series a decade later but the original series has not seen a new installment since Resurrection. 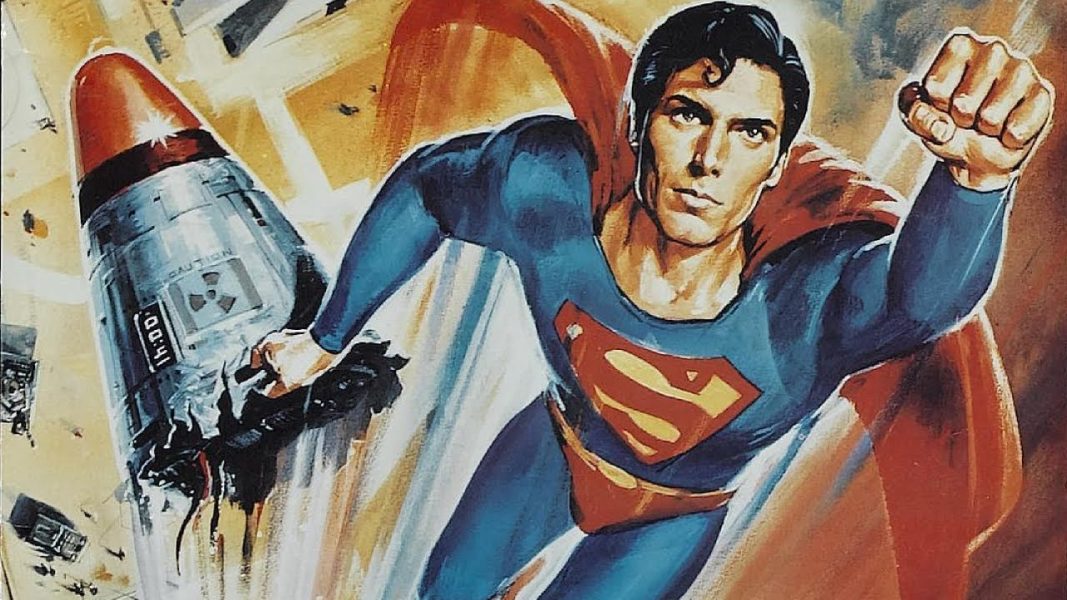 For many, Christopher Reeves is the definitive Superman. However, when he put on his suit for the fourth time, things didn’t quite work in his favor. The film was produced on a lower budget than the earlier installments and the storyline and plot were not very pleasant. Needless to say, the film pleased neither fans nor critics and the fifth installment was shelved. For 20 years, Superman was nowhere to see until 2006’s ‘Superman Returns’ and ‘The Quest for Peace’ is to be blamed for putting a standstill to the original series.

The film series started in 1979 and has legions of fans across the globe. After a successful run of 9 installments, when the tenth one hit theaters, it was in an already tough spot. The fans were spread across generations and cinema had changed a lot in 2 decades. Hence, it was no easy task to please everyone and the film franchise was ultimately stalled after the 10th film before J.J. Abrams brought it back with his reboot series. 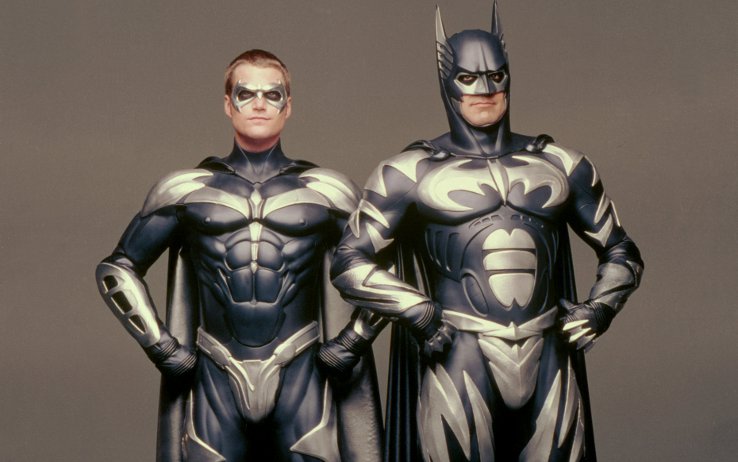 Batman has been one of the most iconic and beloved superheroes of time. It is also one of Warner Bros’ most precious assets. The character has almost always been around in multiple franchises ever since making its first appearance in 1943! One of the most influential series was started in 1989 after Warner Bros acquired Batman. Tim Burton cast Michael Keaton in one of the best casting decisions ever and the film was an extremely hyped and critically and commercially successful film. After ‘Batman Returns’ and ‘Batman Forever’, Joel Schumacher planned the fourth part and Warner made one of the biggest mistakes in cinema history. They cast George Clooney as the caped crusader. The film was met with extremely negative reviews and the star-studded film became the butt of all jokes. The studio went all out on making the film a commercial success and in the process, let go of some of the major themes of Batman. They added a little too much humor to the grim character just to attract kids. Fans retreated and Warner Bros had to wait until Nolan came to their rescue and resurrected the character’s status in pop culture. In other words, the fourth film screwed so badly that it took Christopher Nolan to dig Batman out of the grave.

1997 was a year of bad sequels, apparently. After Keanu Reeves starred in on of the best films of 1994, ‘Speed’, the sequel proved that Reeves was pivotal in driving the film’s success. After letting go of Reeves, the sequel had an identical plot, just on a ship. They tried to recreate the thrill and intensity of the first part but failed miserably behind unrealistic stunts and action. Simplicity is the key, sometimes. What worked wonders with a bus, sunk with a ship. I still remember the climax when the ship reaches shore and about a mile into the city. Ugh!

The original Spiderman series has been one of the forerunners in driving the modern superhero revolution in cinema. The first part in 2002 was a huge success and Spidey became everyone’s favorite superhero and Toby McGuire became our Peter Parker for good. The second part was even better. Critics loved it and so did the audiences. However, the third part was when things started going out of hand. Sam Raimi had successfully delivered twice but for the third part, he decided to pump things up. More villains, more action, higher budget. And Sony started growing more and more worried about the film’s performance. They interfered in every aspect and left little freedom to the director. Remember the out of place humor in the third part? An eventual fallout of the director and most of the crew with the studios resulted due to these creative differences and this is one good film series ruined by studio interference. Sony has not yet been able to recreate the success of the original series and it is about time they understood who the right people are when it comes to handling this tricky character.