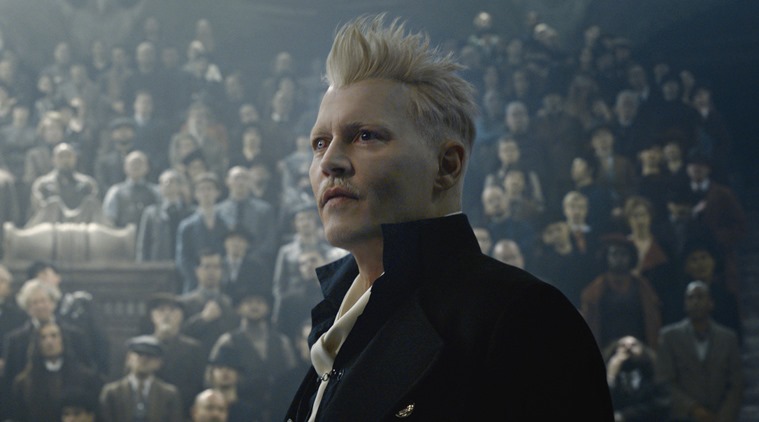 Acting, like any performing art form, is not an easy task. It requires an adequate amount of training and experience. An actor has to a go through a lot of barriers to become successful. Today we are presenting a list of actors, who chose a different path for themselves but ended up where destiny wanted them to be. They stepped out to become ordinary human beings, but were destined to become something greater. Here is the list of stars who accidentally became actors.

The backstory of this beautiful actress is short, devoid of real struggle, and is like a fantasy tale. Imagine that you are sitting at your house and some big shots come out of nowhere, and make you an offer you cannot refuse. Same thing happened with Dawson. At the age of 15, Dawson was sitting on the front porch, and discovered by photographer Larry Clark and his assistance Harmony Korine. Both of them were working on the 1995 movie ‘Kids’. This sudden discovery by them, landed Dawson in a supporting role, in the same movie.

Becoming a helping hand to someone, actually pays you back. After completing high school, Copley began his career as a TV producer. During this time, he met Neil Blomkamp, whom he assisted by providing computers, as the latter used to work as a 3D animator. But as time passed by, the latter ended up becoming the director of the sci-fi hit ‘District 9’ (2009). And guess what! Blomkamp returned the favor by offering Copley his first lead role.

‘Buffy The Vampire Slayer’ (1992), ‘Scream 2’ (1997), ‘I know What You Did Last Summer’ (1997), Sarah Michelle Gellar’s filmography is packed with horror films. The way this horror-slasher queen got her first role was a miracle. Just at the age of four, she got the attention of a talent agent, while eating at a restaurant. Even at that age, she was talented enough to impress director Mat Damski, who cast her in his 1983 TV film ‘An invasion of Privacy’.

Best known for the role of ‘Kate Austen’ in the famous TV series ‘Lost’(2004-2010), Evangeline Lilly had no intention of becoming a popular face. While walking on the streets of Kelowna, British Columnbia, Lilly was discovered by an agent working at the Ford Modelling Agency. She took the path of modelling just to pay her college fees. However, this unintentional choice landed her in several TV commercials and small roles, until the release of the above mentioned TV series in 2004.

Actress Kangna Ranaut’s path to fame, was filled with hurdles and obstacles. She took the leap of faith, without any financial support from her conservative family. Started out as a model, Ranaut soon shifted to theatre because of her thirst for creativity. After giving some stellar performances on stage, she decided to become a movie star. Then started the hardest days.

As an adamant individual, she refused any sort of financial assistance from her father. As a result, she ran out of money and spent her days, eating only bread and pickle. Soon, because of her unique looks, she was spotted by a talent agent who took her to the production house of Mahesh Bhatt. There, after having a fruitful interaction with director Anurag Basu, she finally got her major break in the 2006 hit ‘Gangster’ alongside Emraan Hashmi.

Remember that  knife throwing baddie in Robert Rodriguez classic ‘Desperado’ (1995)? Yes you all know who that is. But very few of us actually know his journey of being an actor. A former drug addict, he was a troublemaker and ended up in prison several times. But during his 5 years of prison sentence in San Quentin, he flourished as a boxer. After landing on a job of a drug counselor, a role of a boxer came accidentally to Danny.

While visiting the sets of ‘Runaway Train’ (1985) because of an irrelevant purpose, he was recognized by Edward Bunker, the screenplay writer and a former inmate who shared prison time with Danny. He was offered the role of an extra boxer but his unique appearance caught the eye of everyone and subsequently he became the bad guy in almost every 90s action movie, and afterwards the favourite bad guy of Rober Rodriguez.

The leading male stripper in the 2012 flick ‘Magic Mike’ was a stripper in real life too. He used to go by the name ‘Chan Crawford’. He is none other than Channing Tatumm. This handsome Hollywood actor did several odd jobs, before getting spotted by a model talent scout. After doing plenty of commercial for renowned brands like Armani and Abercromble & Fitch, and a music video for Ricky Martin, he eventually got his first break as a supporting actor in Samuel L. Jackson starrer ‘Coach Carter’(2005). After that all he touched, turned into gold.

Akshay Kumar is one of the finest actors working in Bollywood. But his journey of becoming a top listed actor, was not devoid of any struggle. Born in Amritsar, Kumar is a son of a military man. A born performer, he was a nobody at first. He went to Bangkok to study martial arts and worked as a waiter.

Upon return, he started modelling and decided to make a career out of it. But fate had something different planned for him. After missing out an assignment in Bangalore, a frustrated Kumar unwillingly went for an audition. There he got his first major break in B-Town, in the 1992 hit ‘Deedar’.

This Brit tough guy’s story can be best described by the phrase, ‘rags to riches’. This martial artist was also an amateur diver, and used to spend his days selling fake jewellery on the streets of London. After getting noticed by a talent agent while doing so, destiny took Statham to Guy Ritchie who was casting for his debut feature ‘Lock, Stock, and Two Smoking Barrels’ (1998). At the audition, in a stroke of luck, Jason was asked to impersonate the same kind of people, he had been working as – ‘a street salesman’. As a result, he effortlessly bagged the role of ‘Bacon’ and afterwards became, Ritchie’s chosen one in movies like ‘Snatch’ (2000) and ‘Revolver’(2005).

This Oscar winning actor from Texas was not keen on following his father’s footsteps. From an early age, he discovered that he wanted to become an actor. From 1991, he started doing TV commercials, until one day in 1992, in which he got the offer of featuring in a Trisha Yearwood’s music video ‘Walkaway Joe’.

After becoming a lesser known face thanks to the music video, he had a chance meeting with a casting director in his hometown. The latter introduced Matthew to Richard Linklater, and he bagged the role of the famous ‘David Wooderson’ in the 1993 cult film ‘Dazed and Confused’.

Started off her career as a dancer at the age of 16, Theron sustained a knee injury that landed her into modelling. After a brief time in modelling, she flew to Los Angeles in a one way ticket. That ticket literally became an one way as she did not have to look back. But the in between time from her landing in L.A to her first major break, was not very pleasant.

She had to struggle with her house rent. One such morning, to cash a cheque sent by her mother, Theron went to Hollywood Boulevard Bank and engaged in a verbal fight with a bank personnel. Right there, she caught the attention of talent agent John Crosby who gave Theron his card, and subsequently introduced her to casting agents. But soon Theron took charge of her own career and spearheaded her own glorious path.

This critically acclaimed young actress is a darling of our generation. She is currently one of the highest paid actresses in Hollywood and her filmography includes blockbuster franchises. However, you will be amazed to know how she landed up on the world of glamour. When she was only 14, she was spotted by a talent agent, while vacationing in New York and became a teen model. This paved the way to her major role in the 2006 TV series ‘Monk’, and the rest we all have witnessed.

Born with the name of Marion Mitchell Morrison, the legendary actor John Wayne was intended to become a football player. After a series of odd jobs, he ended up working at Fox Film Corporation as a labour. His job was to move props, equipment and other stuff. Though he appeared as an extra in a few films, but the real turning point came, when he got to meet director John Ford.

Because of his well built physique, he got the attention of the latter. With Ford also, he kept on working as an extra, but his friendship with Ford grew stronger over time, and eventually Ford introduced him to several other producers. In short Ford was Morrison’s ticket of becoming ‘John Wayne’.

Often called the biggest superstar in India as well as Asia, this ordinary man’s extraordinary journey will actually inspire you to reach somewhere in life. Born in Karnataka, this actor of Marathi origin, ended up working as a bus conductor in Bangalore. During this time, he developed an immense interest in acting and started taking part in several stage plays penned by Kannada playwright Topi Muniappa.

After joining the Madras Film Institute, he got the attention of legendary Tamil filmmaker K. Balachander. After doing several films as a supporting actor, he finally got the breakthrough in the 1976 Tamil movie ‘Moondru Mudichu’. This time also, through the hands of K. Balachander.

Our beloved Captain Jack Sparrow had chosen a different career for himself. The career of a musician. Johnny Depp dropped out of school, when he was only 15 years of old. After few musical gigs and a couple of more odd jobs, he finally ended up as an actor. Let us tell you the full story. In 1983, he married Lori Anne Alison.

Depp’s then wife turned out to be a friend of actor Nicholas Cage. Cage suggested him to pursue a career in acting. Still not too convinced, Depp accompanied his friend Jackie Earl Haley for the audition in 1984 Wes Craven classic ‘A Nightmare on Elm Street’. But unfortunately for his friend, Depp got the attention of Craven. What followed, is a series of small roles, until the release of ‘Edward Scissorhands’ (1990), which gave Depp mainstream success.