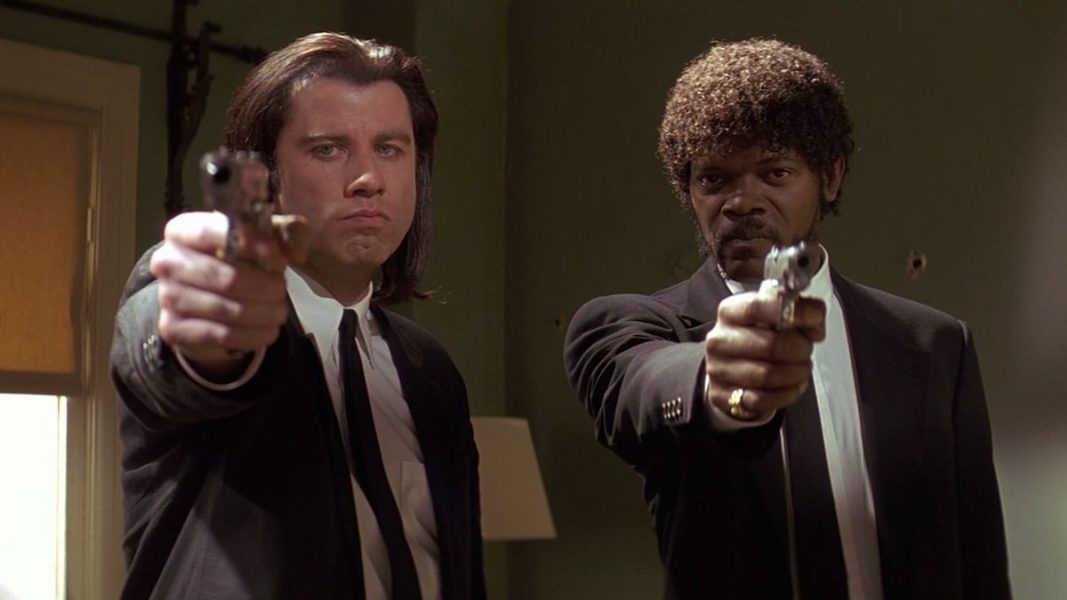 In 1990, Goodfellas (1990) won the critics trifecta, the big three, winning Best Picture from the Los Angeles Film Critics Association, the National Society of Film Critics and the esteemed New York Film Critics Circle. Those three critics organizations are the most important three in North America, though there are critics groups growing in esteem in Boston, Chicago and Las Vegas,  they have not yet become what the aforementioned three are, they lack the impact of the LA, National and NY critics. Though nominated for Best Picture by the Academy, nominated for six awards in all, it would win just one for Joe Pesci as Best Supporting Actor.

What other films or performances have swept the critics awards, perhaps added a Screen Actors Guild Award to their haul, and then lost the Academy Award? Of course winning all the critics awards, the Globe, the DGA and then the Oscar is a massive accomplishment and I take a look at those unique pictures and achievements too in an upcoming piece.

To sweep across the board the critics awards is a huge achievement, but then to have the Academy agree is even greater.

So beginning 1990, here are the films and performances that swept the major critics awards only to come up short with the Academy.

1990: GOODFELLAS wins the major three critics awards as aforementioned, honored by the LA, NY and National Society of Film Critics. Scorsese wins Best Director from all three groups, is nominated by the DGA and for an Oscar only to lose both to Kevin Costner and his fine western epic Dances with Wolves.  History will remember Goodfellas, and frankly it has already started.

1994: QUENTIN TARANTINO FOR PULP FICTION — The seismic explosion that was Tarantino in 1994 had not been seen since Coppola with The Godfather (1972) or Spielberg with Jaws (1975). He re-created the language of the cinema, and Pulp Fiction was the most explosive movie experience of the last twenty-five years. He won all the critics awards, but lost the DGA and Oscar to Robert Zemeckis and Forrest Gump (1994). Though beloved by audiences, which film is better remembered today, just twenty-two years later?

1997: LA CONFIDENTIAL and CURTIS HANSON swept the critics awards with ease, winning Best Picture and Best Director for the superb noir that won rave reviews. The finest film noir since Chinatown (1974), Hanson directed the sprawling story with such bold confidence it was uncanny. BY the time the Globes were announced, Titanic (1997) and James Cameron would become the iceberg to sink LA Confidential, moving on to win the Oscar. Hanson passed this year, but will forever be remembered for this masterpiece.

1997: BURT REYNOLDS FOR BEST SUPPORTING ACTOR FOR BOOGIE NIGHTS — Reynolds, upon seeing the finished film was furious with director Paul Thomas Anderson claiming the filmmaker had ruined the performance in the editing room. But when critics began raving about the film, and Reynolds he backed off and apologized. Written with Warren Beatty in mind, Reynolds stepped in when Beatty demurred. Not since Deliverance (1972) had Reynolds had this sort of praise for a performance. Superb as the mentor, fatherly porn director Jack, he does the best work of his career. An Oscar was fully expected, but denied with Robin Williams taking it for Good Will Hunting (1997).

1998: BILL MURRAY FOR BEST SUPPORTING ACTOR FOR RUSHMORE — No one expected Murray to give an awards caliber performance like he did in Rushmore for Wes Anderson, but at the end of the year after rave reviews Murray won the critics top award. With the National Society, LA and NY critics award under his belt an Oscar nomination and perhaps win seemed likely, but then he was snubbed, not even nominated.

2003: BILL MURRAY FOR BEST ACTOR IN LOST IN TRANSLATION — Five years after the raves he received for Rushmore (1998) Murray gives the performance of his career for director Sofia Coppola, who wrote the part with Murray in mind, as a movie star on the downside of his career, in Japan doing a commercial for a boatload of cash. There he meets and falls for a young recently married young woman, who falls for him too, but it is a tragic love because it can never be. Murray was thrilled with the critics awards, and genuinely wanted to win that Oscar. But he lost and was devastated by the loss to Sean Penn, superb in Mystic River (2003). Murray has never come close again.

2004: VIRGINIA MADSEN FOR BEST SUPPORTING ACTRESS IN SIDEWAYS — A luminous, lovely performance in which she describes herself as she discusses why she loves wine. Not a man in the audience did not fall in love with her in the film, and the chemistry between she and Paul Giamatti was electric, so much so that they both deserved Oscars. She won the critics trifecta but lost the Oscar to Cate Blanchett as Katherine Hepburn in The Aviator (2004).

2005: WILLIAM HURT FOR BEST SUPPORTING ACTOR IN A HISTORY OF VIOLENCE — Twenty years after winning the Academy Award for Best Actor in Kiss of the Spider Woman (1985), his second of four consecutive nominations, Hurt finally won an award again. His career seemed to dry up after Broadcast News (1987), with some bad choices and bizarre behavior on set. Cast here as Richie, the demented mob boss who wants to get even with his brother he was brilliant. He got an Oscar nomination, but did not take the award home.

2008: SALLY HAWKINS FOR BEST ACTRESS IN HAPPY GO LUCKY — The rabbity grinned Brit was excellent in the film and richly deserved a nomination, perhaps even the win. The critics fell in love with her, and she collected all the top awards, but no Oscar.

2010: THE SOCIAL NETWORK FOR BEST PICTURE AND DAVID FINCHER FOR BEST DIRECTOR — How did this urgent, timely film lose?? It swept the critics award, deservedly so, a masterpiece of acting, direction and writing, about the creation of Facebook by whiz kid Mark Zuckerberg, and the fall out from those who accused him of stealing their idea. Directed with sharp precision by Fincher, the film is a modern masterpiece and simply gains in imortance with each passing year.

2011: TERENCE MALICK FOR BEST DIRECTOR FOR THE TREE OF LIFE — If you read me regularly you know what I think of this. He was nominated for an Oscar, after the critical sweep but he did not win. The best directorial achievement I saw in 2011 was Alexander Payne’s for The Descendants (2011).

2011: JESSICA CHASTAIN FOR BEST SUPPORTING ACTRESS IN THE HELP OR THE TREE OF LIFE — With so many films in release in 2011, Chastain exploded onto the forefront with great performances in Take Shelter, The Tree of Life, and was noticed for them all but especially for The Help, which nabbed her an Oscar nomination. She won critics awards for all of her films, naming The Help among them.

2014: BOYHOOD FOR BEST PICTURE AND RICHARD LINKLATER FOR BEST DIRECTOR — It seemed like it was going to happen, Linklater was finally going to win that elusive Oscar for this bold film. Heading into January, Boyhood was the odds on favorite to win after sweeping the critics awards through December, and indeed was nominated. However Birdman came on like gangbusters to take the award.