10 Movies That Were Saved by One Small Decision 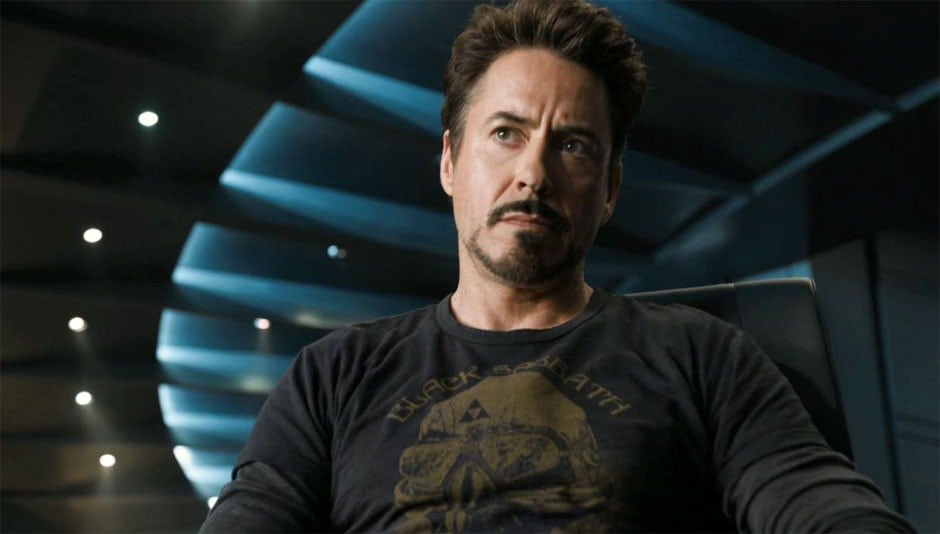 Many a times whether a movie turns out to be good or bad rests on just one small decision. That one decision either elevates the film to a better level or just completely changes the direction that the film ultimately takes. Here are 10 examples of how one small decision ended up saving the film. 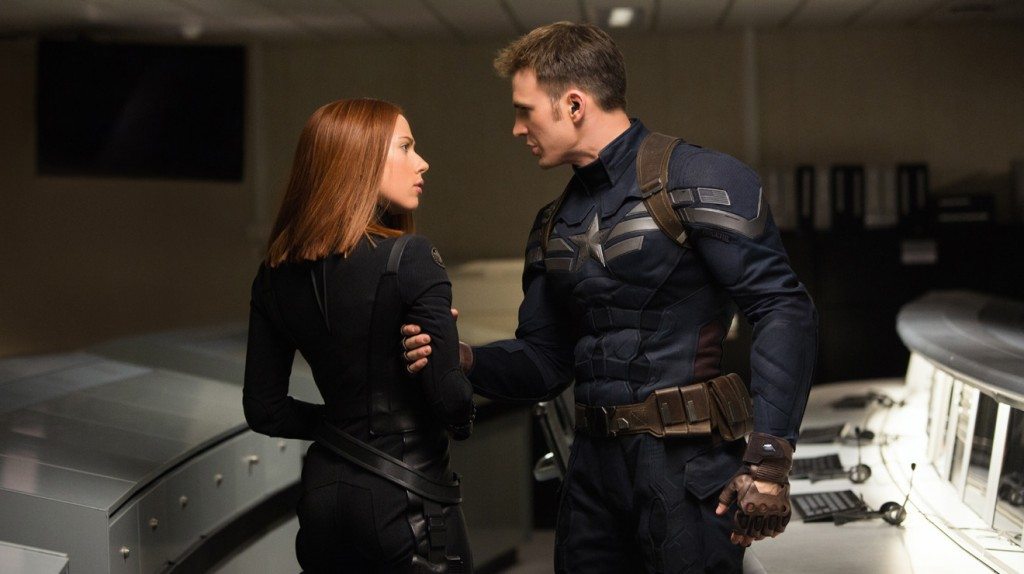 Making a Captain America movie for a modern audience provided Marvel Studios with a few challenges. Cap’s first movie chronicles his exploits during WWII so it wasn’t hard to get people to root for the star-spangled man when he was fighting Nazis. The sequel however, could have gone badly if it had been handled poorly. Taking a hero who is literally draped in the American flag and relating him to a contemporary audience could have been awful (especially with widespread, anti-American sentiments being an obstacle to overcome) but an ingenious plot device managed to nip that problem in the bud. In CAPTAIN AMERICA: THE WINTER SOLIDER, the U.S. Government (specifically, SHEILD) ended up being the villain because of its infiltration by HYDRA. Making your patriotic superhero fight back against a corrupt system eliminated any possible accusations of flag-waiving propaganda. Not bad for a guy who punched Hitler in the face.

The Planet of the Apes franchise had been dead in the water ever since the Tim Burton remake bombed in 2001. With advances in special effects and the growing use of motion-capture, it was decided to revamp the franchise utilizing the newest technology. The apes would be CGI for the first time, portrayed on set by actors using MoCap. The ace in the hole for this production was the casting of Andy Serkis as the lead ape, Caesar. Serkis had already played Kong in Peter Jackson’s KING KONG and was the most experienced actor in the world of performance capture ever since he portrayed Gollum in The Lord of the Rings. Serkis’ performance is remarkable and his presence inspired everyone’s confidence in the production leading to a rejuvenated film series that is both commercially and critically, successful. Hail Caesar!

Taking the plot of the television show of the same name and adapting it for film sounded like another horrible idea used to cash in on people’s nostalgia. We don’t need another stupid reboot, right? This film took care of all of the complains with one, smart choice; it was decided that 21 JUMP STREET: the film, would be a raunchy, R-rated parody of the genre and remakes themselves. The film lampoons remakes and the premise of the original show, with many meta-jokes included. The directors, writers and stars also elevated it to a level no one expected as critical acclaim was high. Additionally, it’s not actually a reboot. Johnny Depp & Peter DeLuise cameo as their characters from the original series, effectively making this a sequel. 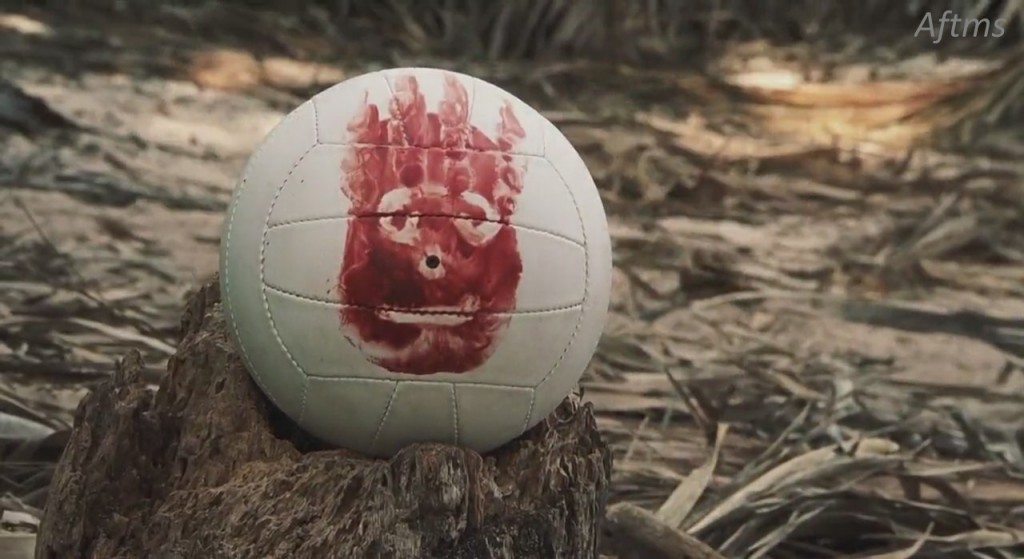 Making a movie about someone who is stranded on a desert island creates one huge issue right off the bat: your protagonist has no one to interact with. Everyone talks to themselves occasionally but that can get messy, especially for someone in a perilous situation. Robert Zemeckis and company decided to deal with this problem by creating the “character” of Wilson, a volleyball that gains a crude face painted in blood after Tom Hanks’ character throws it in a fit of rage. Hanks’ cast away proceeds to name the ball, carry out conversations with it and finally, create an emotional bond with the audience that few would expect.

Hanks has stated that Wilson even had lines of dialogue written out for Hanks to react to even though we couldn’t hear what Wilson was saying. Hanks also confirmed that Wilson’s “voice” was that of director, Robert Zemeckis. Using Wilson as a plot device allowed Hanks to craft one of the best performances of his career. In the film’s climax, Wilson is set adrift at sea. Hanks’ character valiantly tries to save the doomed volleyball, even weeping with regret as he tells Wilson that he is “sorry” he couldn’t save him. Russell Crowe won Best Actor at the Oscars that year for his role in ‘Gladiator.’ I love Gladiator as much as the next person but Tom Hanks made me cry over a volleyball. The Oscar should have been his.

Tom Hanks’ performance in this Robert Zemeckis’ film DID win him an Oscar and has become the stuff of legend. Hanks’ performance as the simple-minded man from Alabama is a revelation that drives the entire film. While his acclaim is well earned, Tom Hanks’ performance only exists because another actor did it first. Michael Connor Humphreys plays the younger version of Hanks’ character. The young actor was from Mississippi and had a very unique way of speaking; specifically, extending vowel sounds at the end of words with consonants.

For example: Speaking became spea-king-AH, and running became run-ning-AH. Originally, they tried to teach Humphreys to speak more like Hanks but ultimately, they decided that Hanks would simply mimic Humphreys. That voice became the foundation for Hanks performance and he has publicly admitted so. Forrest Gump is a cultural icon and he only exists because of pragmatism and a child actor’s rural upbringing. 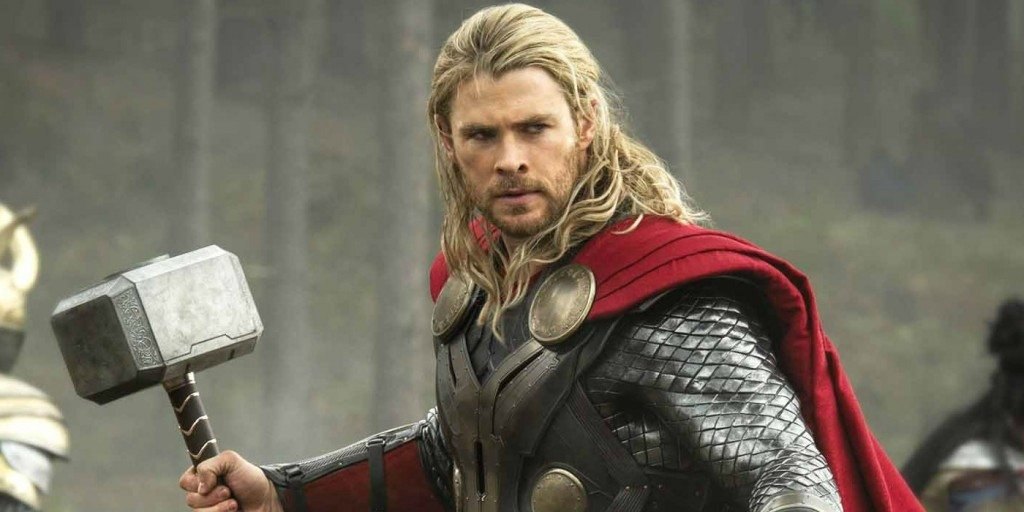 After the success of IRON MAN in 2008, everyone was talking about Marvel Studios. They had not kept it a secret that they planned to assemble the Avengers. Movies were planned for Thor and Captain America, with speculation and buzz being abundant. Thor as a movie? That’s a dumb idea. He’s such a cheesy character and speaks like a Shakespearian actor. Magic hammer? Just plain stupid. There’s no way it will work. But then – Marvel announced that Kenneth Branagh was going to direct THOR. Immediately, the entire idea seemed like it made perfect sense. Kenneth Branagh is a legendary actor and director who was mostly known for adapting the works of William Shakespeare. His Shakespeare films are widely acclaimed and Branagh had proven himself as someone who took the material very seriously.

If Marvel got him to sign on, the movie must have had something to it, right? Branagh didn’t make lame, pop-corn movies and Shakespeare was the perfect research for the world of Thor. The dynamic between Thor, Odin and Loki is very Shakespearian. Putting Branagh’s name on the movie changed the game, overnight. 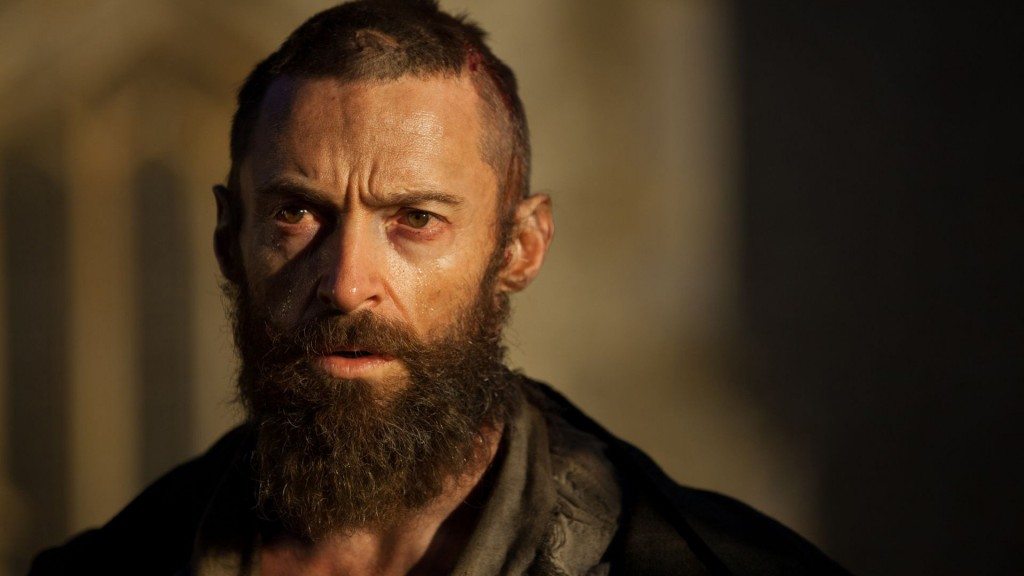 When it was announced that Tom Hooper would direct a screen version of the acclaimed musical, it was expected to be done the way all other musicals are done; with the cast recording the songs in a studio before shooting, then having the cast lip-sing to the recordings on set. Hooper’s production decided to take it in a different direction. In order to work more like a stage production, the actors all sang live, in-camera. Actors were fitted with ear-pieces that allowed them to hear an off-camera pianist who was accompanying them.

The orchestral score was added later on. This allowed the actors to perform their numbers in the moment, allowing for pauses and other variables to add a more realistic dynamic to the film. Also, unlike other stage-to-film musical adaptations, very little spoken dialogue was added. The movie is entirely sung-through (like the stage musical) with virtually no spoken dialogue. The trade off for this process was risking weaker or flawed vocal performances from the actors on set as their performance as a whole was utilized, not just their best take at the song. Anne Hathaway’s performance of “I Dreamed a Dream” was accomplished in one, uninterrupted camera shot. Her performance speaks for itself as to why this process was used. Hathaway deserved that Oscar for those 4 minutes alone, something that could not have been duplicated had she been mouthing the words to a pre-recorded track 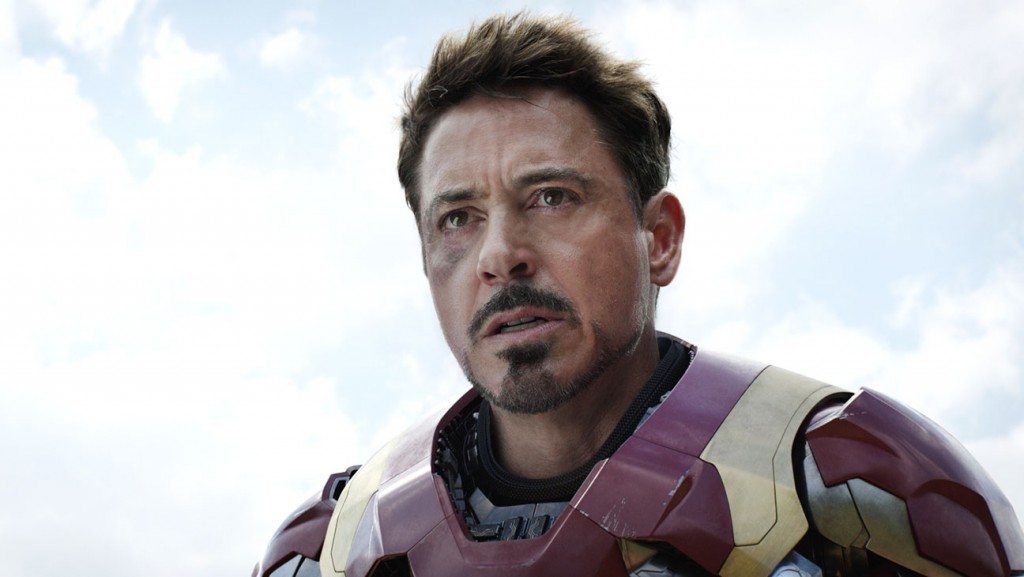 Marvel Studios has always had a knack for choosing directors (as the above entries explain) but their first bold decision that changed the game was allowing IRON MAN director, Jon Favreau to cast the actor he wanted to play Tony Stark. Robert Downey Jr’s career had largely fizzled away by the time Marvel Studios was ready to launch their productions. IRON MAN was their first film and everything that has come since, only exists because of IRON MAN’s success. Downey, who had been through serious problems with the law and substance abuse, was not an attractive choice for the studio and they refused to insure him.

He got paid a meager salary and only signed on for one film because the studio was so hesitant. Marvel would later regret this by the time IRON MAN 2 was ready to come out because Downey had defied all expectations the first time around, making IRON MAN a huge financial winner. Seen as he had only signed on for 1 film, Downey found himself in an amazing position; the studio needed him BADLY and he was able to dictate the terms. Downey’s subsequent work as Tony Stark/Iron Man has become legendary and has made him one of the highest earning actors of the new millennium. The Avengers, Guardians of the Galaxy and the rest of the Marvel Cinematic Universe (now the highest grossing film series of all time) would not have existed without the success of IRON MAN. Robert Downey Jr. is largely to thank for that. 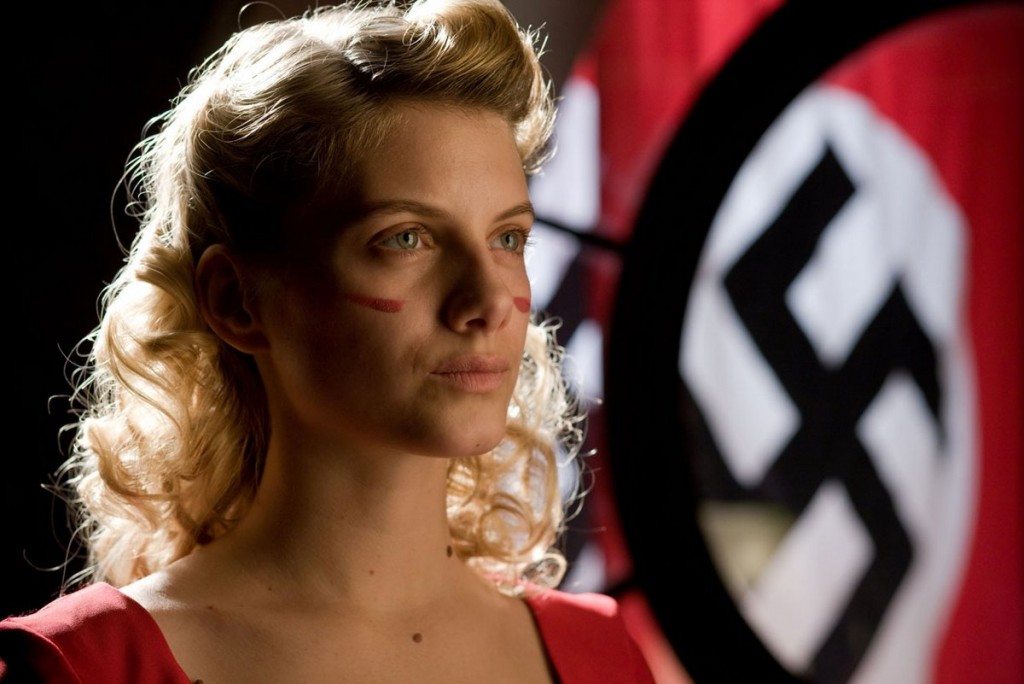 Quinten Tarantino has never made a “bad” movie so it’s not like this one was doomed to fail. However, when I first heard that he was making a WWII film, I was skeptical. I figured it would be Tarantino trying to do Saving Private Ryan and I didn’t get it. ‘Inglourious Basterds’ turned out to be brilliant and the best thing about it was that Tarantino ignored history. He dropped us in to Nazi-Occupied France in 1941 and then…… all bets were off. Tarantino completely re-wrote the ending to WWII and that’s why it works. Tarantino’s WWII had to be different than ours. The Spaghetti-Western, told in multiple chapters uses the WWII setting but fills it with pop culture, film history, Mexican stand-offs and brilliant dialogue like only Tarantino can write. The ending to this film is a blow-out and proves that truth is not always as cool as fiction. 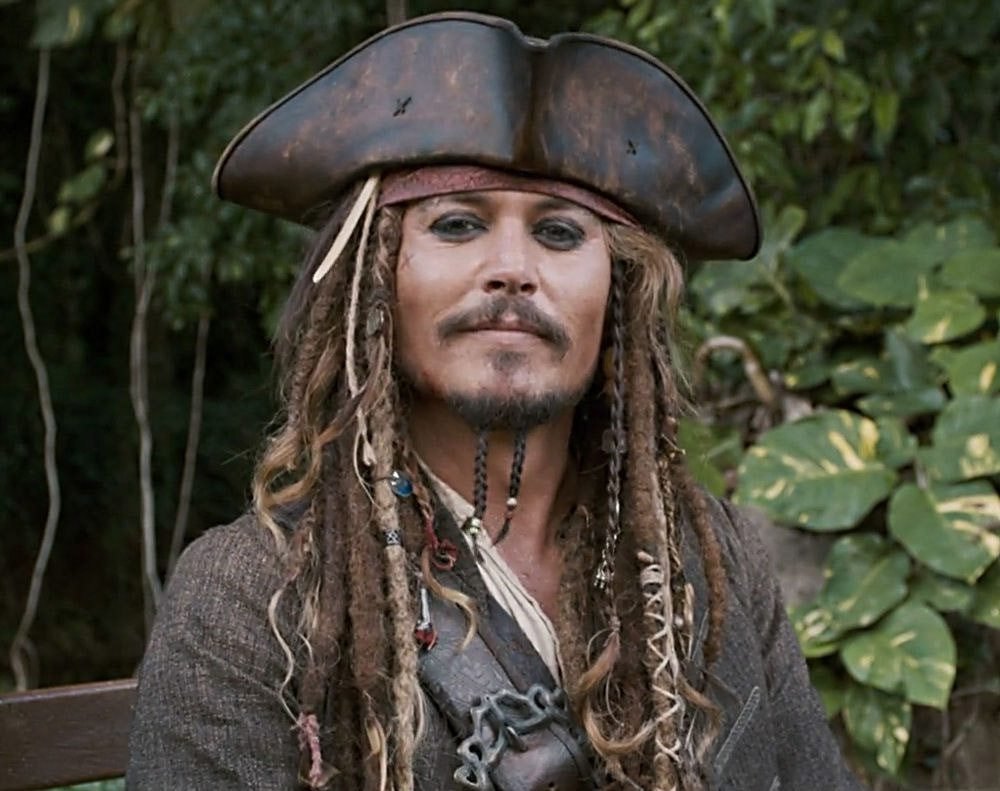 At the turn of the millennium, Disney decided to make a movie based on a theme park ride about pirates. Needless to say, this movie was a bit of a gamble considering it required a huge budget to film. Jerry Bruckheimer got on board to produce the film and Johnny Depp eventually signed on to star. At this time, Johnny Depp was well respected but wasn’t exactly considered a huge box-office draw. Nevertheless, the studio had confidence in him…… until he turned up on set. When Johnny started doing his whole drunken-rock star thing, the producers were freaked out, to say the least. Depp himself recalls that they asked him:

Whatever they actually said, people were nervous. Ultimately, they decided to let Johnny run with it and finish the movie, despite Depp being convinced he would be fired. The rest is history. Depp received his first Oscar nomination and now, 14 years later and more booty than in all the treasure chests in all the seven seas, Depp returns this year for his 5th film as Captain Jack Sparrow. Dead Men Tell No Tales and Disney now lets Johnny do whatever the hell he wants.

Read More: The 10 Greatest Movie Kisses of All Time