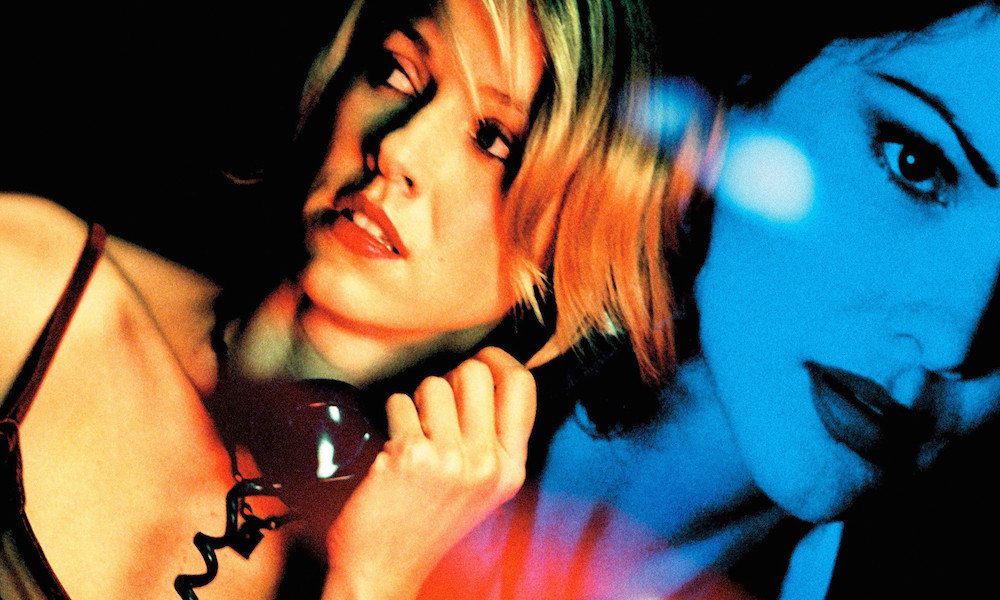 A first watch of Mulholland Dr. results into the following: A head scratch, confusion, brainstorming, realization, acceptance. Only after you accept that what you have watched is nothing short of a miracle, you go for a second watch, to appreciate the nuances, to laud at the filmmaking, the editing, the performances and to glean some sense out of the cerebral and haunting piece of cinema.

Not since Tarkovsky’s shocker of a film ‘Zerkalo’ has a film incited more discussions about its themes. A film that is discussed even today, around 15 years after its release and yet, not every question about the film has been answered. ‘Mulholland Dr.’, quite simply, offers the greatest cinematic mystery of all time.

In this article, we try to explain the major questions that you might have had and its various interpretations.

Now, at its surface and stripping the film down to the most banal meaning, ‘Mulholland Dr.’ is a movie about a struggling Hollywood actress, period. That much is evident in the first few shots of the movie. But therein lies the genius of David Lynch. It is like a perfect starter to a sumptuous main-course.

Is the first two-thirds of the film fantasy or reality? Who is actually Diane Selwyn? 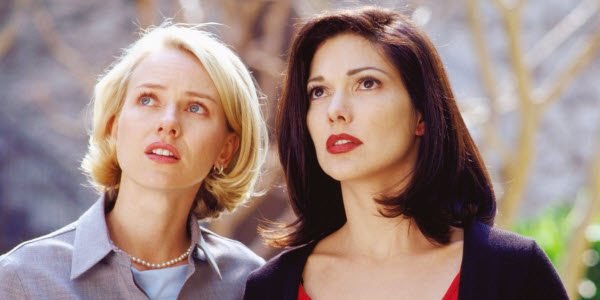 The most obvious explanation of the movie is that the actress Betty is actually Diane Selwyn. The first two-thirds of the film is actually a perfect fantasy that is created by Betty (Diane) played by Naomi Watts. In the real world, she is depressed, washed up and suicidal. She wants to escape the piercing barbs of Hollywood, but she is sinking further and further, unable to cope with her failures.

Thematically, the clues to this are all there in the first few shots. The accident, the injured Diane Selwyn emerging from the car and leaving the scene of the accident. This is like the first layer of the struggling actress’s dreamscape, and becomes obvious only when someone watches the movie for the second time.

Actually, the car accident sequence is more important than we are giving it credit for. The accident signifies many things; Camilla (Laura Harring) picks Betty up at the same location and then takes her to the party, subsequently revealing the fact that Camilla and Adam are about to announce their engagement. It is a perfect starting point to decline of the capability of Betty’s mind to perceive reality.

Logically, this becomes evident in the restaurant scene when Diane hires a hitman to kill Camilla. In the restaurant, she sees the name-tag of the waitress, who is named ‘Betty’. It is here that Diane conceives the name Betty that she uses for herself in her dream.

This explanation gives a lot of food for thought about the nature of identity and stardom; Diane wants to be the perfect star. She wants to be the newbie, who rises through the ranks and eventually becomes a Hollywood superstar. This is the life she couldn’t have; the director she worked with, and is supposedly in love with, chooses another actress over her.

What does the Club Silencio sequence signify? 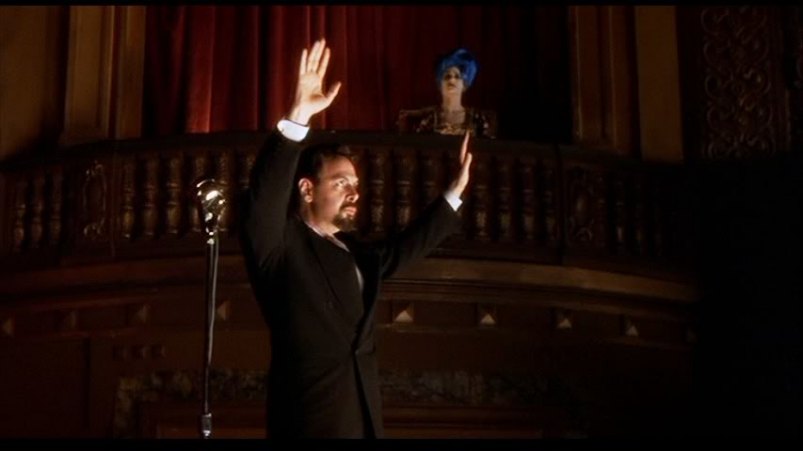 But what the hell was the theater or the Club Silencio all about? We think that the entire sort-of-opera sequence was the culmination of Betty’s dream. ‘Silencio’ – that’s the word at the end of the film, uttered possibly by the magician at the theater-cum-nightclub. It could mean the silence at the end of the Betty’s life – the real one, in which she has possibly committed suicide.

What are the cowboy and the hitman doing in the film? Are they relevant to the story? 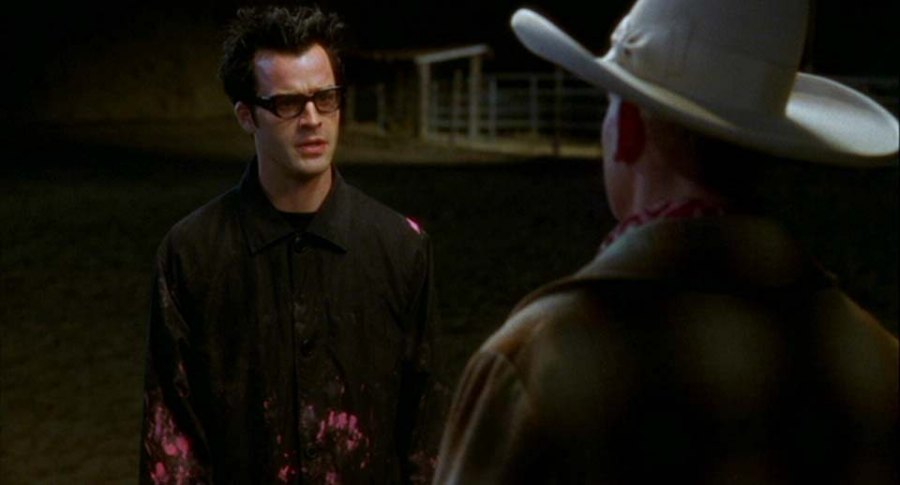 Viewers would argue about the seemingly unnecessary storylines of the Director Adam Kesher (Justin Theroux), his twisted encounter with a lunatic cowboy, and the hitman going on a killing spree. But, once again, David Lynch surprises.

Adam Kesher’s plotline symbolizes the very basic struggle any artist faces – to please the men who have the money or to go with his/her guts. Commercialization vs Artistic freedom. And this ties into Betty’s dream rather conveniently. Betty wanted to be that star – directed by the creative powerhouse Adam Kesher. In her fantasy, she sees Adam struggling and fighting with his superiors to retain her. She sees what she always wanted to see – someone fighting for her. Someone realizing her talent. So, in the brilliantly moody sequence where Betty auditions for the part, this becomes all the more obvious. It is a part of her fantasy where she ‘gets the part; a major film role which could launch her career.

The mad killing spree of the hitman is actually Betty’s fantasy of the killer completing his assignment – that of killing Camilla. So you see, it’s all connected.

The homeless and very scary looking man that appears behind the Winkie’s is an enigma of sorts. What was Lynch’s motive behind showing him ? Actually, there is no perfect answer to this as there could be multiple interpretations of it, but the most logical one is that the man signifies the paranoia of Betty/Diane. Interestingly, the man appears in both the “dream” and “reality” half of the film, and that could be to indicate that Betty/Diane has an inherent fear lurking inside her mind; a fear of unknown. Lynch decided to give this fear .. a face.

But wait! What about the blue box and the key? 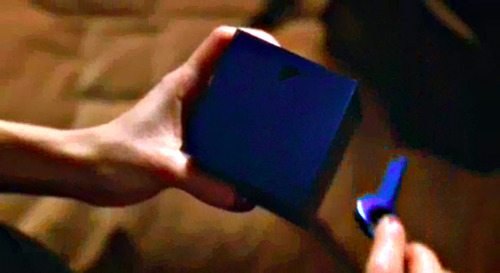 The blue box signifies many things. Inside the box, she has hidden away all her anguish, hysteria and depression – the components of her real life. Locking the box would mean hiding the reality, and constructing her fantasy. So when Rita opens the box, the dream falls apart. The blue box appears in Betty/Diane’s lap at the end of the opera. As I pointed out earlier, this is the culmination of her fantasy. Or rather, it signifies Diane/Betty waking up. The magician is forcing her to face the truth; to deconstruct her fantasy, to open the box and let the harsh truth come out.

Mulholland Drive is one of those cinematic marvels which come once in a decades. It is the stuff which dreams and delusions are made of. It is the brainchild of an artistic mastermind like none other. It is poetry in motion.

All in all, it is art. Pure and simple.